#52 - King's College, Roycroft Hospital and The Battle for Hill 70

Jack McCurrach served in World War I.  Unlike his brother William, he did not make it through unscathed.  But also unlike his friend Dick, he did not die.  He was wounded in August, 1917 in or near Lens, France and spent some 8 months in hospital before being re-assigned to the Stationery and Typewriter Service in London.

Within the postcard collection, the only indication that Jack was overseas for WWI comes in the form of my favourite postcard of them all.  A coloured photograph of King's College at the University of Aberdeen, it was sent by Jack from Nairn on January 25, 1919 to his 5-year-old daughter, Gladys, in Vancouver. 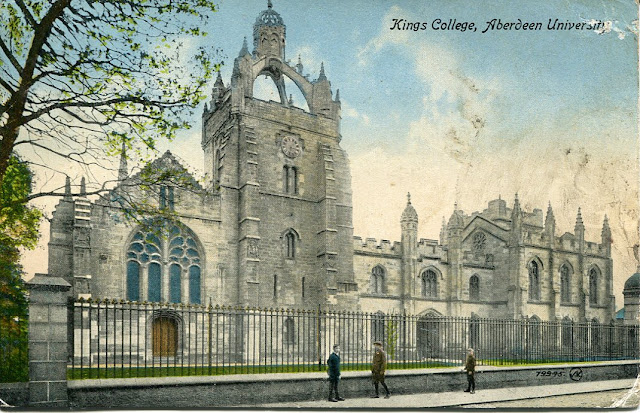 It makes me cry, because of the note on the back:  "My Dear Gladys  Nairne 25-1-19.  Your Granny says to tell you she wishes you and Mommy were here today as well as Daddy.  I hope you are well also Jack and Jim and the others.  We have fine weather here.  I hope I'd soon be back in dear old Vancouver with you all again.  A kiss to you all from Daddy." 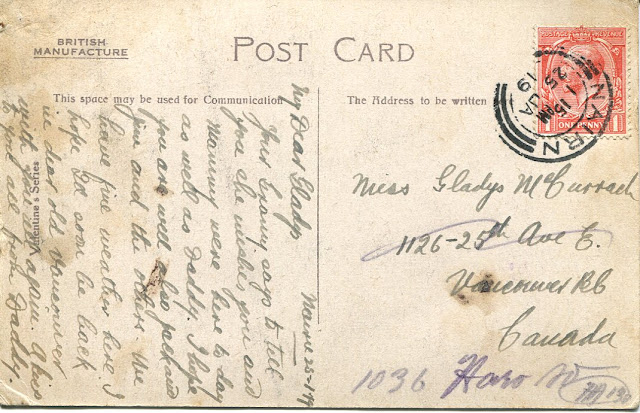 The change in address on the back tells a tale of its own.  Nellie was working at a maternity hospital on Haro Street in Vancouver.  The hospital was called Roycroft and would have been a private institution.  By the looks of it, Nellie was also living there and had Gladys with her.

Kings College was founded in 1495 in Aberdeen.  It was the third university to be built in Scotland and the fifth on the British Isles.  William Elphinstone that year petitioned Pope Alexander VI on behalf of King James IV to build the institution to help battle the ignorance he had seen within his parish and in the north generally.  Construction of the chapel began in 1498, it was consecrated in 1509, and by 1514 had 42 staff and students (Wikipedia). George Keith (of the Keiths of Keith Hall), the fifth Earl Marischal, established a second university in Aberdeen in 1593.

Ahead a little over 300 years, Jack was wounded at Lens, France on August 22, 1917 (if you are interested in looking for the personnel records of someone who participated in the C.E.F. during WWI, check out Library and Archives Canada's search engine here).  At the time he was a member of the 47th battalion C.E.F. and saw little front line battle before getting wounded.  The WWI engagement known as the Battle for Hill 70 took place in August, 1917.  Hill 70, as it was known, is located to the north of the city of Lens in France.  Lens is in the administrative district now known as Hauts-de-France, and within the district of Pas-de-Calais.

Operation Order No. 78 was sent out on July 25, 1917.  The final objective was to force "... the enemy to evacuate LENS, (and with this in mind,) the Canadian Corps has been ordered to capture Hill 70."  The decision to focus on capturing Hill 70 (and not the city itself) was the first big decision for Arthur Currie who had just been promoted to lieutenant-general (Capturing Hill 70 p.3).  The Operation Order, as well as my great-grandfather's experience, tells us that the battle did not exclude the city - rather, targets imperative to communications and troop movements to and from the city (specific trenches and the Lens-Grenay Railroad) were attacked at the same time. 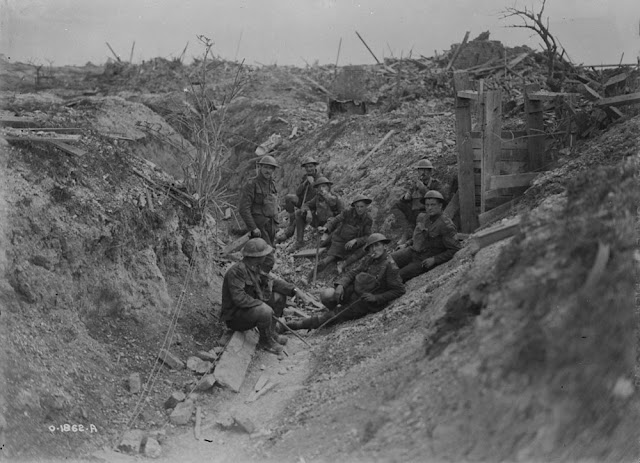 Hill 70 was taken in the battle, but the city of Lens remained in the hands of the Germans at the end of August.  Hill 70 and the fighting in Lens ended up with huge losses with Canadians losing 9,000 soldiers and Germans losing and estimated 25,000 between August 15 and 25, 1917 - more than the Second Battle of Ypres.