#48 - Christmas Joy for a Little Girl

Being only 4 days before Christmas, 2016, it seemed right to do a post on Christmas postcards in Jack and Nellie's collection.

Christmas Postcards used to be quite the fad.  As were those for birthdays, anniversaries, and other holidays.

Sometime in my grandmother's early life, she received a postcard to wish her a Merry Christmas. 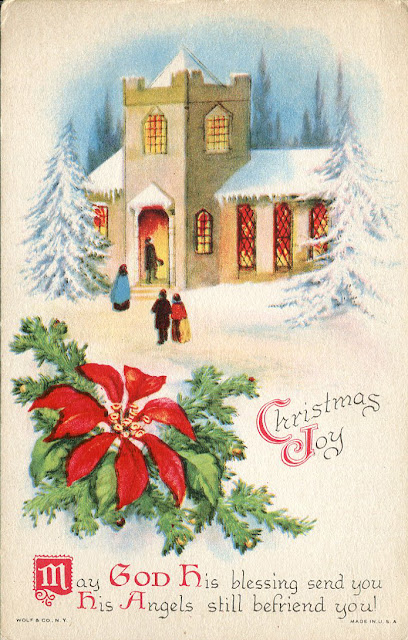 Written on the back is simply "To Gladys": 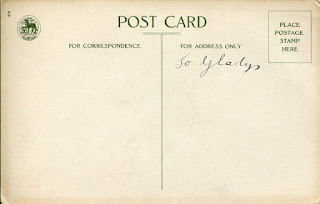 This postcard would have to have been sent no earlier than 1914 as that is when Gladys was born.  And since the company that made it (Wolf & Co. N.Y) went out of business in 1931, it must have been sent before then.

The first Christmas card was sent in 1843 (strangely the same year Dickens published "A Christmas Carol").  The card was created by Sir Henry Cole, the founder of the Victoria and Albert Museum.  All the Christmas letters he received from friends became too much to reply to, so he decided cards would be easier.  He had a friend design them and had 1000 cards printed to fill the need to reply to all of his correspondence. 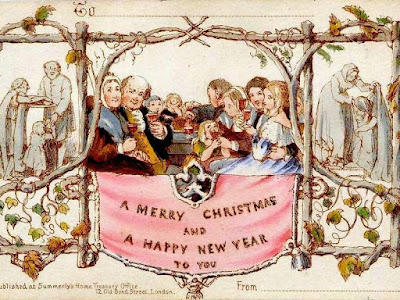 Christmas cards continued to be in postcard format until, in 1915, someone found there wasn't enough room to write a long enough note on a postcard, and the book format was designed (ironic that the Christmas card started to eliminate writing letters, and then expanded to make room for writing a letter!).

Since the postcard format was going out of style, I think we can assume that this card to Gladys likely occurred in the first 10 years of her life (before 1924).  I assume when she was even younger based on the dates of the other postcards.