This birthday postcard was addressed to Belle McCurrach (Jack's Sister) and signed Gladys and Nellie (Jack having gone to war in February, 1917, it was most likely written between then and August 1919 when he came home). Belle's birthday was in June, so June 1917, 1918, or 1919.  The Postage on the back are two 1-cent Canadian stamps with King George V on them - 1911 or 1912 version, I believe. 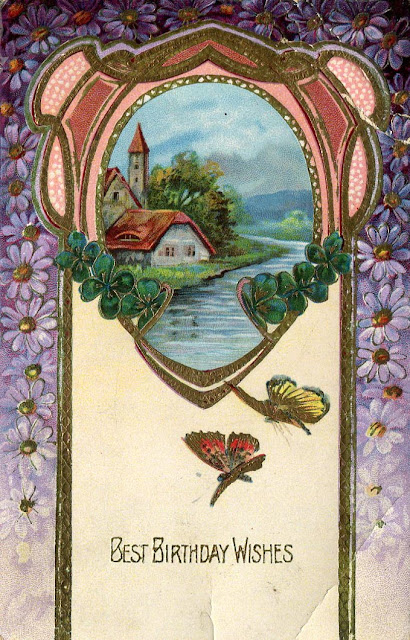 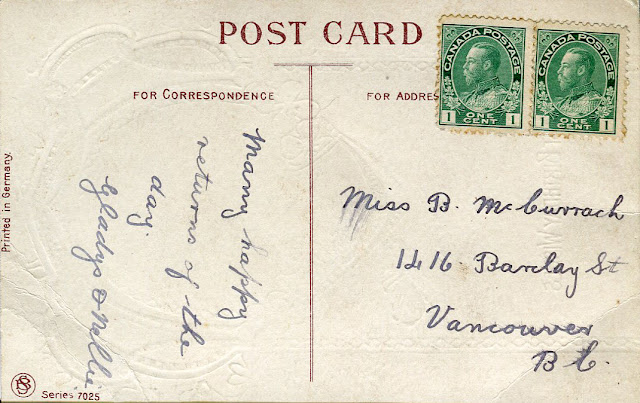 Stating "Many happy returns of the day. Gladys and Nellie", the postcard doesn't appear to have been mailed.  Since they lived in the same city, perhaps they delivered it by hand or, for some reason, never sent it to her.

Okay - so all of that stuff is pretty straight forward and maybe a little boring.  The interesting part was when I looked up the address that Bella lived at.  Turns out (thanks to the 1919 Henderson's Greater Vancouver City Directory) that Bella worked as a domestic servant for a man named James Dick in a very swanky part of Vancouver.  Mr. Dick lived directly across from Gustave Roedde - Jack's employer before he went to war.  So I wonder if Jack's being employed by Roedde had anything to do with Belle getting the position as Mr. Dick's domestic servant.

James Dick was part owner (with his brother) of the Vancouver Woodyard, which was located at the south end of the Cambie Street Bridge (at one time known as the Connaught Bridge).

Here is a photograph of the south end of the Connaught Bridge in 1915.  See if you can spot the lumber industry in BC (yes, I'm being sarcastic). 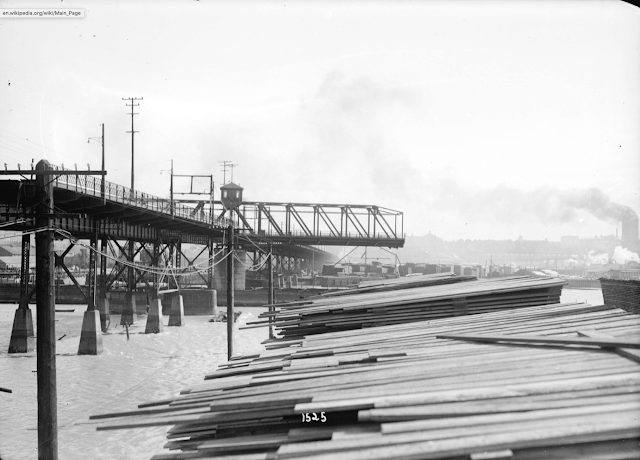 False Creek at that time was an industrial area housing many sawmills, planing mills, foundries, steel works, machine shops, etc.  It was so polluted, it was also known as "shit creek".

I haven't found Vancouver Woodyard on the map, but they are in business by 1909 when their listing in the directory says "with Vancouver Lumber Co."  And the Vancouver Lumber Company is basically all the stacks of wood you see centre right in the photo.

The Dick brothers appear to have done alright for themselves.

I wonder if there was a distinct difference between "lumber" and "wood" at this time in Vancouver.  Perhaps the Dick brothers specialized in the better wood used for furniture and trim, while the Vancouver Lumber Company provided building lumber.  Not sure.

Read Next Post
Posted by Sandi Ratch at 9:55 AM