When I wrote an earlier post about Atlin and the gold rush, I had this particular postcard in the pile to include with the others in that post.  But then I took a closer look at it .... 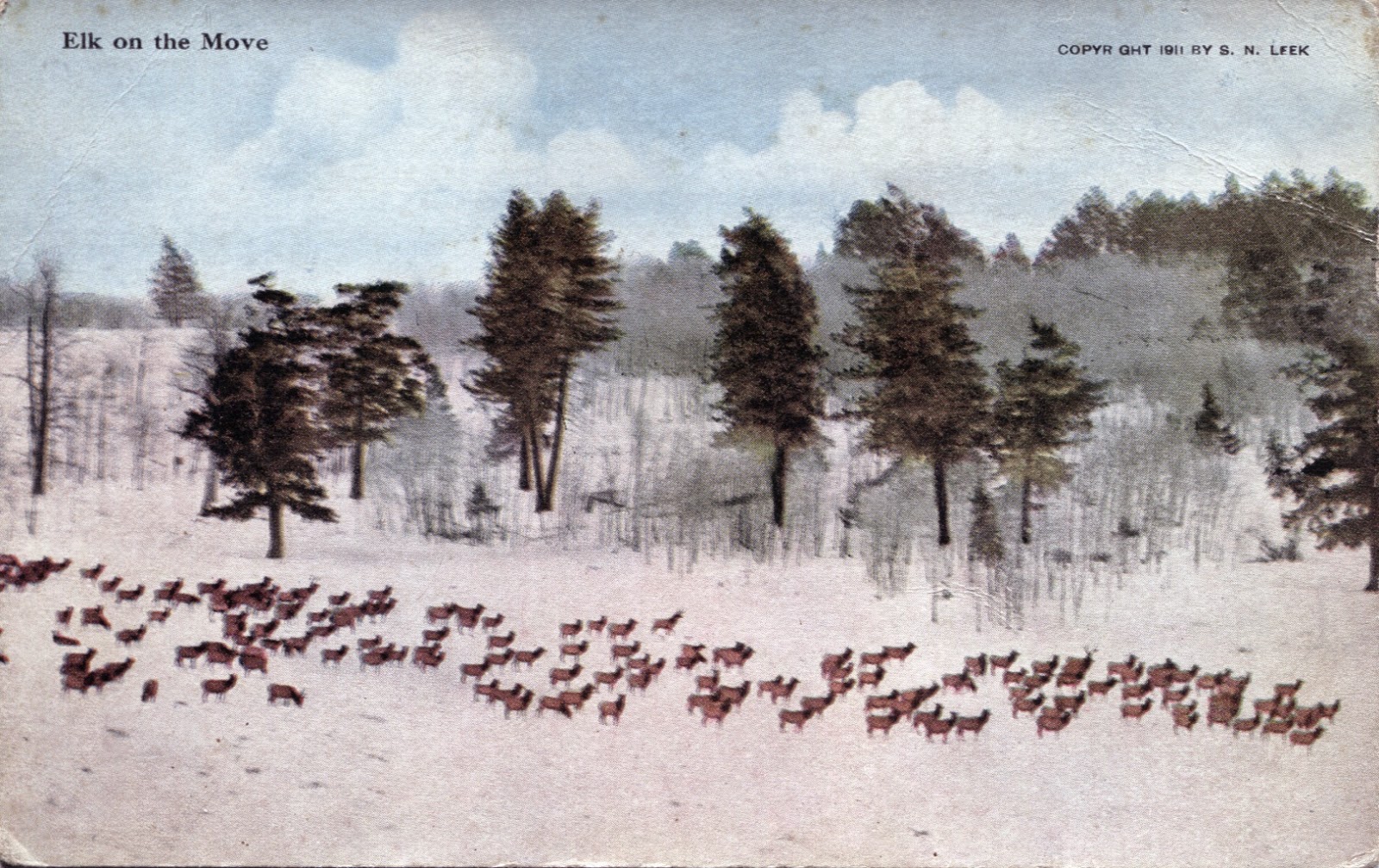 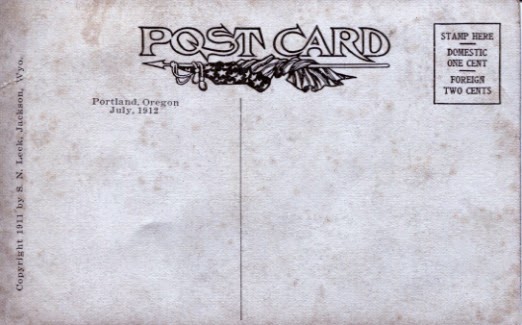 Now, just because it is copyrighted by someone in Wyoming and has Oregon printed on the back does not mean that it wasn't bought in Atlin - and it may well have been - but I doubt it.  When I looked into S. N. Leek, I expected to find little if no information on a photographer over 100 years ago - the kind of stuff I normally find.  But this time I got a surprise.

The National Elk Refuge in Jackson Hole, Wyoming, was established in 1912 - in large part due to the actions of S. N. Leek.  I'll summarize, but if you are interested, the whole story can be read here in the is article by Shannon Sullivan:  http://www.jacksonholehistory.org/online-exhibits/national-elk-refuge-1912-2012/

S. N. Leek homesteaded in South Park, Wyoming, in 1891.  At that time there were around 30,000 elk in the region - no longer migrating through the area because of human development, the herd stayed in the region for the winters.  Leek became a hunting guide with one of his clients being George Eastman (of Eastman Kodak fame) who gave him a camera.

Three harsh winters put the herd in danger from 1909-1911 when numbers decreased to less than 10,000.  Local residents started to feed the Elk hay as they were dying in such numbers.  Leek took pictures of the problem, publishing them in magazine and newspaper articles and giving lectures around the country - leading to the establishment of the Elk Refuge.

If you take a look at his book found at this link, you'll see the photo that is also this postcard along with many other photos of elk and hunters and such.

(Personally, I find it strange that the people who want to help preserve animals are often the ones who also want to kill them - I mean, I understand it, but they seem like different goals.  They aren't, but it feels like it, you know.)

Anyhow, why is this postcard in this collection??  Well,  I don't know.  Maybe someone went to Wyoming.

When I was a kid, several times we went down to Yamhill Oregon to visit Uncle George and Aunty Gladys - two unmarried children of Uncle Alec - an incredibly old, deaf man who scared me (he died in 1973 at the age of 89 when I was 4, so when I knew him I was really little and not used to the elderly - and, well, he was grouchy!).  Alec had come to Oregon from Scotland and was one of my Great-Grandmother's brothers.  He and his wife, Helen (ore Ellen or Nella - depending on which census you are looking at - I bet she had a thick accent and the recorders couldn't understand her) had 7 children, I believe.

I have some wonderful memories of the visits we made to Oregon to see Uncle George and Aunty Gladys.  They had a farm and we got to collect eggs and play on the hay bales.  But the barn is what I remember the most - George had dairy cows and I remember that old, dilapidated barn (you can just barely see it in the photo below).  One year, a distant "cousin" of mine (don't ask his name, I don't know it) were plopped on the back of a rather sedate bull of George's.  Here's proof (and an image of me as a grubby farm kid): 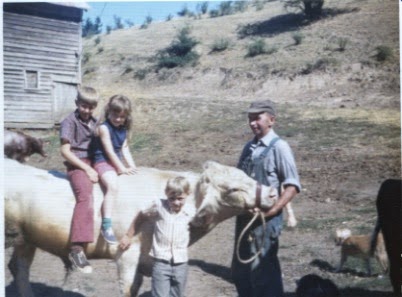 Funny where one old, unused postcard can lead - from Atlin to Wyoming to bull riding in Oregon.