So the other day I posted a "Photograph" of Jack McCurrach's sister (Nellie), her husband (John Moir Smith), and their 3 children.

They are photographed in front of "Seaforth Cottage," Garmouth, Moray, Scotland: 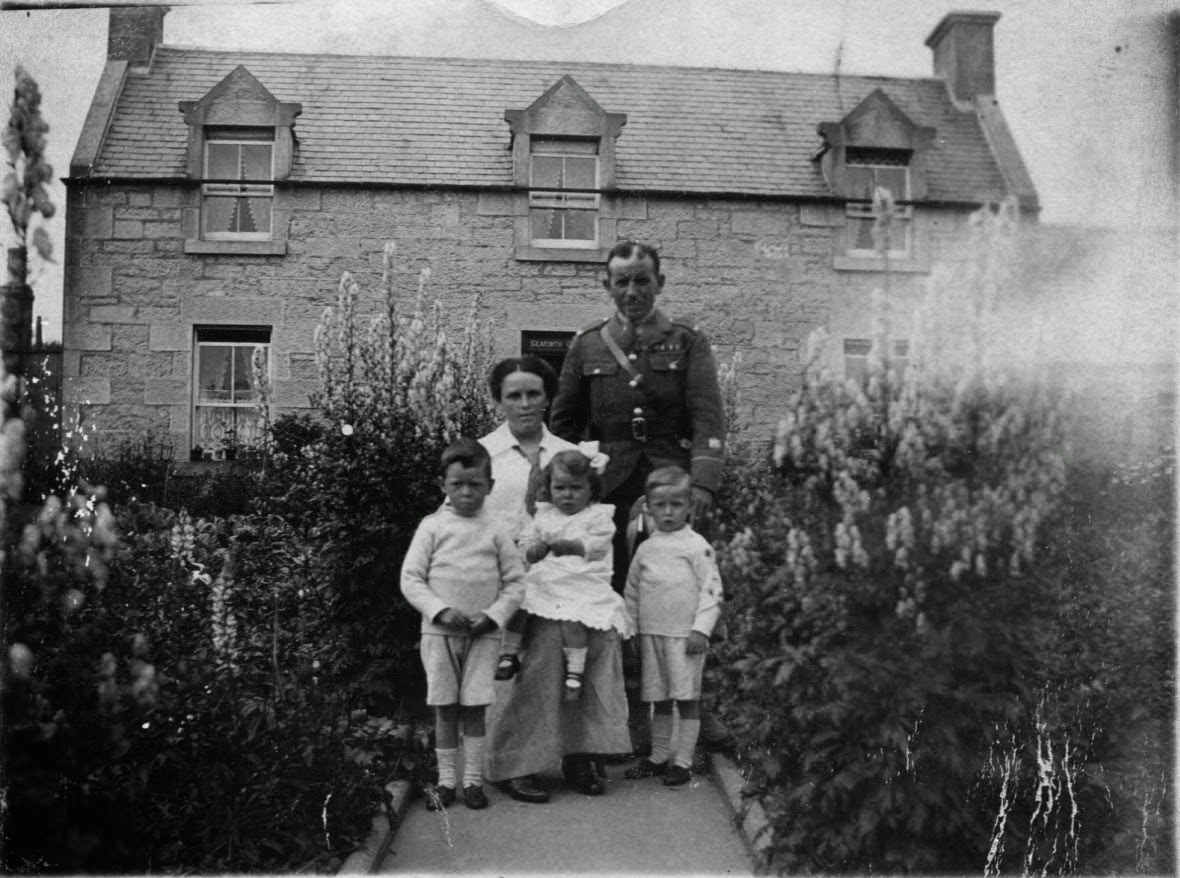 Well, it turns out this was actually a "Real Photo" postcard (I just needed to turn it over ... darn it!).  Real photo postcards were ones that were taken of people and printed onto postcard paper - they were introduced in 1902 by Kodak, and people could take their own postcard pictures: 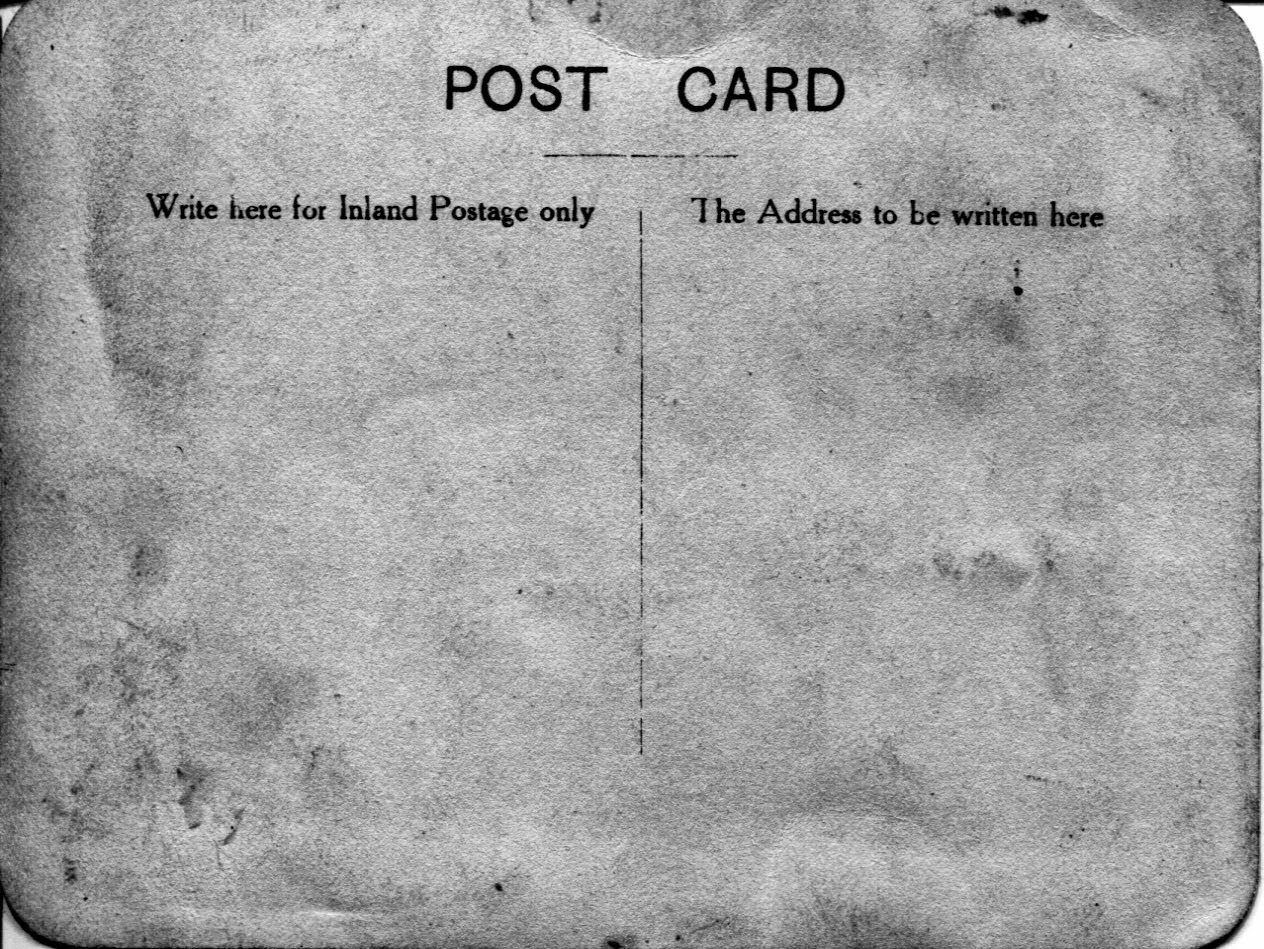 Unfortunately, it was never written on or post-marked, so it provides us with no clues about the family, but these types of postcards were certainly interesting in themselves.  It tells some about communication at the time - the fact that photographs were available to people for such purposes - and that this family had enough money to use the service.  They (or a friend) may have had their own Kodak camera for this purpose, or they may have paid for the service of a professional.  I would assume that this is one of many they sent to friends and families.

Today I was looking through Google Streetview at Garmouth to see if I could find the house.  I tried a couple of days ago to no avail, but today I found reference to the house possibly being on High Street, so I took a really close look.  And, by golly, I found it - and it was confirmed by someone on the Garmouth and Kingston Village Hall Facebook site.  Thank you so much to that person who is now trying to hook me up with someone who can give me some more information about the house (sorry, I don't know your name!). 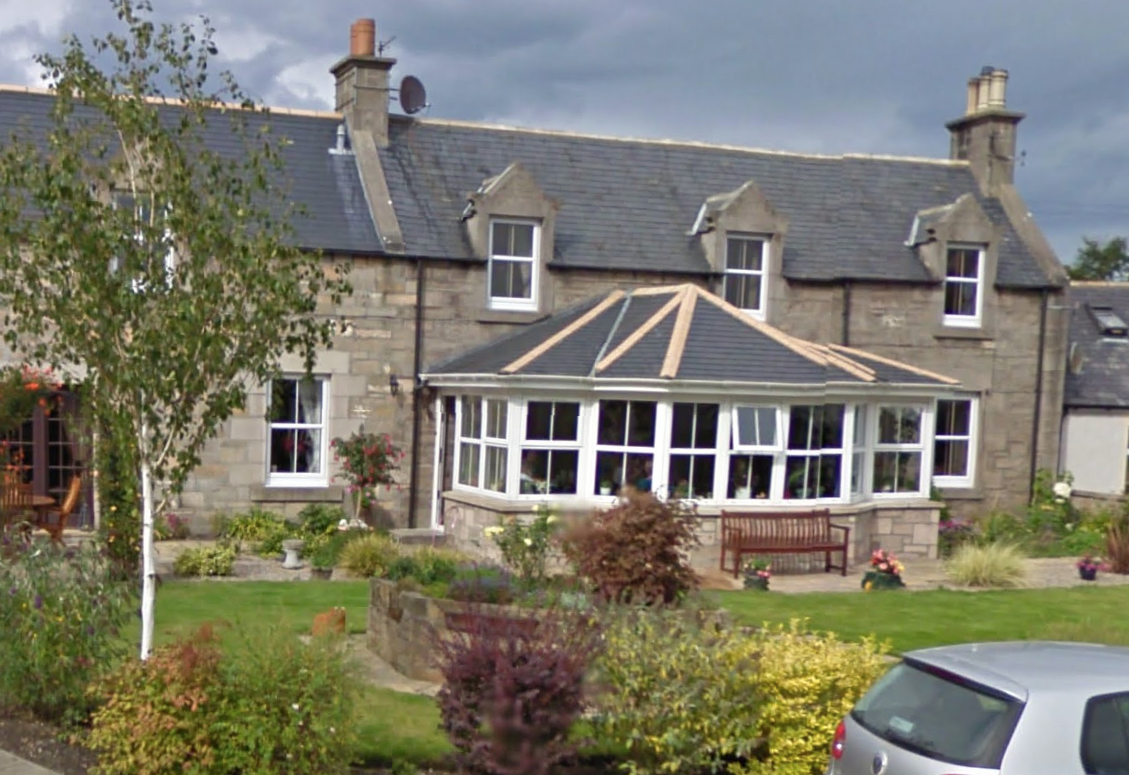 It has been added to on one side and the front (and maybe the back, can't tell with this picture), but it IS the same building.

Also interesting, after only knowing that this man was "Regimental Sergeant Major Smith" (my Great Uncle Jim, who was in England in WWII, and met the little girl in the picture who was then about 20 - and he may have met his aunt and uncle, although I don't know that for sure), I now know that his name was John Moir Smith.  He was indeed a Regimental Sergeant Major with the Seaforth Highlanders, which he joined in 1888 (when he was 20).  From "The Morayshire Roll of Honour" (1922), we find out that he: "served in France and Germany; awarded Distinguished Conduct Medal, Queen Victoria's Sudan Medal, North West Frontier Medal, Long Service and Good Conduct Medal, and Khedive's Medal for Atbara, Chevalier de l'Ordre de Leopole II, Croix de Guerre, and Meritorious Service Medal."  From this list, I have learned that he served in the Sudan, India, and the Congo.  And since the book is about the men and women who took part in the Great War, he also served in WWI - that's what "served in France and Germany" means, I'm thinking.

So by the time he got married to Helen Jane McCurrach in 1911 (14 years his junior), he had lived an adventuresome life as a soldier on other continents, and then served again after they were married.  No wonder my Great Uncle Jim (Jack's son) was so impressed by R.S.M. Smith and remembered him by his rank rather than his first name.

Nellie was the third child of Jack's parents John and Susannah, and was given to an aunt and uncle to raise.  She certainly ended up in "better circumstances" than her parents had been in.

When my uncle Jim met his 20-year-old cousin, she apparently said:  "I dinna kin when ya from, but I know you're a McCurrach."

View next postcard post.
Posted by Sandi Ratch at 8:24 AM