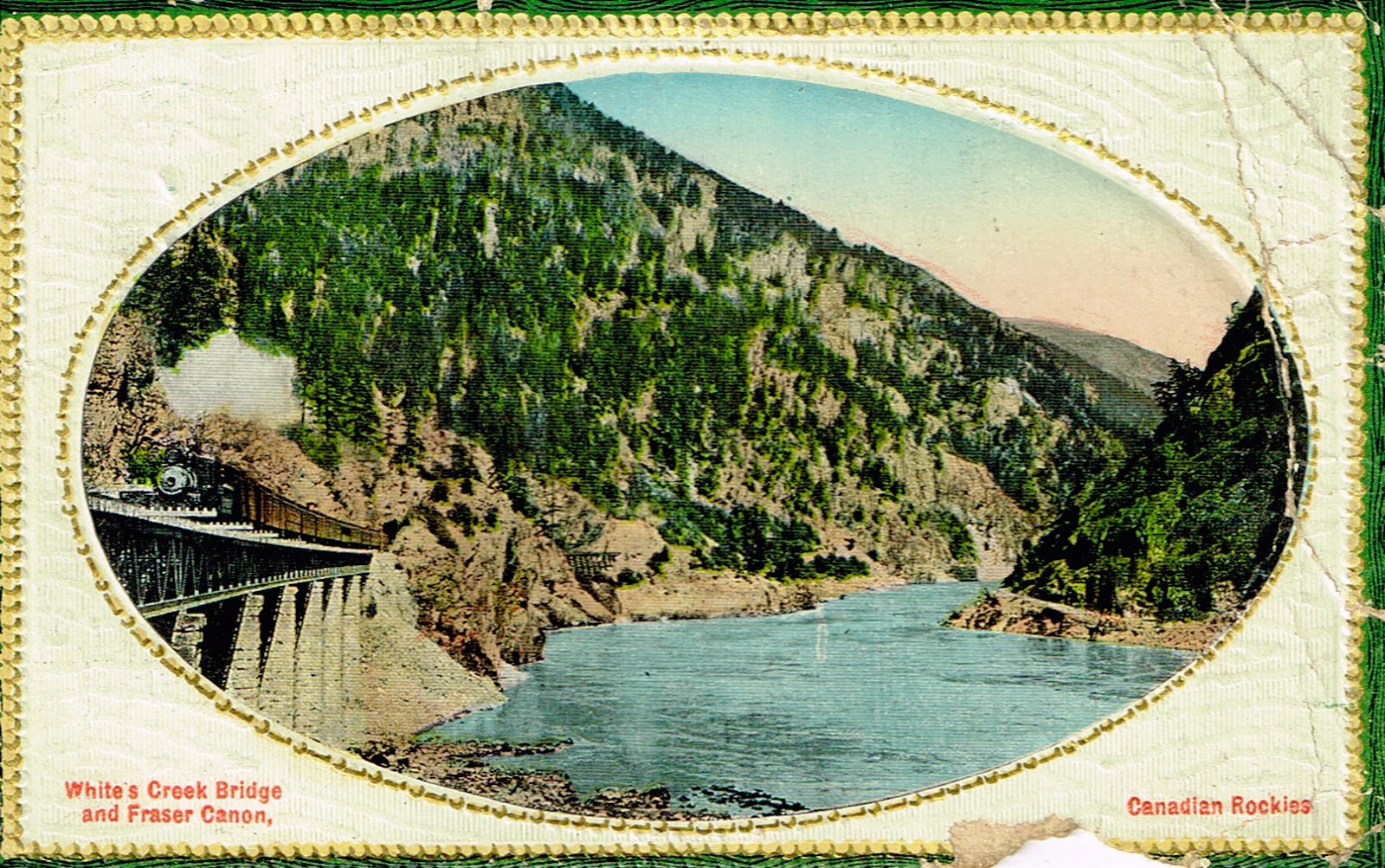 As you can see, this postcard is from White's Creek Bridge in the Fraser Canyon (not actually "Canon" as it says on the card).  You'll also note that it says "Canadian Rockies."  Not sure if this was a series of postcards called "Canadian Rockies," but the Fraser Canyon is not in the Rocky Mountains.  In this area the river divides the Canadian Cascades from the Coastal Mountains (from what I understand).

I can't absolutely identify this spot on the map, but another postcard (found on the internet) notes that it is near Spuzzum (which you can barely read at the top): 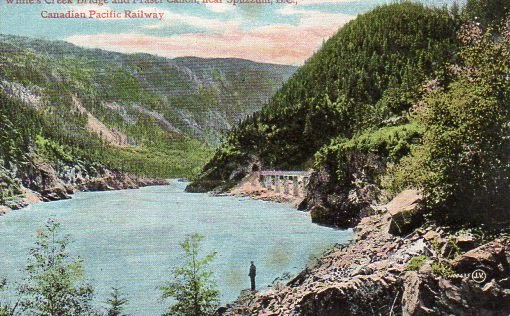 "White's Creek Bridge and Fraser Canon (looks like it is mis-spelled here, too - what's with that??), near Spuzzum, B.C., Canadian Pacific Railway"


As seen in this past post, Spuzzum is an interesting town just north of Yale on Highway 1 in B.C.
The CPR was built in the 1880s, with the last spike being driven in 1885.  So I assume that this bridge was built during the construction of the RRd.  I'm sure if I am wrong on that, someone out there will tell me, please.  I can't find White's Creek on any maps, only in other postcards of a similar age.

The back of the postcard reads:  "Got to Winnipeg this morning.  Met Bill and the wife.  they were down at the station at 3 in morning and we got in at 4 but we only had a few minutes with them the two of them are looking well.  we are having a fun time.  Dick"  He was writing from Winnipeg although he seems to have mailed it later. 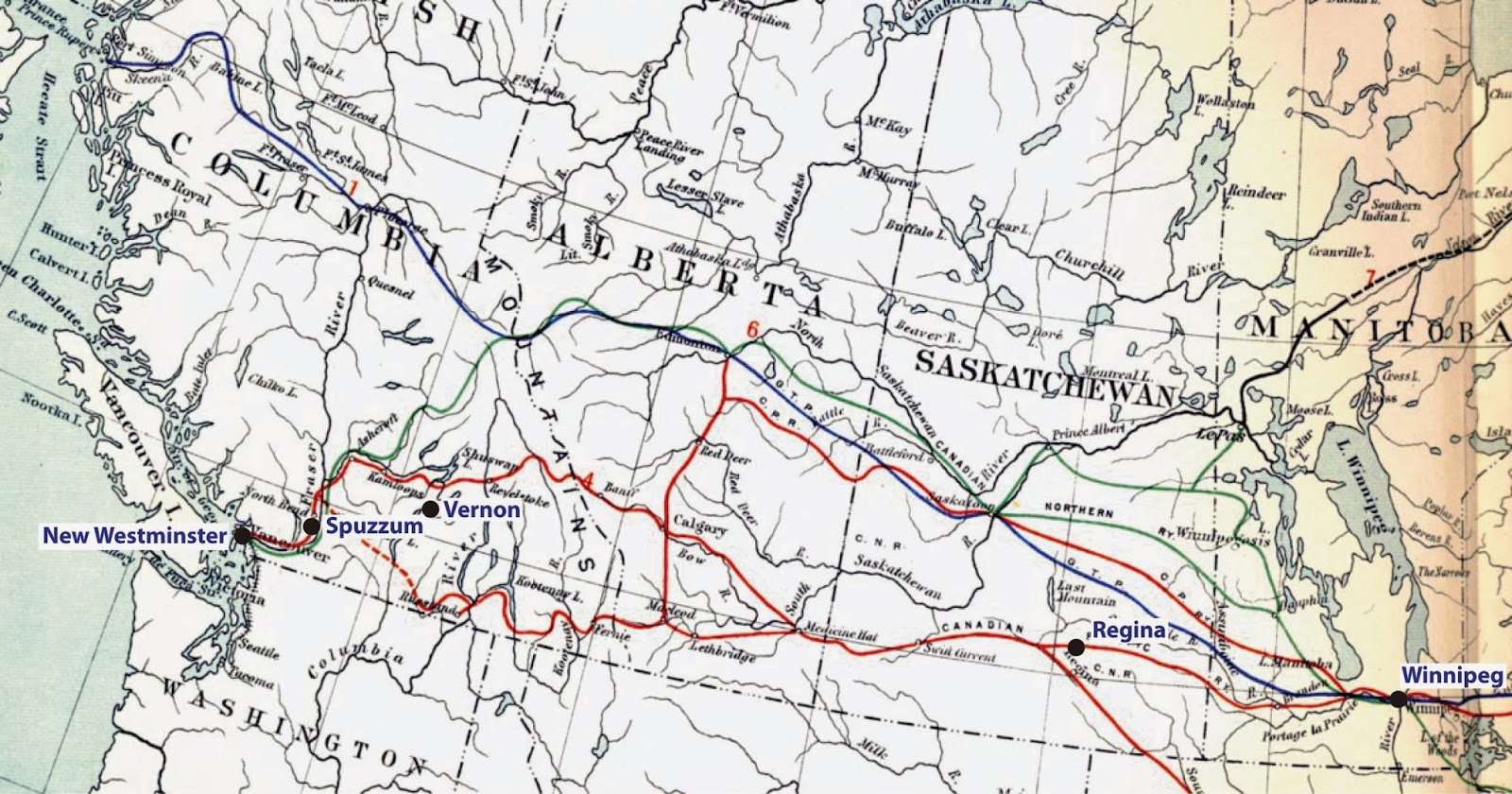 The red line is the CPR - Dick would have travelled along the main line that went through Calgary.

The post mark is from Fort William - Now part of Thunder Bay. 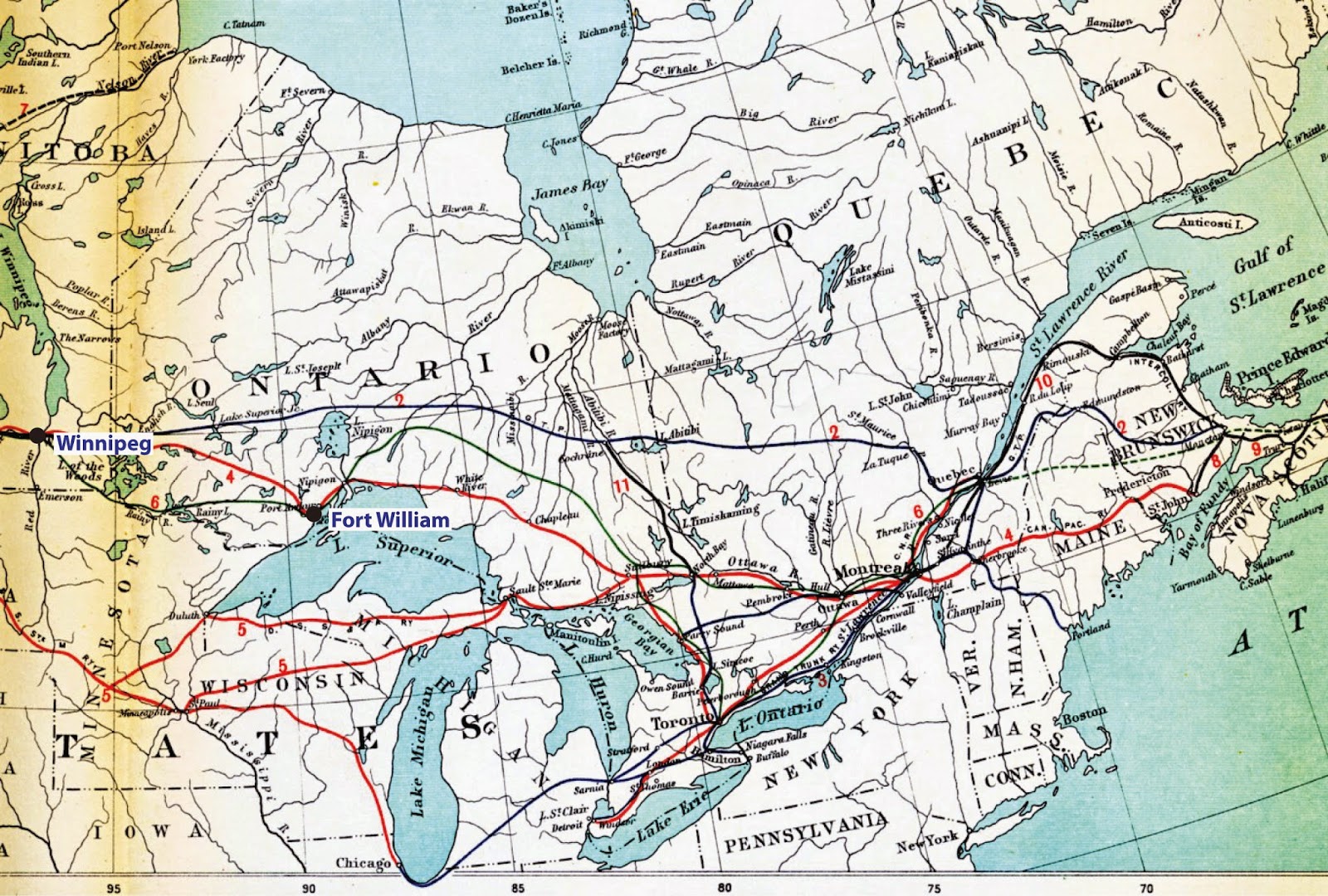