So before we continue with the story of Dick Grant headed to war, it would probably be better to go back and see the rest of the cards that ended up in our collection from the Atlin area.

Since I didn't know most of the story before, and since these cards are not post-marked, I really didn't know where they fit into the story.  But now I do - before Dick signed up with the 47th.

So here are some postcards from the Atlin and Discover, B.C. area.  None of them were postmarked, and most of them did not have much of a message if any at all, so really I was just dealing with images - except for this first one.  But now that I know who was up there, I have some answers (and way more questions).  For now I am (reasonably) assuming that these cards are associated with the Grant brothers. 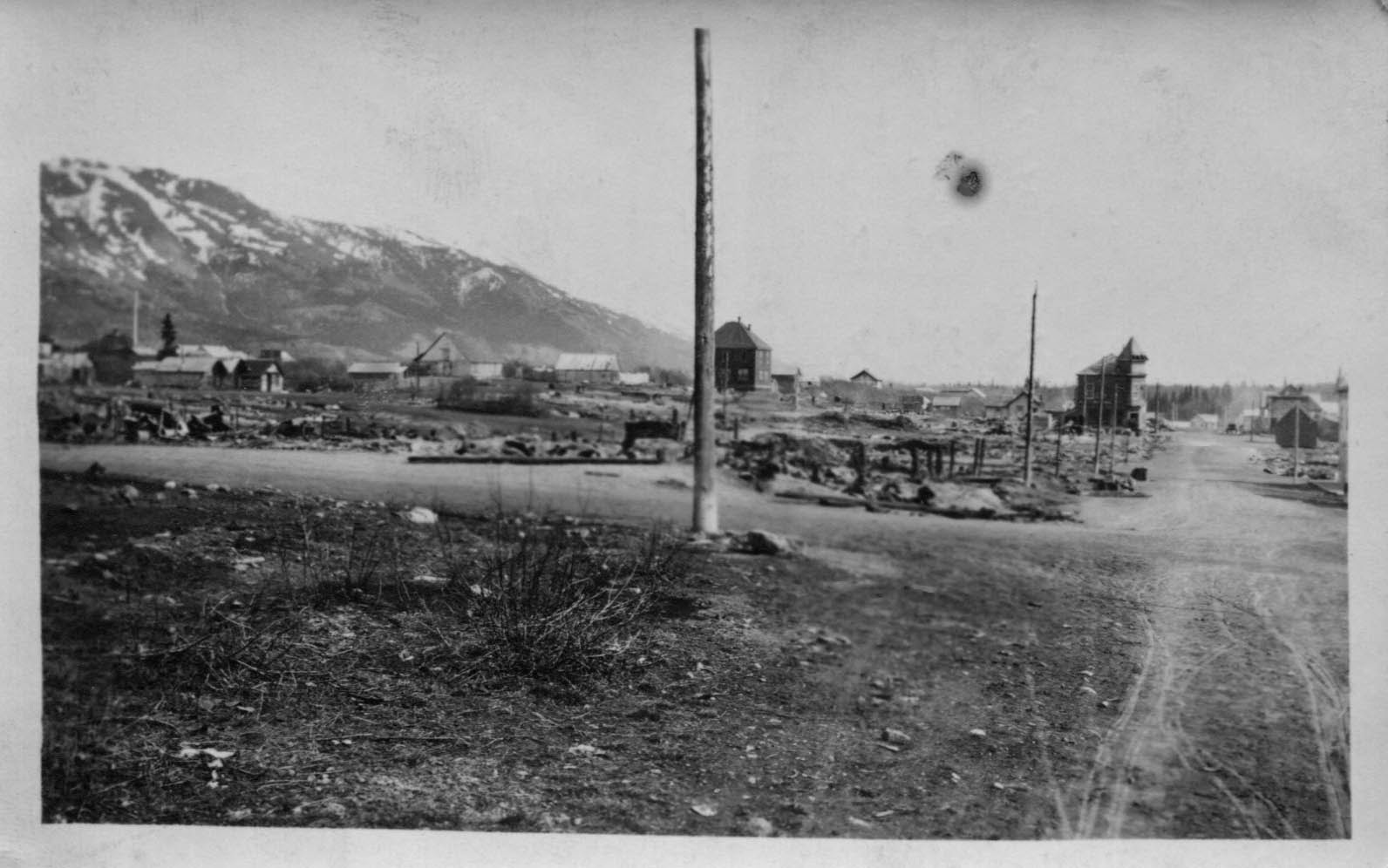 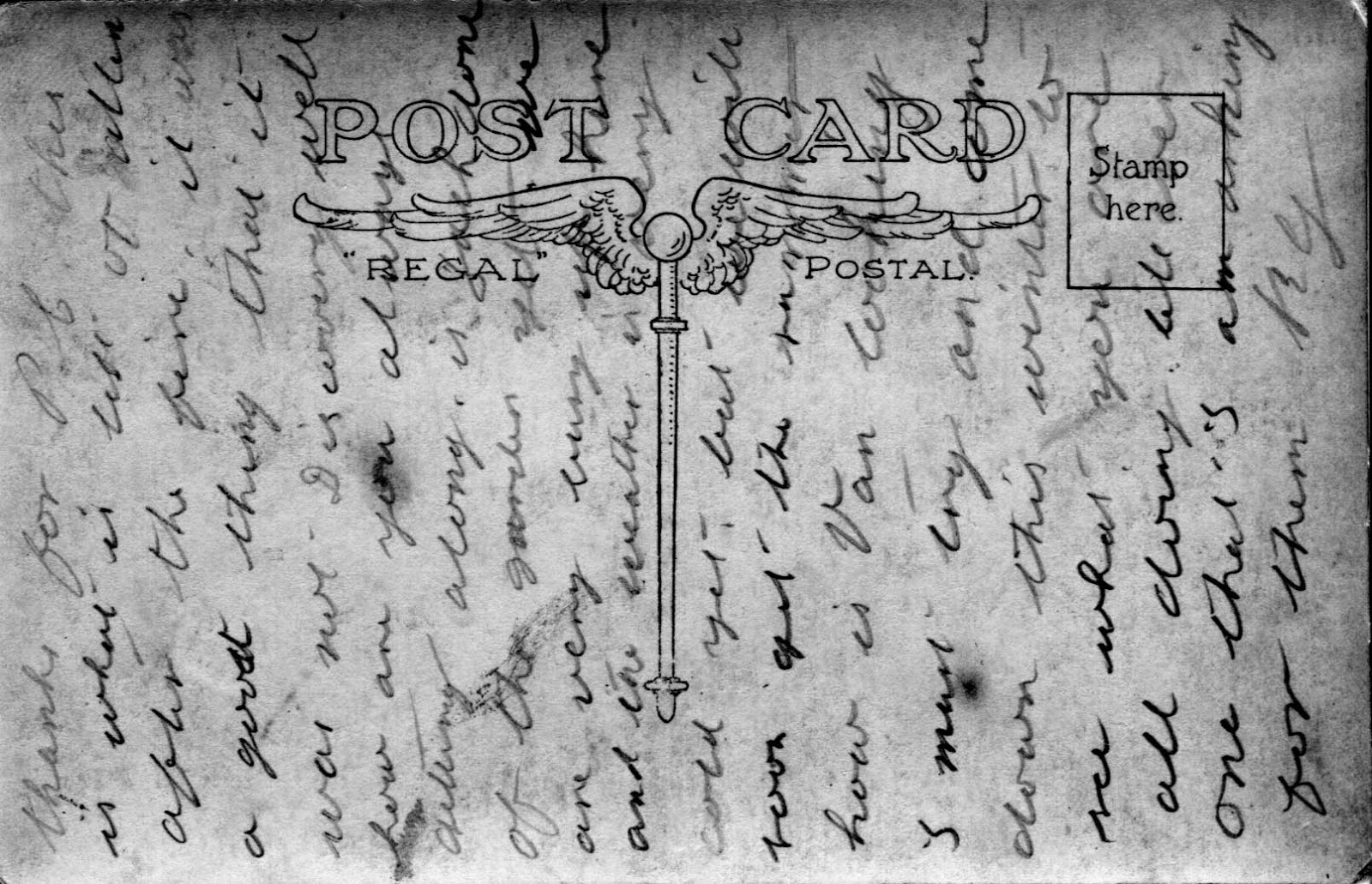 Message on back reads:  "Thanks for PC this is what is left of Atlin after the fire.  it was a good thing that it was not Discovery. well how are you always getting along. is Jack done of the garden yet.  we are very busy up here and the weather is very cold yet but we will soon get the summer how is Van looking I just try and come down this winter to see what you are all doing.   __ __ one that I am asking for them  RG." 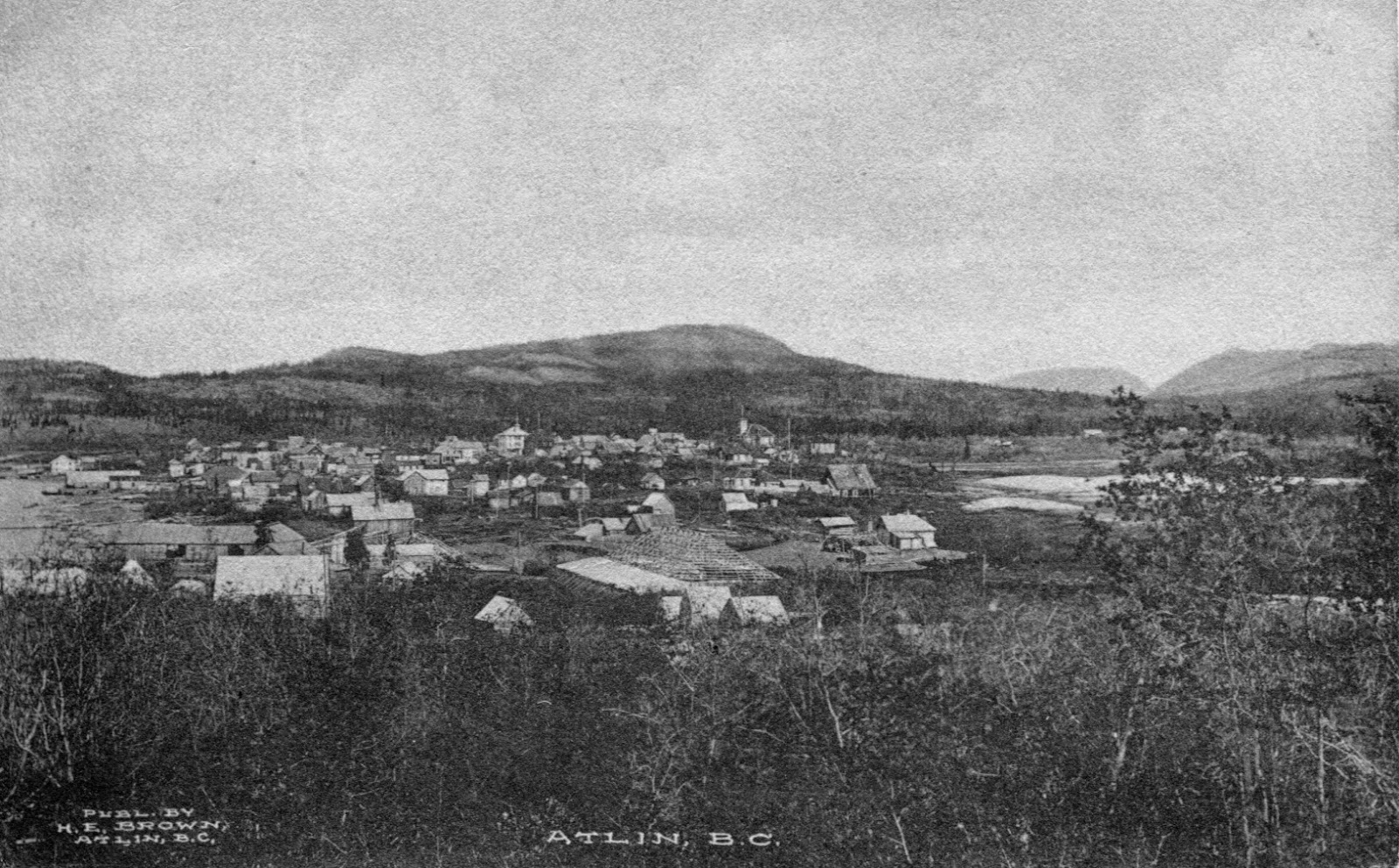 On the back of this one is written simply "this is one of Atlin."  In the corner it says "Publ. By H.E. Brown, Atlin, BC" 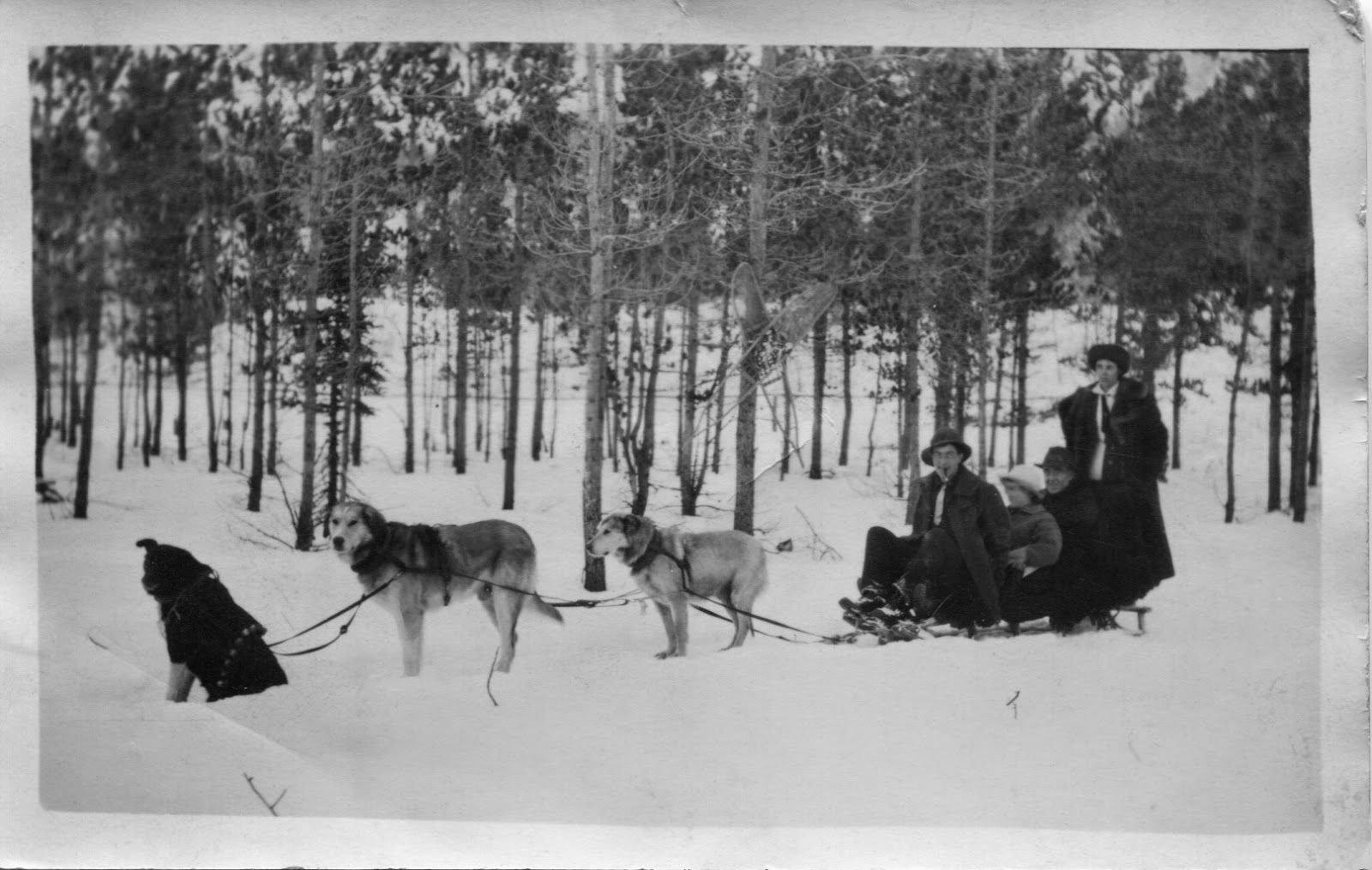 On the back of this one is a note stating:  "what do you think of this lot" 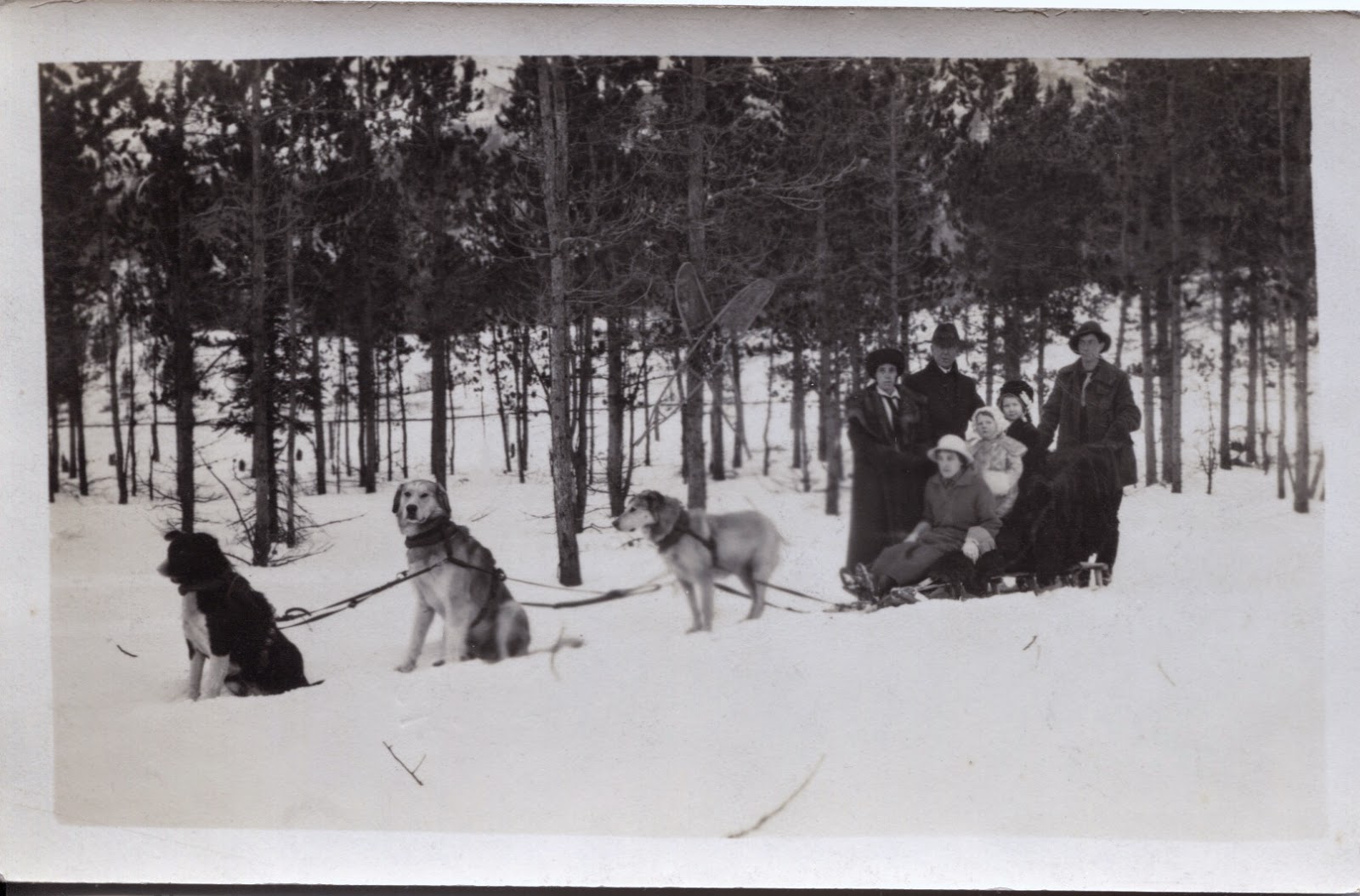 These "real photo" types of postcards were very popular at this time.  A photographer likely had the dogs and sled set up and took pictures for tourists or locals.  These two photos were taken at the same spot from two slightly different angles.  If you look closely, you'll see some snowshoes in the trees behind the last dog.

I have been in touch with one of Richard Grant's descendants (well, one of his sister's descendants, as he had no children), and am hoping to get a picture of him.  If I do, I want to see if it happens to be the man with the hat and glasses (front in top one, back in bottom).  If it is him, we can see that it was not just two bachelors mining in the wilds.  And it looks like they might be having a grand time.