My Great-Grandparents, Jack McCurrach and Nellie Steele, started a collection of postcards.  The ones I look at here date from 1909 until about 1920.  My Great-Uncle Jim remembers them being in a photo album on the coffee table in their living room when he was growing up.  A book of reminders showing the places they and their friends had been, and the occasions they had shared.

I am currently writing a book that will have a lot more introspection and detail in it, but the blog is where it all started and a great place to start sharing what I've learned.

I've had these postcards since 1992 when my grandmother moved out of her home and into care.  I've always thought I'd write a book - and although I am horrible with titles, this book has always been called "Dear Jack".  It wasn't until about 6 years ago that I got serious about researching them.  Work has come and gone, distracting me at times.  Heck, life has distracted me a lot, too.  It's a long journey, and the publication of a book is still just a dream, for now this blog is what you get.

I sorted the cards by date - some not having a date will be discussed in the series where I think they should be, or where they relate to another.  But in general you get them as they were sent.

So here is the first one.  It was sent on May 13, 1909 at 6 pm.  It was sent from my then unmarried Great-Grandmother, Nellie Steele, to her future husband, Jack.  It reads:  "D.J. (dear Jack) arrived here all safe and enjoyed my journey fine only wish you had been with me. N.S. (Nellie Steele)."

The front of the postcard shows Scotstown in Banff: 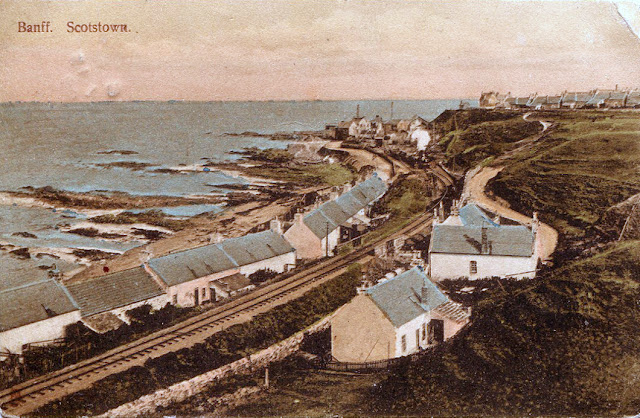 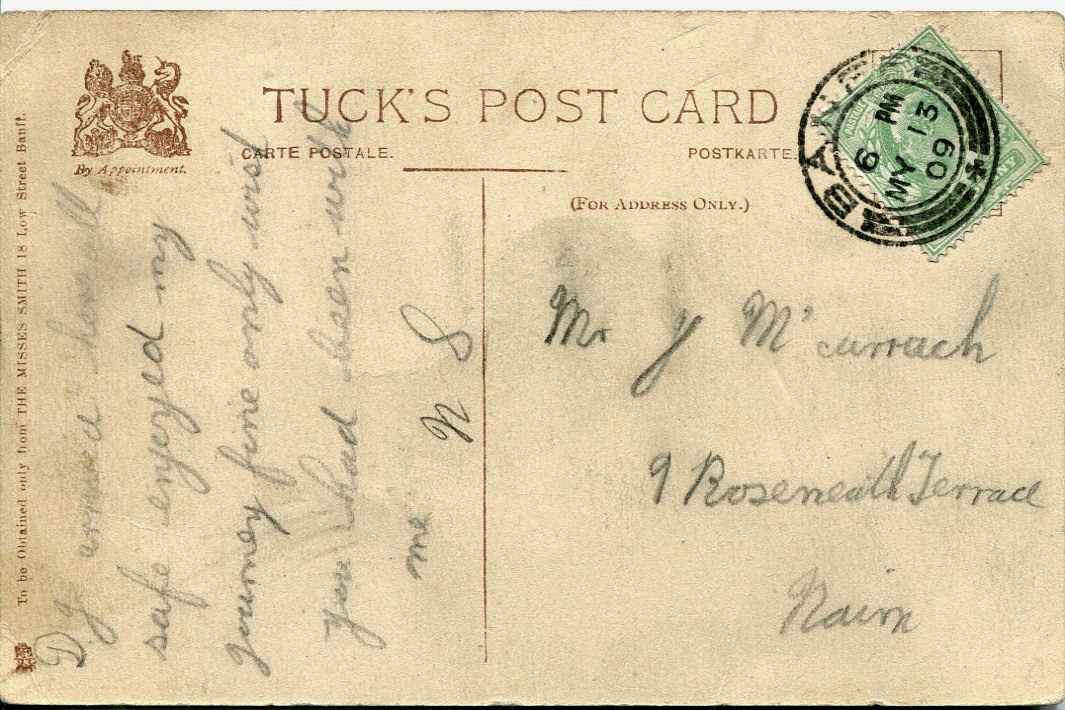 Scotstown is a western portion of Banff, Scotland.  Thanks to a blog reader, I can tell you that Scotstown is made up primarily of holiday homes.  The rail line is now used as a trail to the beach.

I took a look on Google maps, and the buildings in the postcard are still there.  You can see where the train tracks used to be just to the south of the buildings: 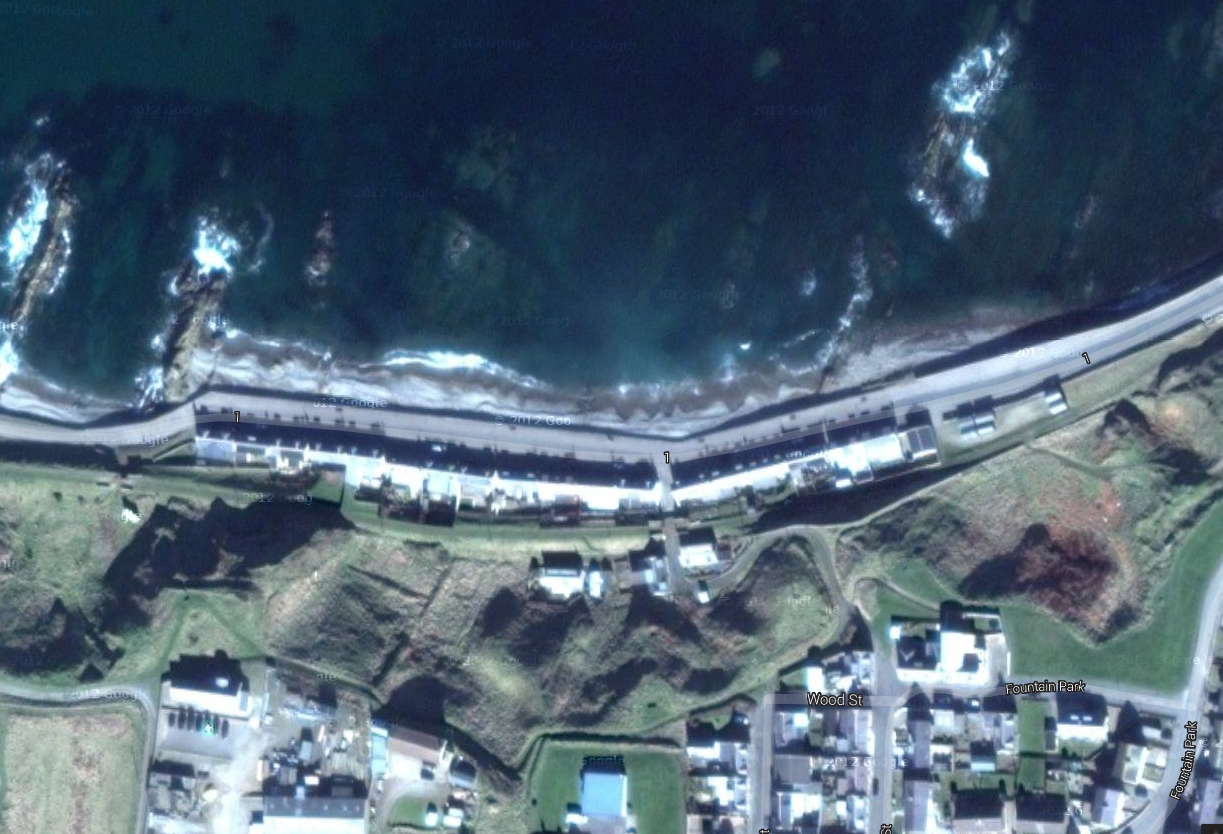 You can also see them in this photograph - thanks to the blogger "Mountains of Scotland": 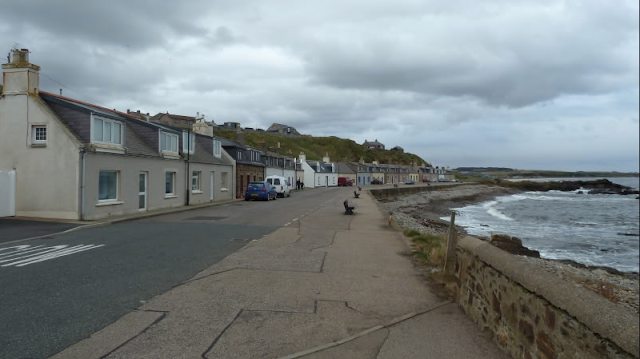 I've been to Banff - in 1986 when I was 17.  All I remember was watching the wind and rain and a terribly grey sea - the rather distant cousins I stayed with had driven me about and we stopped to eat a bag lunch in the car overlooking the ocean.

Interestingly*, there is a little known town in Alberta called Banff (it's surrounded by a bunch of pretentious mountains and forests and some people go skiing there in the winter) - looks just like it's namesake (not), and there is a Scotstown in Quebec - population 547.