This postcard is of Randolph's Leap in Morayshire, near Forres, Scotland. 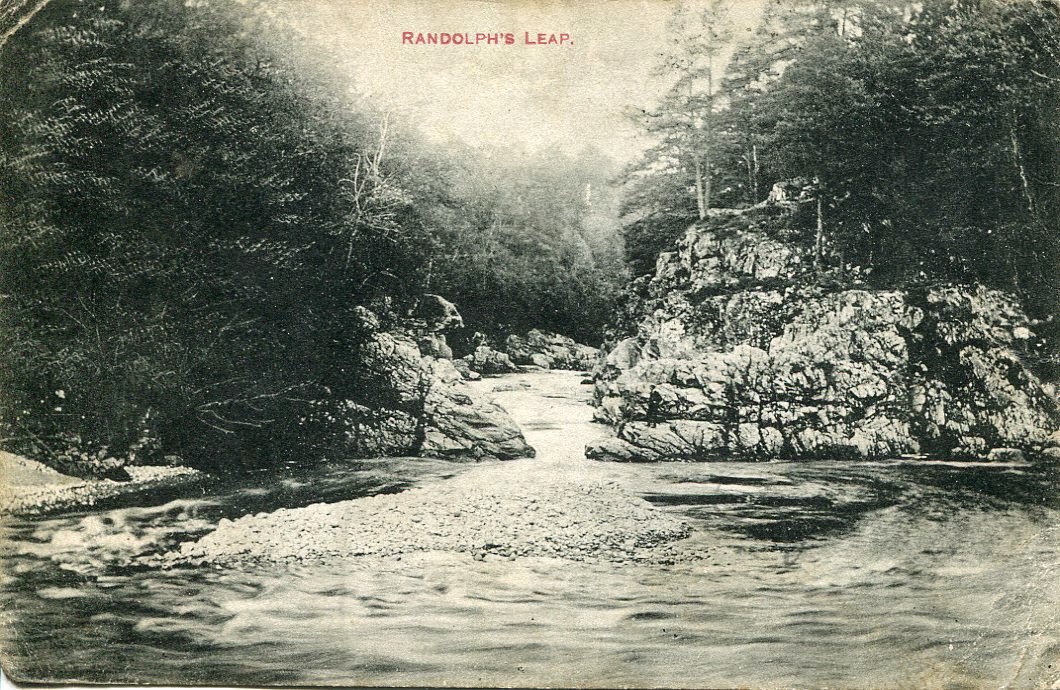 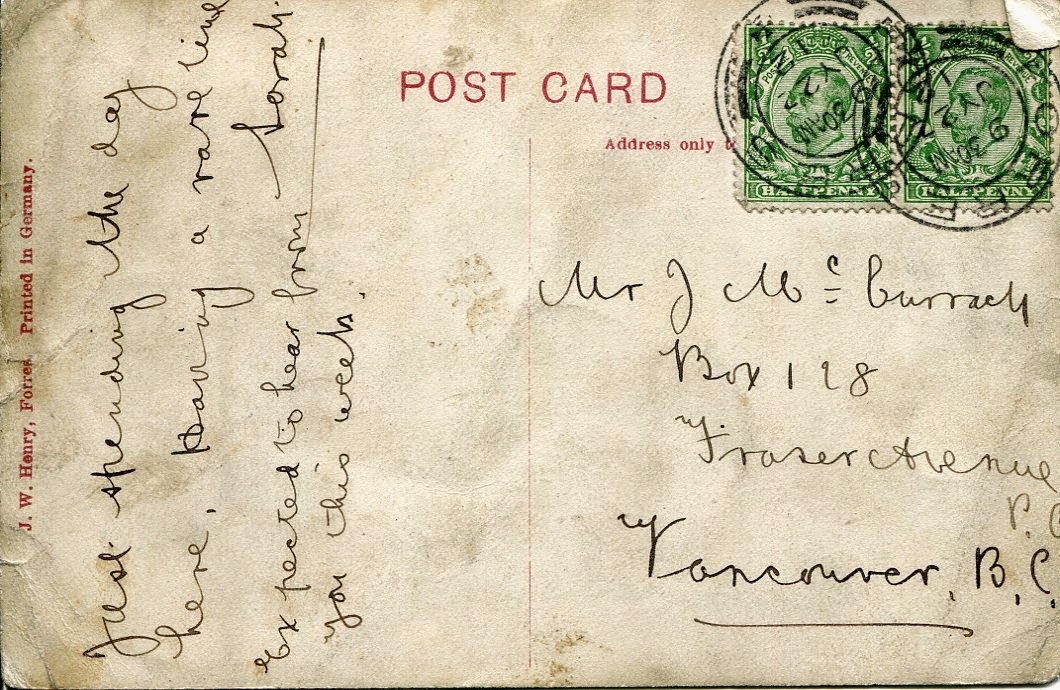 The back of the postcard reads:  "Just spending the day here.  Having a rare time.  Expected to hear from you this week.  Sarah" - the last sentence appears to have been added as an afterthought.  It was addressed to Jack McCurrach via box 128, Fraser Avenue P.O., Vancouver, BC, and was mailed from Forres on July 22, 1912.  Jack had been in Vancouver for 2 years already at this point.  Aside from a PO Box number, and the note of an expectation of correspondence, there is very little new personal information to be gleaned from this postcard.  But the subject matter is quite interesting.

Randolph's Leap is on the Findhorn River which winds its way through the countryside.:


The sign at the head of the trail reads:

Randolph’s Leap is the name given to the narrowest point at the entry to the gorge.  In fact it is a misnomer as it was not Randolph who leapt!

Alastair, the eldest son, gathered a thousand men to attack Randolph at Darnaway.  They were ambushed and retreated to the river where Alastair and three others leapt the gorge back to this side.  We can only wonder why it was not called “Alastair’s Leap.”

Following an unusually hot and sultry summer immense rain clouds settled over the Monadhliath Mountains in early August.  The rain started on Sunday 2nd August and continued for three days and nights.  The River Findhorn and its tributaries rose to an enormous height causing devastation through the whole valley.

At Randolph’s Leap the level rose by 50 feet and is marked by the two flood stones.  You can begin to imagine the power of the water when you see the huge lichen-covered boulders which the flood carried as far as the Leap." 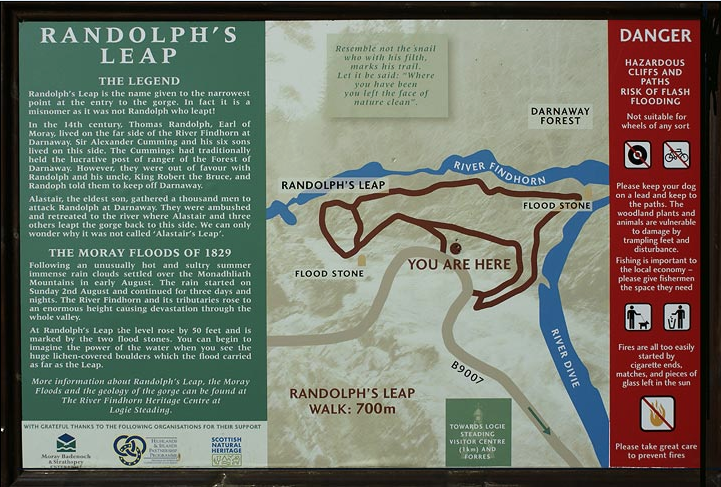 The area is located here: 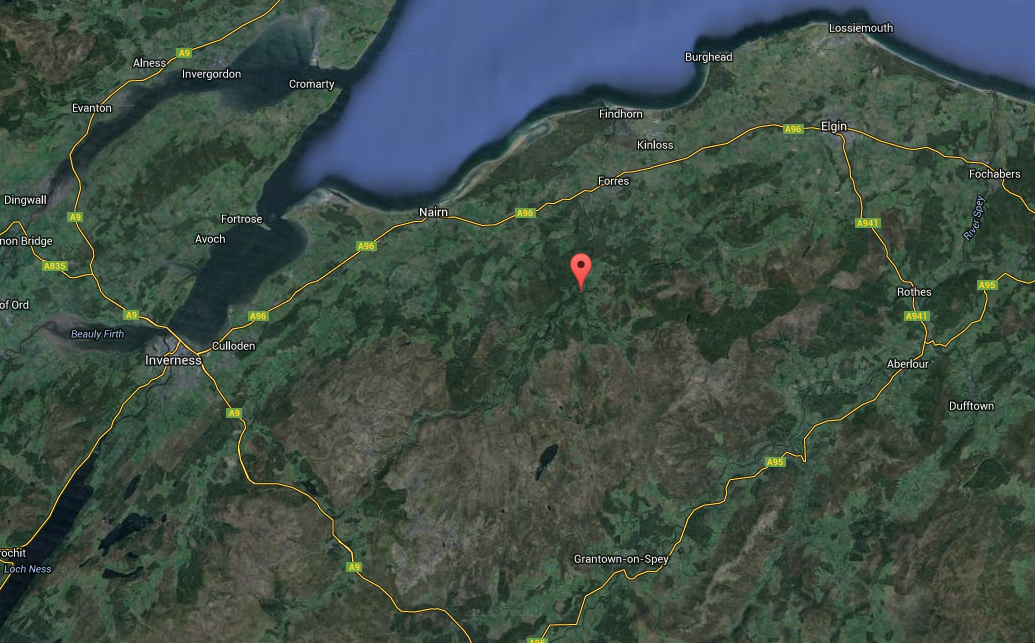 And at a larger scale, here: 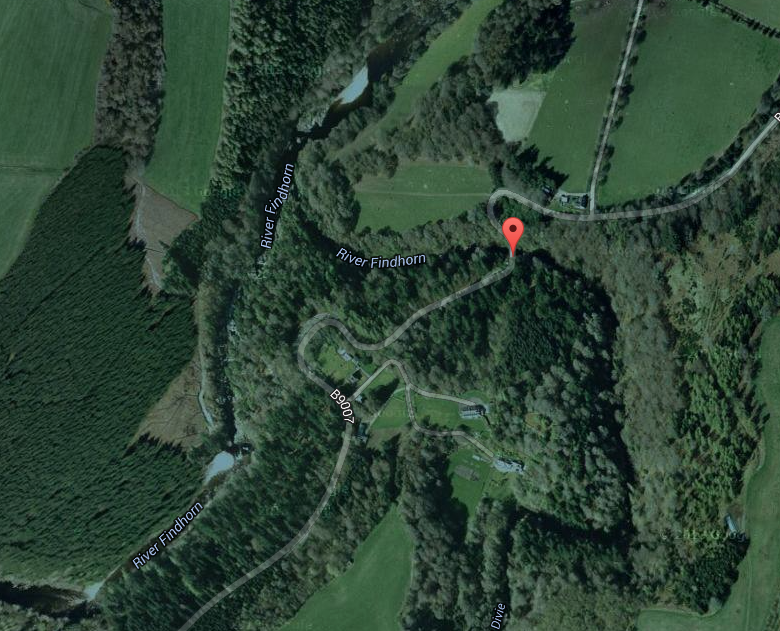 Randolph's Leap is nearest the community of Forres (where the postcard was mailed).  Forres is a town and former royal burgh located about 25 miles east of Inverness.  Its earliest historical reference may have been in the 2nd century in the Geography of Claudius Ptolemy.  Coming from Canada, that is absolutely amazing to me.

You can find out more about Forres here.