As mentioned in a previous post, British Columbia's last real gold rush started in Atlin, B.C. in 1898 (shortly after the Klondike Gold Rush began, and likely because of it).  The mining season with the highest monetary returns from the area was in 1903 (1).  My Great-Grandparents apparently knew people who were in the area at some point (not sure when they arrived) and who were there more than a decade after that peak.  By that time, tourism was very popular, with hunting and sport fishing advertised to draw people to the area (2).  So the various postcard writers/recipients in Atlin/Discovery may have been there in relation to that activity (either as tourists or providing services).

The second post I wrote about Discovery was from someone who was up there at Christmastime.  Because of the time of the year and the text, I do assume he was living up there at least semi-permanently, and not simply as a tourist himself.  But because I don't know who the individual was, I cannot confirm that.  That first post may well have been to someone who was in Discovery visiting, but again I can confirm none of it at this point.

And to re-cap, a man named Jimmy Kinnaird, who we know to be a friend of the family and who did some gold mining, may not have been in the Atlin area at all - these postcards might not be related to him.  This is a mystery that may never be solved.  But it's sure fun to try!  (Post Script - mystery at least partly solved in post #43). 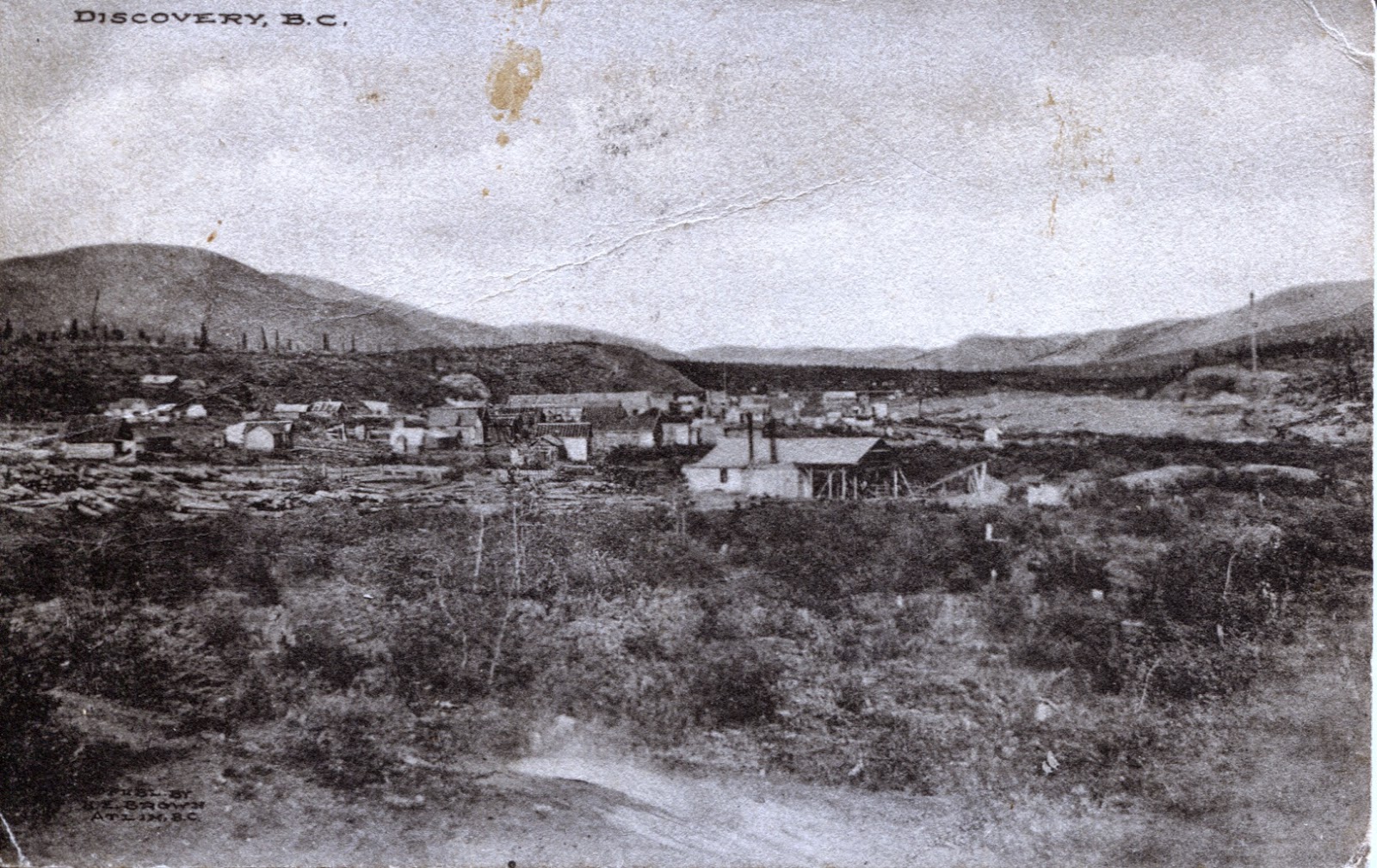 This is a lithographed picture of Discovery, BC, probably closer to the time of the early gold rush rather than the tourism boom.  As you can see from the writing below, the sender states: "and this is good old Discovery but it is a very old photo." 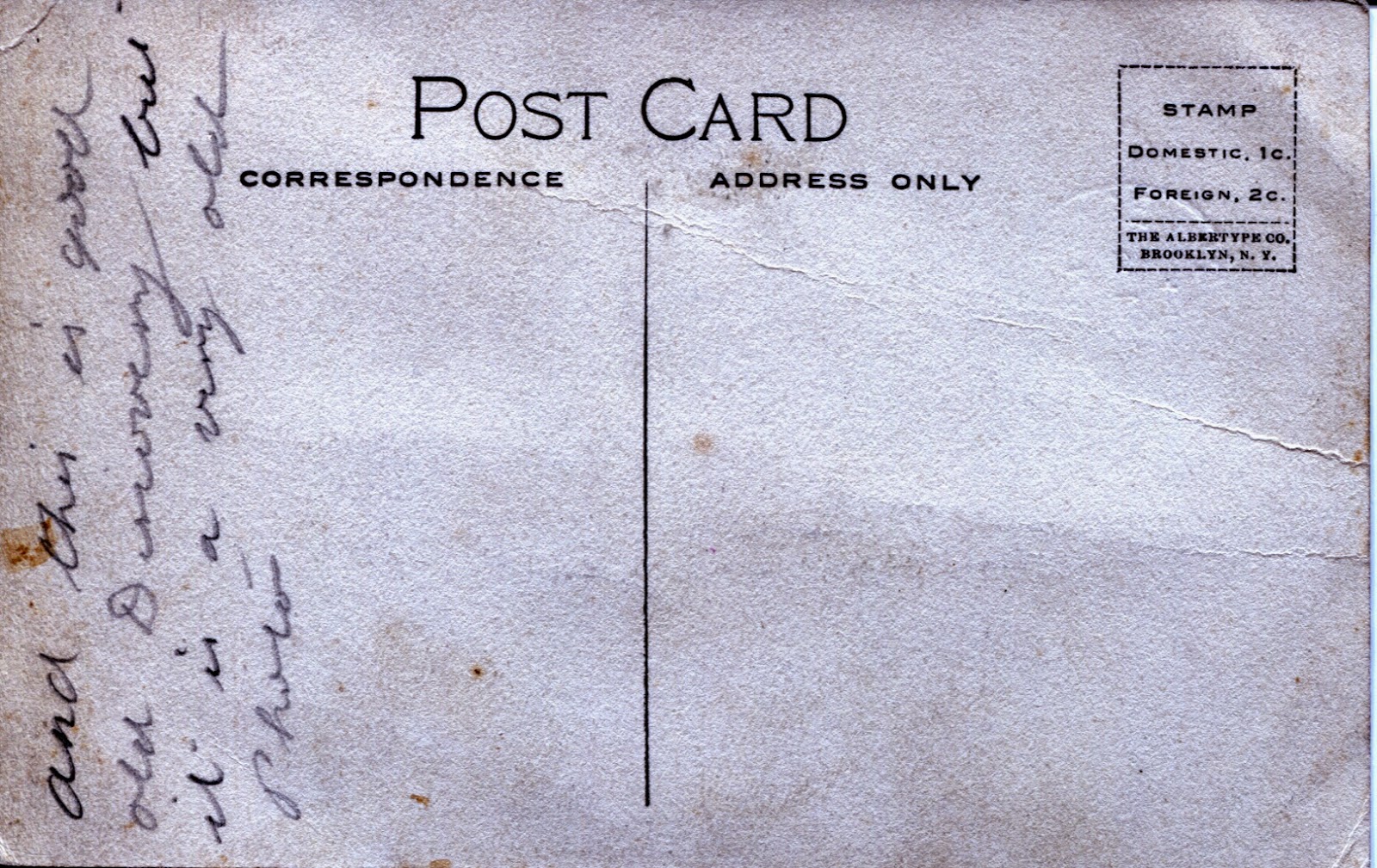 The photograph was taken by H.E. Brown of Atlin and the card printed in Brooklyn, New York by the Albertype Co.  I was going to say that I suspected the paper stock was provided by that company, but I found this site that has a list of the types of postcards they printed, and I learned that this type of picture (made of dots) is a lithograph and had to be printed commercially, so now I know it the printed cards were ordered from Brooklyn.  Does the fact that it was an old photo mean that the store where they were purchased had lots of these cards sitting around for a long time?  I can't imagine that they sold that many of them.

Again, here is where Discovery is in relation to Atlin:

This other postcard is also in my collection: 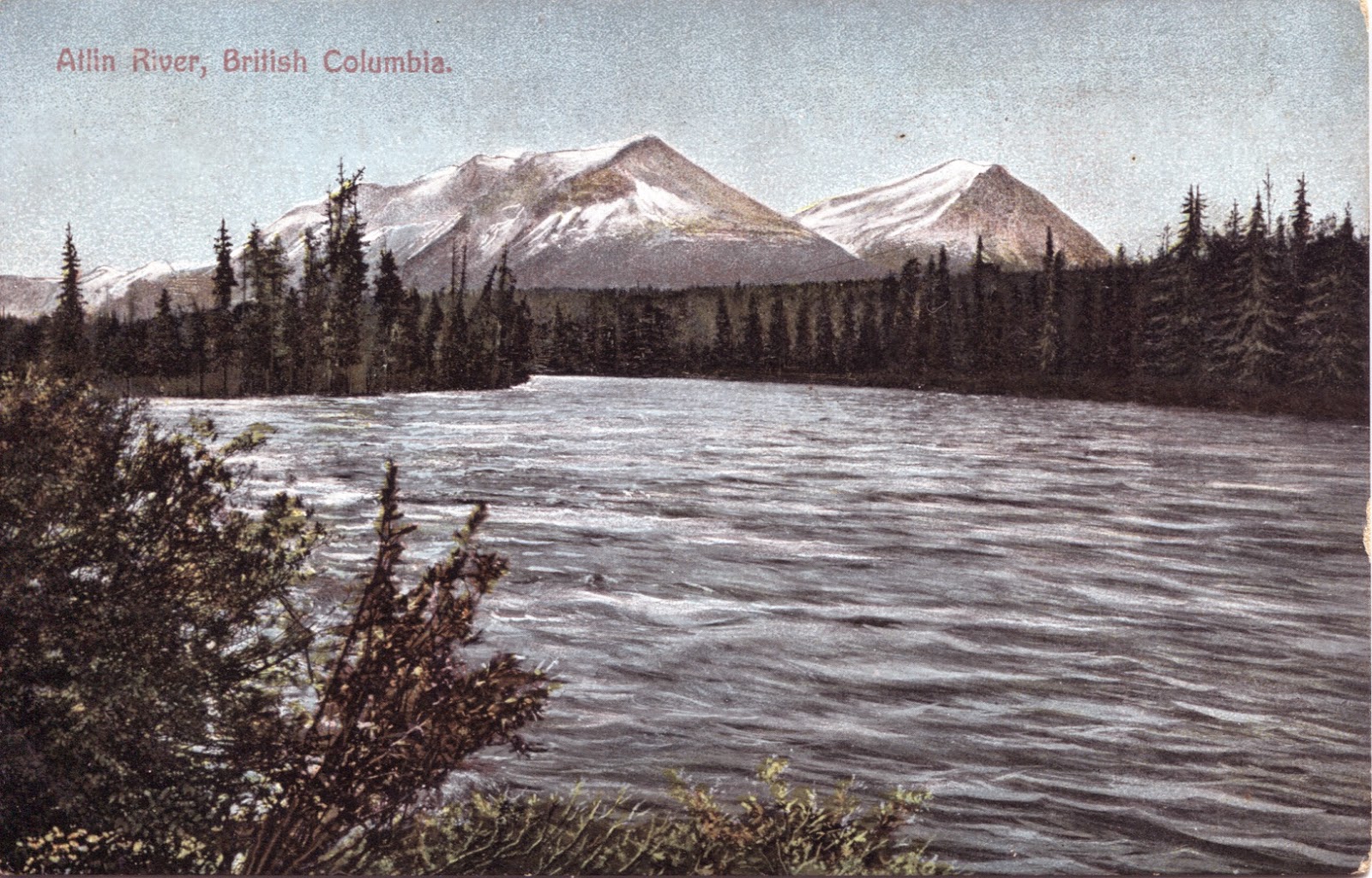 This is a coloured lithograph, and from the back of the postcard you can see that it was made by the Portland Post Card Company, but printed in Germany - where a LOT of postcards were produced during the "golden age of post cards," a time period which varies depending on who you reference, by was mostly 1905-1914.  No photographer is noted on the card. 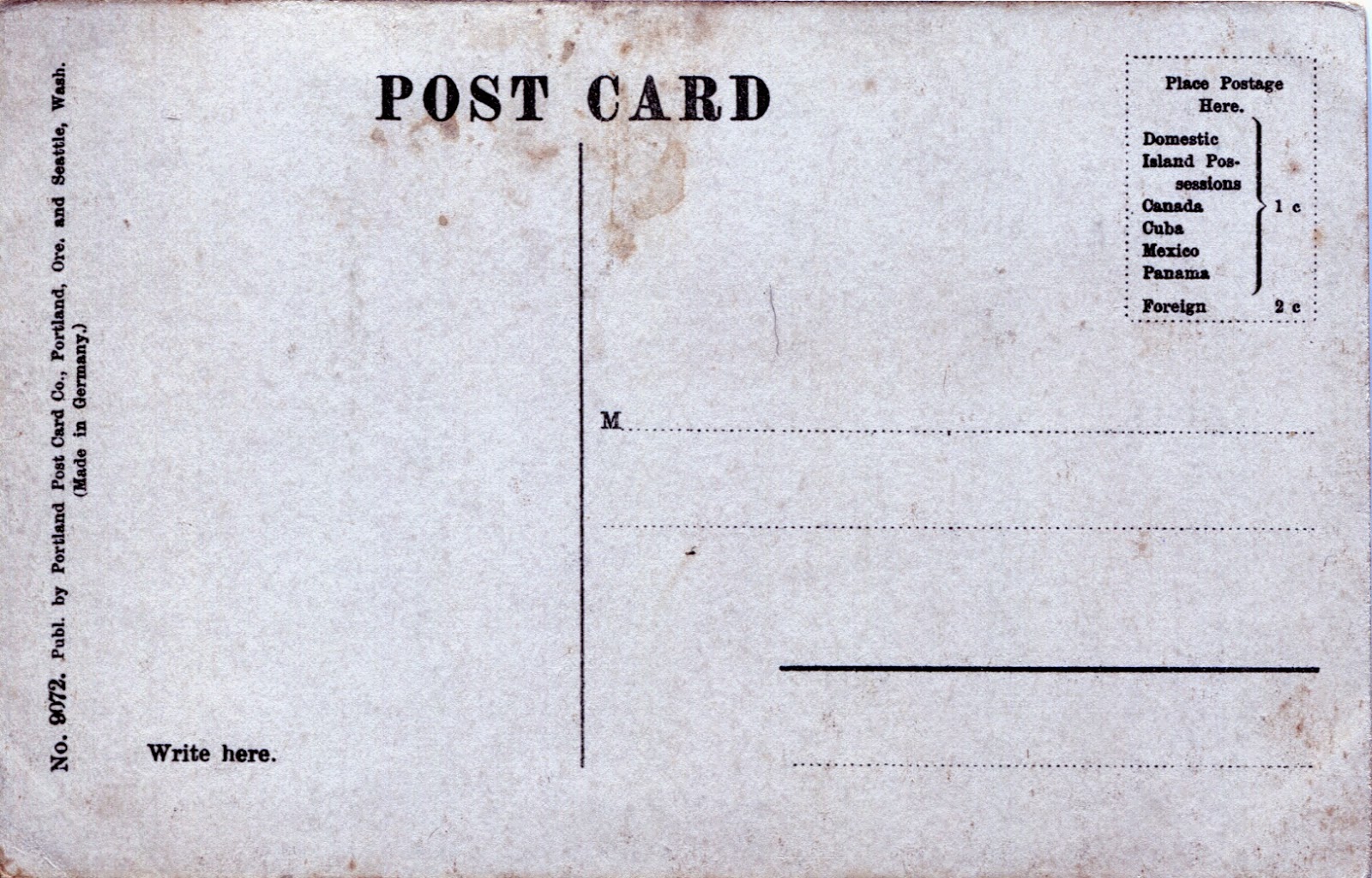 There were several photographers in Atlin in these years.  I have postcards by H.E. Brown and C.W. Brown, but G.M. Taylor, L.C. Read, C.R. Bourne, Fred Warren Cartmel and the Rev. Louis H. Pederson apparently also all produced postcards in the area (3).

It only makes sense if tourism was a major economic driver in the area that postcards would be popular - not a lot of people had their own cameras, and if people did have them, the photographs were not guaranteed to be good, so postcards were an excellent way to have guaranteed good pictures of an area.