Wow!  This is a hard one to read.  Join me on THIS particular adventure: 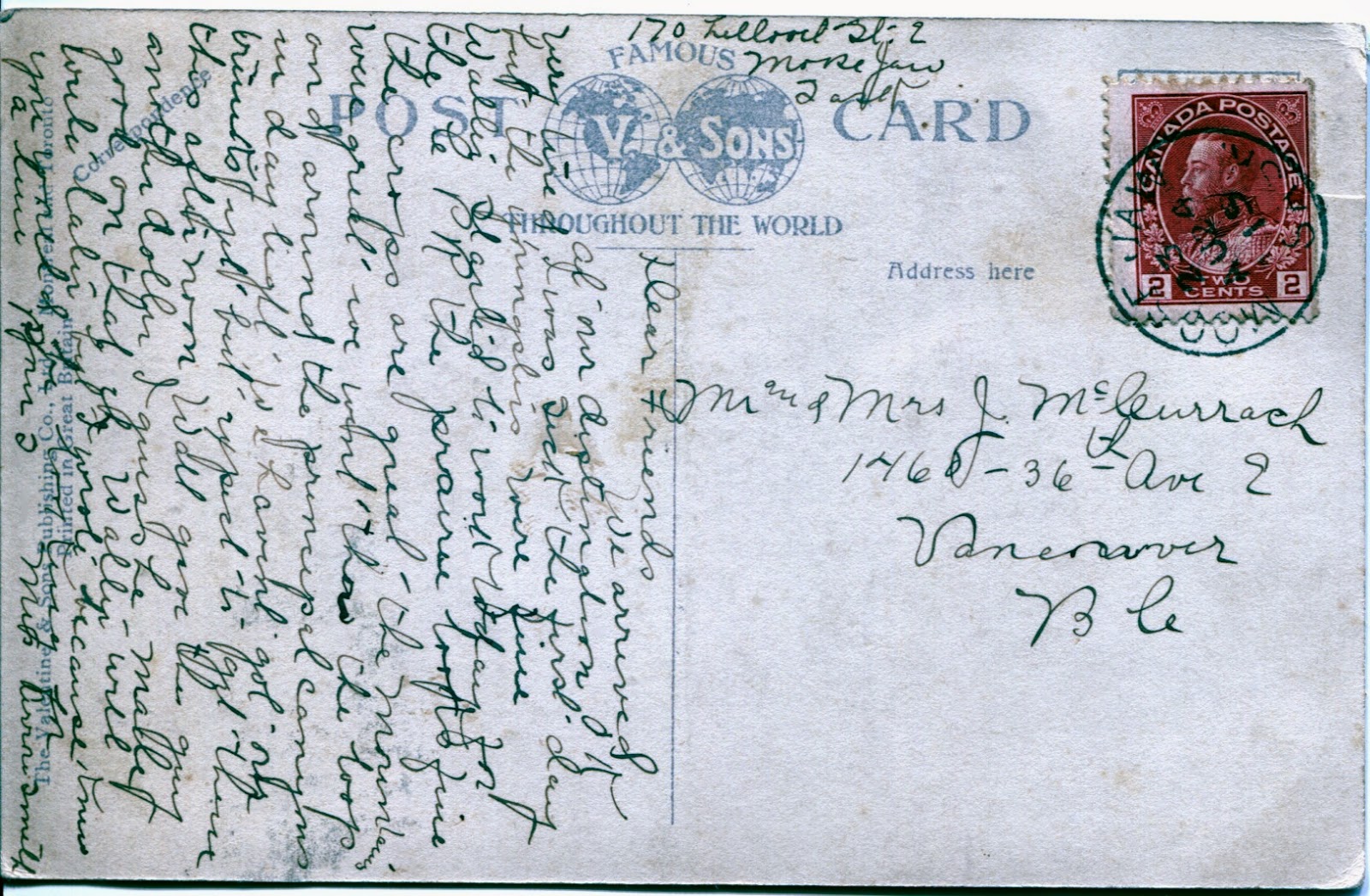 "Dear Friends   We arrived at our destination all very tired  I was sick the first day but the youngsters (thanks to my mother's good interpretation skills, because I couldn't read that word) were fine.  Wallis started to work Monday for the C.P. R. the prairie looks fine the crops are great the mountains were great we went thru the loop and around the principal canyons in day light.  We haven't got our trunks yet but expect to get them this afternoon.  We'll give the guy another dollar I guess he made good on that ___(?) Wallis will write later but I wrote because know you would be looking for a line pfnir2 (??)  Mrs. Arrowsmith"  As always, your expert opinions are welcome in interpreting the unknown words.

NO idea who Wallis and Mrs. Arrowsmith were, how they knew Jack and Nellie, or why they moved to Moose Jaw (actually, we kind-of can assume it's because Wallis got a job with the CPR).

Their address is listed as 170 Lillooet Street, Moose Jaw, Sask, which may be this house: 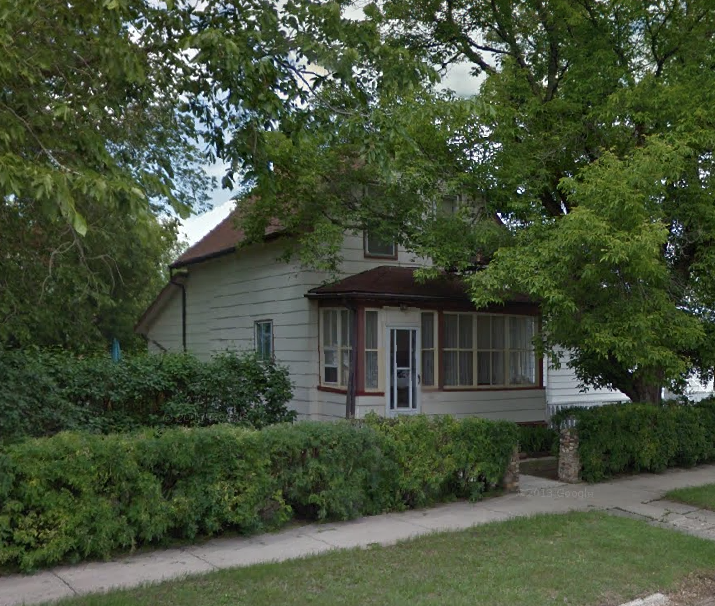 But then there is an online map of Moose Jaw that shows all of the lots, blocks and plans!!  And, yes, this is 170: 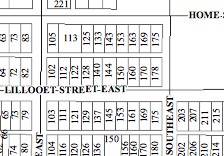 So that's where they lived - The style of this house makes me thing is may have been there in 1915 - unless there was another building that burned down around that time and this one was re-built.  I'd have to look up information on it and I don't have the time or inclination to do that right now.  Let's just say we know a Mrs. Arrowsmith and a Wallis moved to Saskatchewan in the late summer of 1915 (post mark is August 24) and moved into this house or maybe one prior on this lot.

We can also see that luggage was lost even on the trains in 1915.  Or perhaps it took a long time to unload and they delivered them later, but I think more likely they couldn't locate the trunks.

But was this a mother and son, a husband and wife?  I am inclined to think husband and wife since she mentions youngsters, but she did sign "Mrs. Arrowsmith" while referring to the man as the much less formal "Wallis," so it could be mother and children.

The "loop" she is talking about is likely the Spiral Tunnels that go into the mountains in the Rockies because the grade is too steep at that location.  It is a rather popular stop on the highway to take a break and admire the technological prowess of our forebears in the early 20th century.  It's really quite amazing. 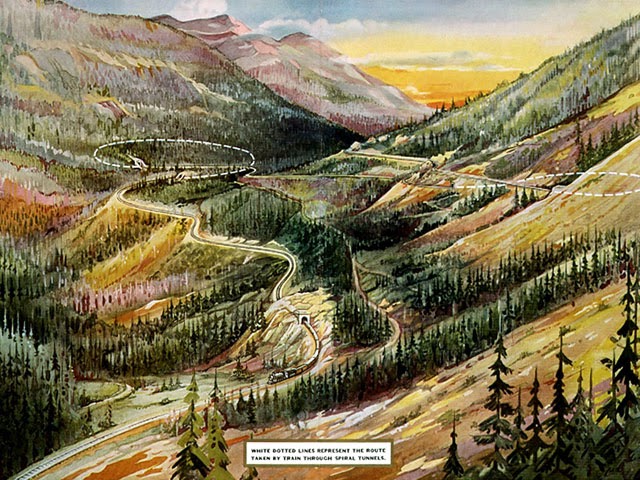 They are located just to the east of Field, B.C. (the very pale grey line is the railway, and the two loops go into the mountains): 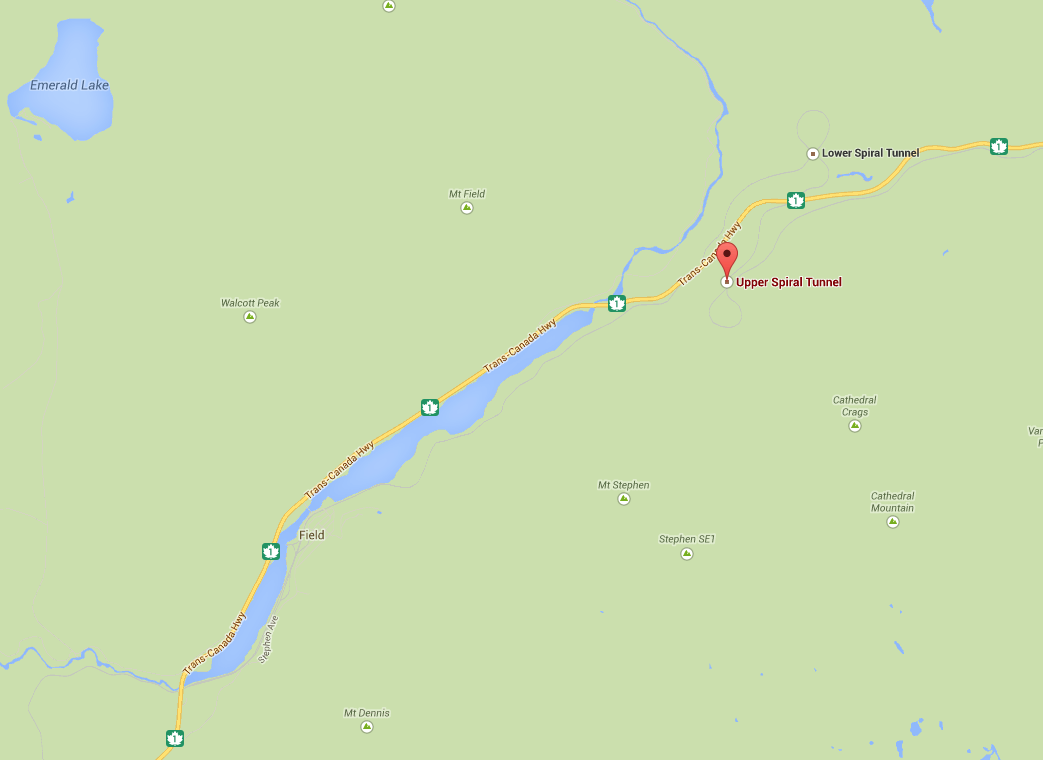 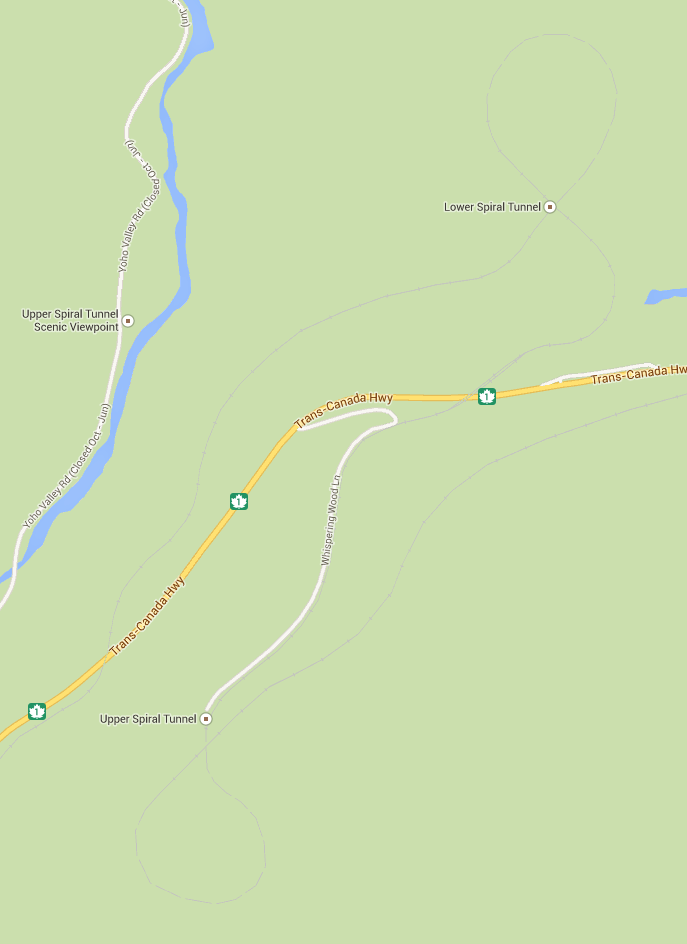 I'm not sure how the railway opened in 1885 and the tunnels were not completed until 1909 - I'm assuming here, and someone please correct me if I'm wrong, but I'm thinking that they had problems with the original steep curve and this was built to correct that and allow larger, heavier trains to go through.

The front of the postcard shows wonderful colourized prairie farming scenes from the day: 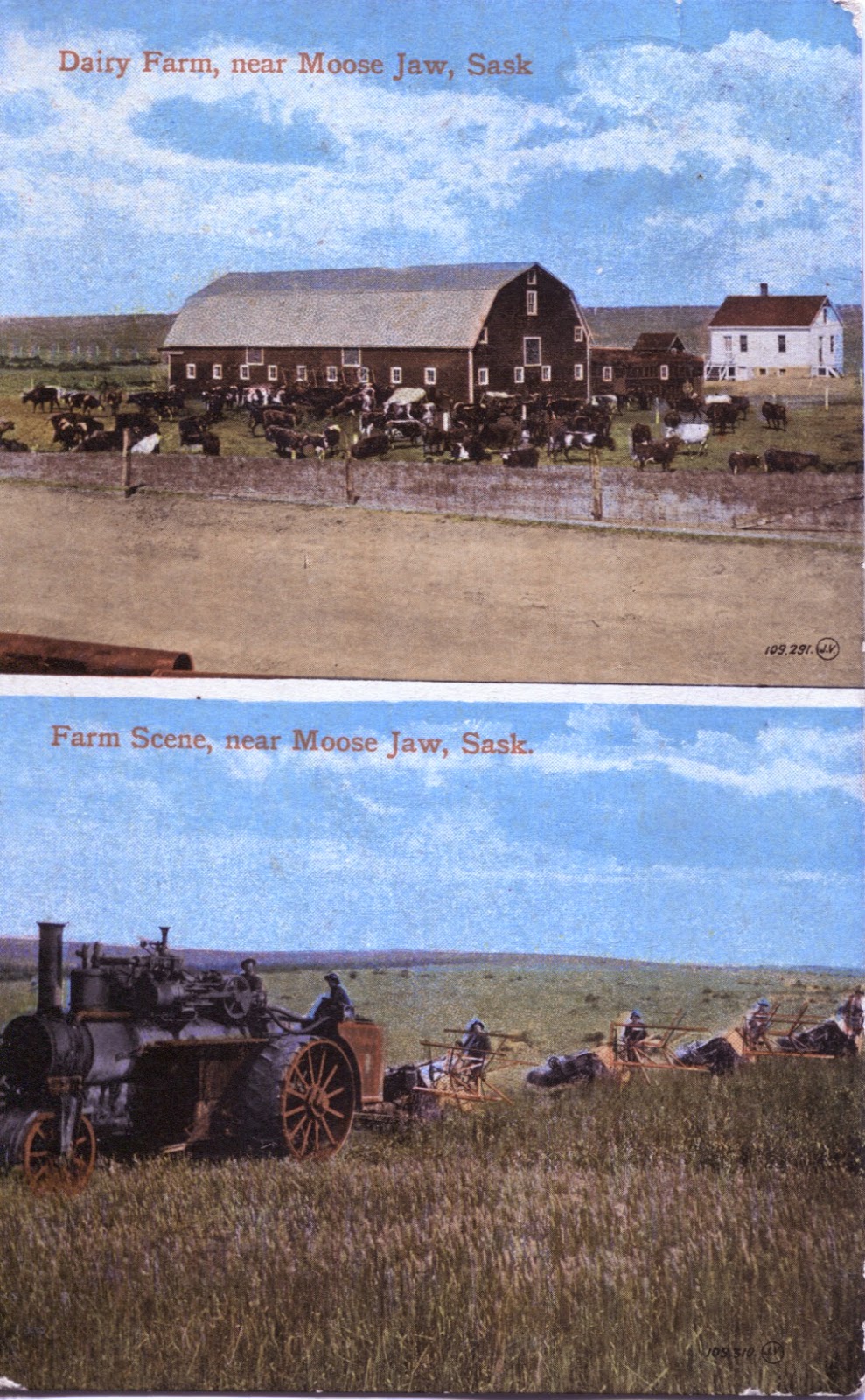 So what does this tell us of Jack and Nellie?  Not much.  Aside from the fact that they were living in Vancouver and because it was addressed to both of them, we could assume that they had not yet been separated by the war (although that would be a real assumption if I didn't know they were together at that time).

We know they had friends who moved to Saskatchewan.  But it tells us a lot about the history of the country and about what people were doing at the time.  And it's just another little piece of a larger puzzle.

View next postcard post.
Posted by Sandi Ratch at 4:26 PM