This is an intriguing postcard.  It was written to and from people whom I cannot yet identify (I do identify the recipient here).  I don't know how my family ended up with this card.  But it was sent on April 27, 1914.  We've jumped ahead in the chronology a good 2 years - the last dated postcard in the collection was from July, 1912.

This is likely because Nellie had, by this time, arrived in Vancouver and married Jack, and their first child, Gladys, my grandmother, was going to be born in July of 1914.  They were busy.  Maybe had less time for writing.  Plus, they had been gone from Scotland for a while now, and I suspect that correspondence from home, plentiful at first, would decrease as time went on.

So this postcard is from Nairn - a photograph of the River Nairn: 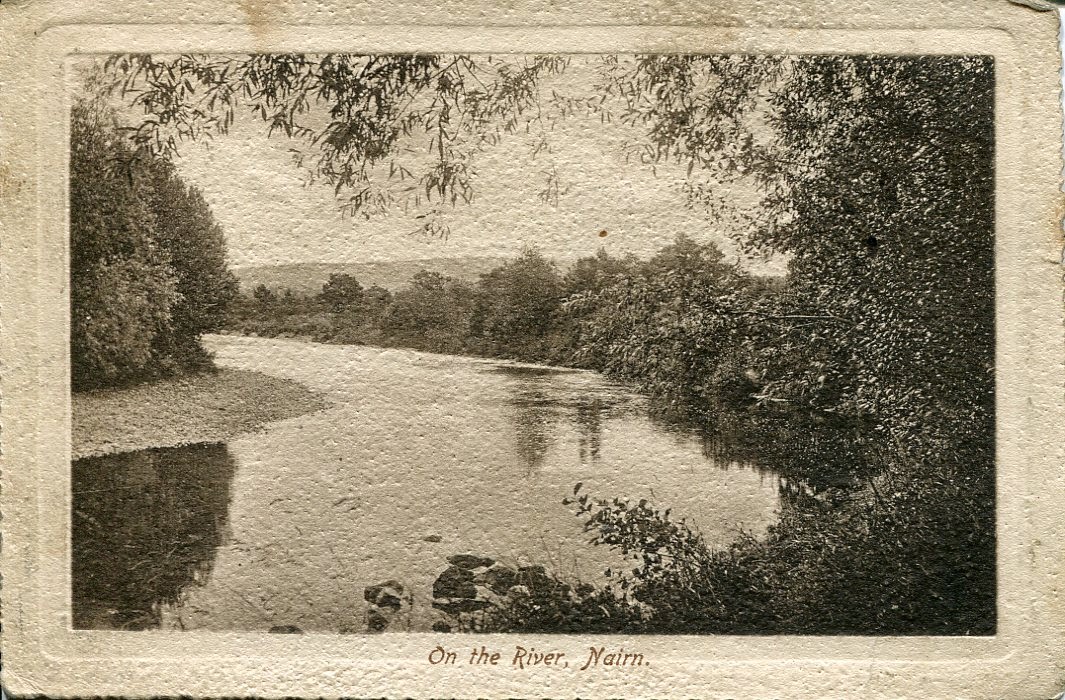 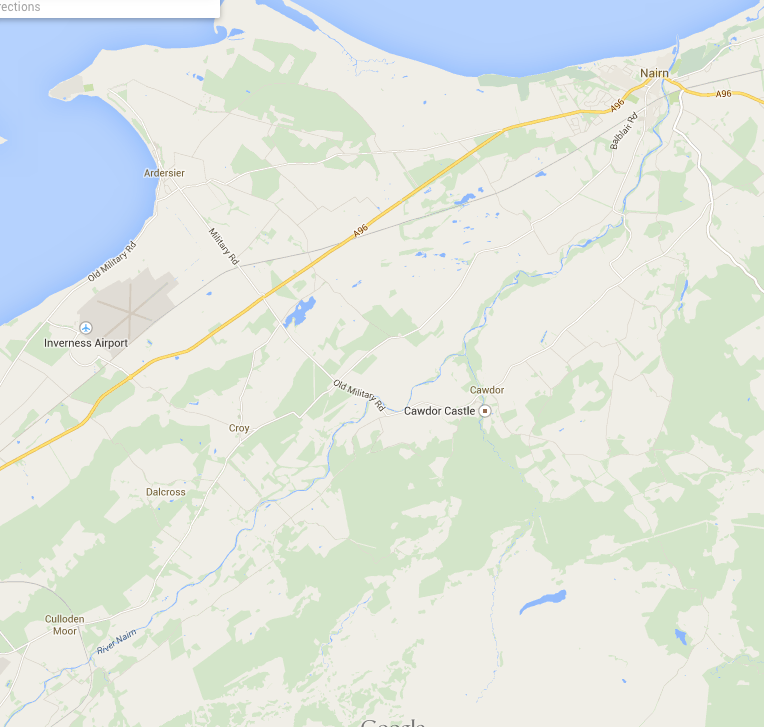 The River Nairn runs northeast towards Nairn and the North Sea.  Obviously a major waterway for this area.  The river's name has pre-Celtic origins, and the community at it's mouth is named after the river. 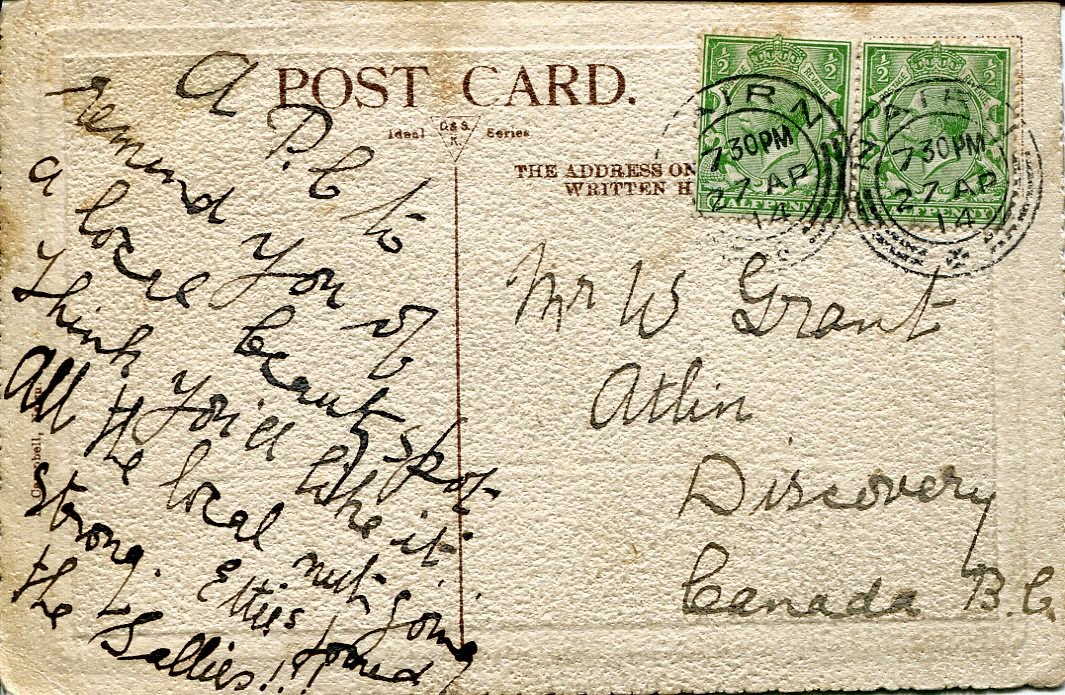 Now here is the interesting thing about the postcard:  it is the first of several that were sent to and from northwestern British Columbia - - Atlin and Discovery, to be specific. 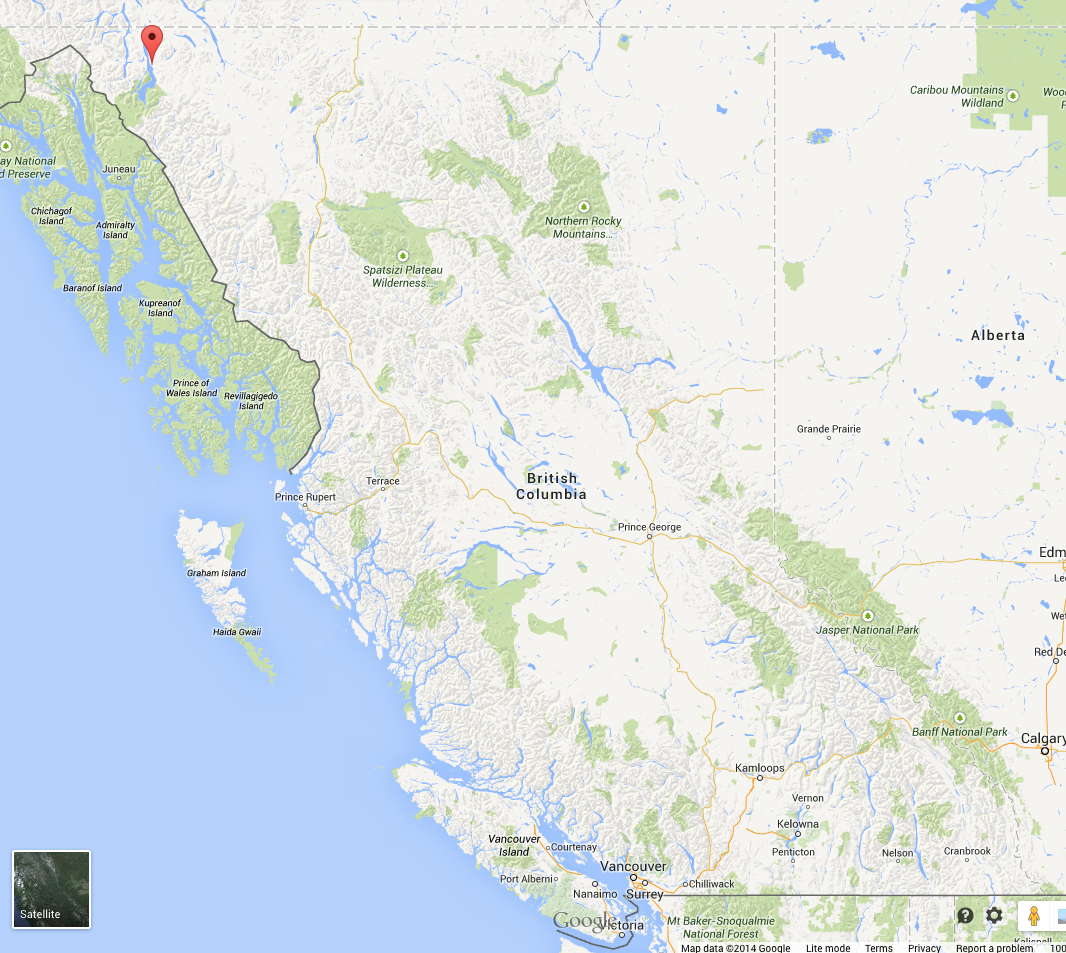 Location of Atlin (screen shot from Google Maps - what an excellent resource!)

Dated April 27, 1914, this card is sent a few months before the start of WWI - the end of both an immigration and economic boom.  Atlin was the site of a gold rush starting around the same time as the Klondike.  The Klondike took place 1896-1899.  In 1898, word came from the Atlin area about gold being found, and many of the men headed to the Klondike were detoured to the area of Atlin Lake.  By 1914, though, there was still a lot of activity in gold mining in the area.

It would appear that Mr. W. Grant was located in Discovery.  Discovery, also known as Pine City, was located about 10 miles east of Atlin.

Atlin was and still is a VERY remote area of British Columbia.  On a good day, it would be 2 hours and 40 minutes drive in barren wilderness from Carcross, Yukon Territory.  Please go to their local visitors website or to www.discoveratlin.com to see photos and get information.  I have yet to visit Atlin, because it's really hard and expensive to get there, but I hope to do so one day.

As for who "W. Grant" is?  Well, I don't know.  He had a pretty generic name, so I may never know.  But there are more "Discovery" postcards to come, so maybe we'll find out!