Again this one isn't about a postcard.  But it reflects an interesting and troubling part of history.

My Great-Grandmother, Nellie (Helen) Steele, of whom I have talked a lot, was born on February 23, 1891.  I got her birth record from Scotland's People.  Although www.ancestry.ca is a great resource, it can be limited.  The actual census documents are not always available to see, so if anything is misinterpreted or transposed incorrectly, the error cannot be seen by the user.  Scotland's People is more expensive (well, on an individual record basis - depends on how much you use it), but you can access copies of the actual documents.  And that is what I did yesterday with my Great-Grandmother's birth record.  It's interesting because she is half of the only set of twins I currently am aware of in our family - so the same information is recorded for her and her brother, William.

Her mother is also listed - Helen Steele, whom my great-grandmother was seemingly named after.  Her maiden name was McKenzie.  Their wedding date is noted as July 27, 1883 in Banff.  All important information for doing genealogy.

So I dug a little deeper to see if I could find anything out about Helen McKenzie.  She is listed in the 1881 census as living at the Woodpark Asylum; she was one of two servants at the asylum, being an attendant.  There were also the Matron, a cook, and 24 "Pauper Patients" listed on the census.  All of the patients were women who were aged from 34 to 88 years old.

I can't find a lot of information yet on the Woodpark Asylum, but I did find out that it was opened in 1880 about 1 mile distant from the Ladysbridge Asylum, and 9 years later it was amalgamated into the same.  I have not been able to locate the Asylum on a map or on Google Earth.  If anyone from the area has that information, I would be really grateful.

But since I can't find Woodpark (yet), I thought I'd share with you a wonderful photograph of the Ladysbridge Asylum that I found at "Britain From Above" - a great website that has some fantastic aerial photos from 1919-1953. 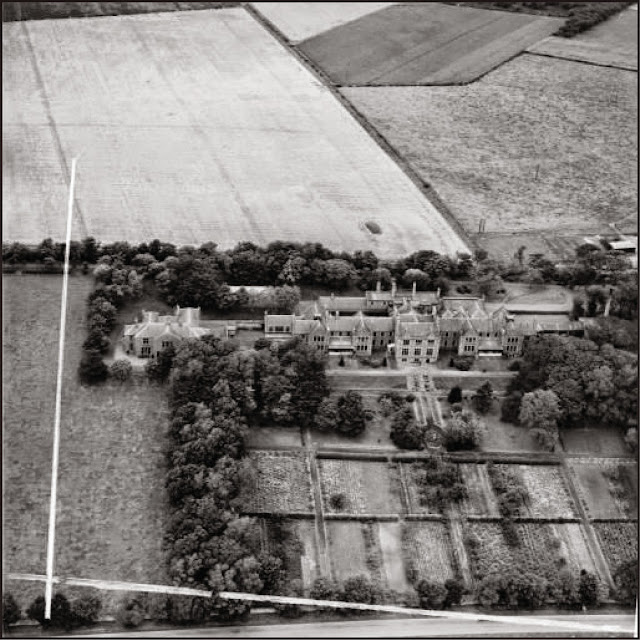 A gorgeous bit of architecture, really.  This building was originally constructed 1863-1865 - or part of it was.  I don't have the plans to detail how much of it was constructed at that time.  please note the extensive gardens which were undoubtedly used to feed the patients and staff, and were probably also used as therapy for the patients.

The architects for this building were Alexander and William Reid (A &amp; W Reid) of Inverness.  Apparently the Woodpark Asylum is also in their style, but it is not known who designed it. (Information from the Dictionary of Scottish Architects).

So I am dying to see a picture of Woodpark Asylum if anyone can point me in the right direction.

The irony really is that my 2x great-grandmother worked at a psychiatric asylum.  If I had lived in the 1880s it is entirely possible, with untreated depression and anxiety, that I would have ended up there as a patient - as could have a lot of her descendants on my side of the family.  (I also don't doubt that some of these women were there simply because they could not afford to live anywhere else - or for many other reasons other than "insanity").

Post Script - as you can read the details on in this later post, I was contacted by someone who had a photograph of Woodpark Asylum (aren't people awesome?).  Here it is - it would have been located to the left of the Ladysbridge Asylum in the picture above: 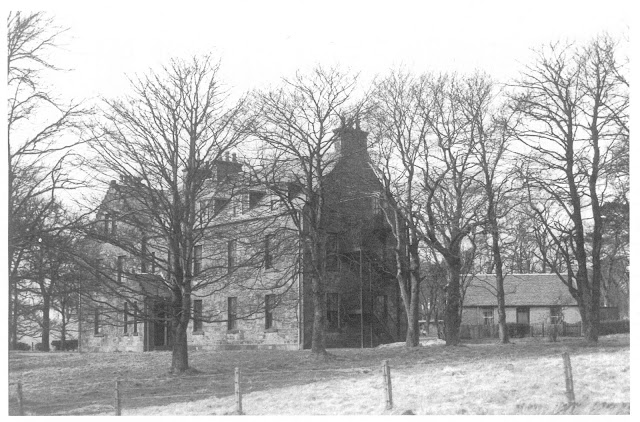