Text on the card reads:  "Got back to the old place once again.  Hoping this will find out all well.  What do you think of our Tower     Your Old Chum Andrew".  The card itself was made by J. McCulloch and Co printers in Edinburgh, and it was part of the "Caledonia Series." 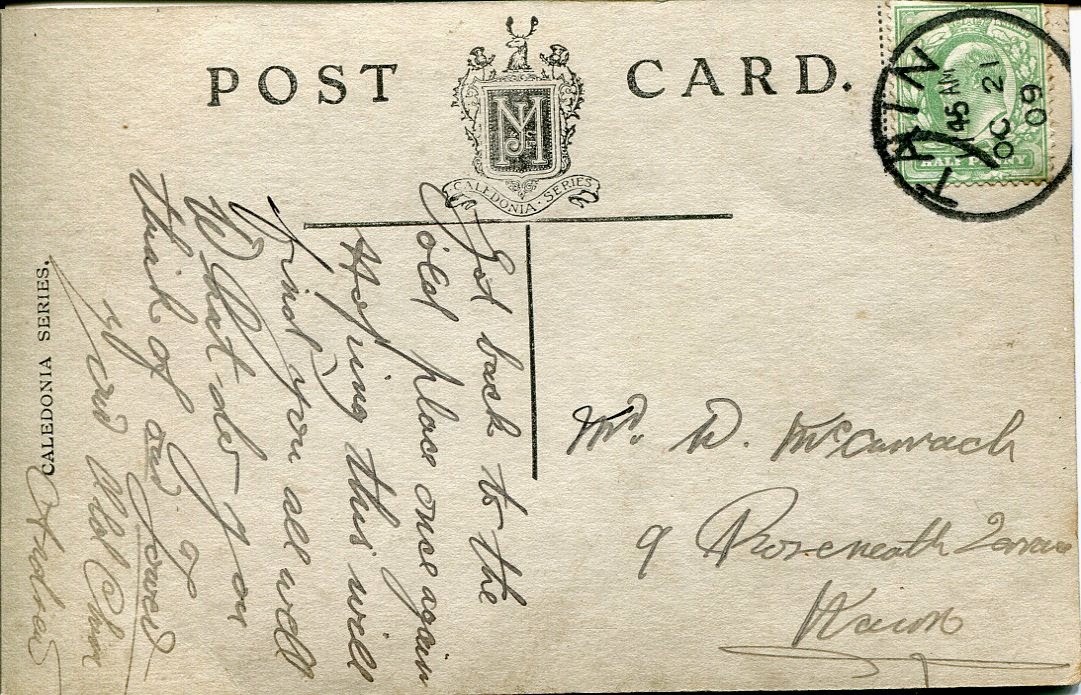 There were at least 5 adults living at 9 Roseneath Terrace at that time.  Susannah (the mother), Jack, William, and Bella (all siblings) are all living here according to the postcards we've seen so far.  Annie, the youngest daughter, seems to have been a domestic servant for someone, and she sent cards from Gourock and Dunoon which seem to lead to this conclusion.  John (father to Jack) was also living there.  Alexander (oldest son) had moved to Toronto, Ontario, Canada in 1907 and got married to Matilda Spencer later that year - so by the time this card was sent, he was gone.  By 1911, Jack, William, Alex, and Matilda, were all living in Vancouver.

The front of the postcard shows the tower in Tain that is attached to the court building - if you look at the last postcard, the base of the tower can be seen on the left hand side.  The courthouse was built in 1849 with additions in 1873.  The tower itself, however, is "ancient" (no date found) with its bell being made in Holland in 1616 - it was formerly part of a prison.  If you look at the pictures, you can see the difference in the masonry between it and the rest of the building.  More information on the history of the town can be found here. 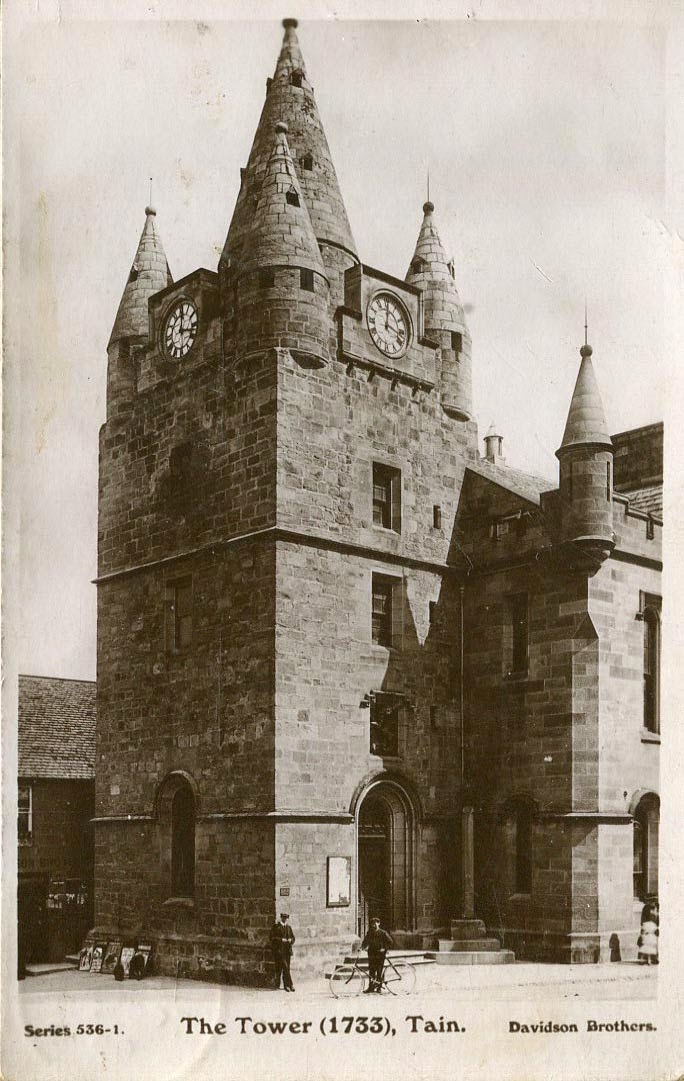 Like most places in these images, it looks rather the same today. 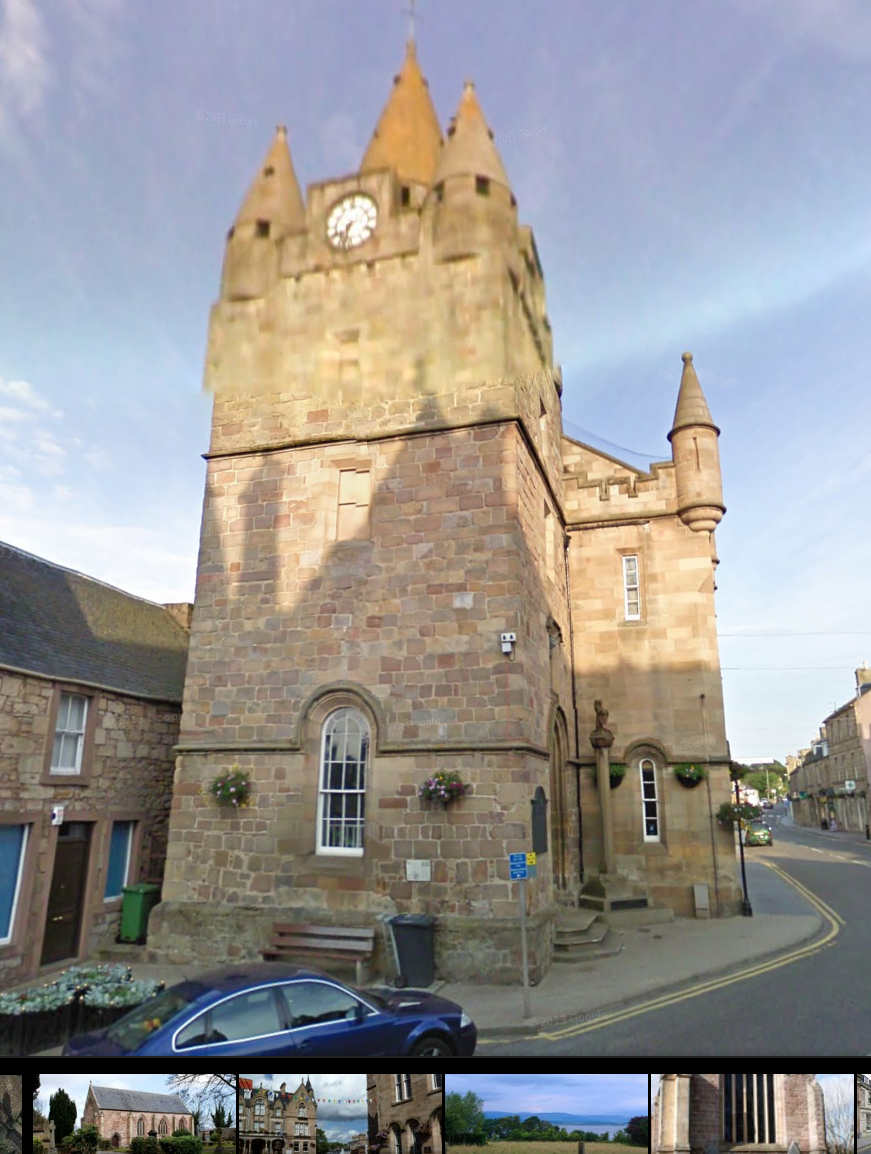 Nothing I'd rather be doing on a Thursday night than a little research!