This postcard has a photo of "Troup House, Gamrie" on the front of it.

Troup House is a Category B Historic Scotland Building that was listed as such in 1990.  According to the British Listed Buildings website, the building was constructed in 1897 and was designed by architect R.G. Wilson from Aberdeen.  They call it a 3-storey house, although I would maybe call it 2 1/2.

There seems, however, to have been a house there earlier (possibly the smaller buildings seen on the later maps below).  This map from 1822 clearly shows a Troup House in existence (thanks to the National Library of Scotland): 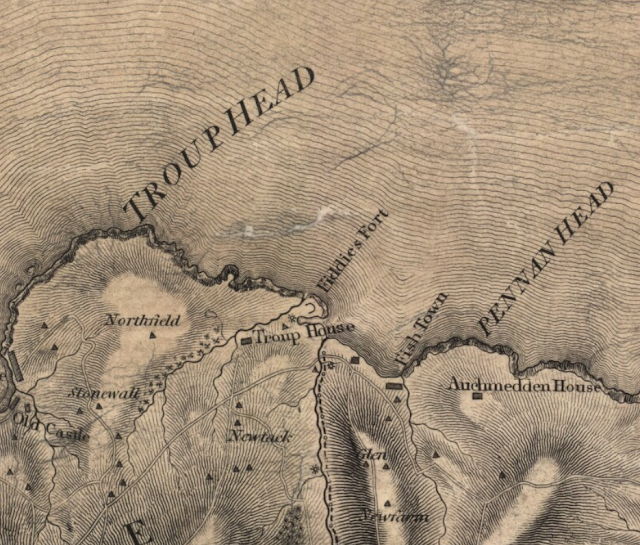 Troup House is now used as a specialist day and residential school for kids aged 8-16 who have emotional and social difficulties, including autistic spectrum disorders and behaviour issues.

As far as the rest of the building's history, I know only a little.  The house was apparently the seat of the Garden family who purchased the lands of Troup in the 17th century.  The family established Gardenstown in 1720 as a fishing port.  A service wing was demolished around the 1920s and replaced with a service court. 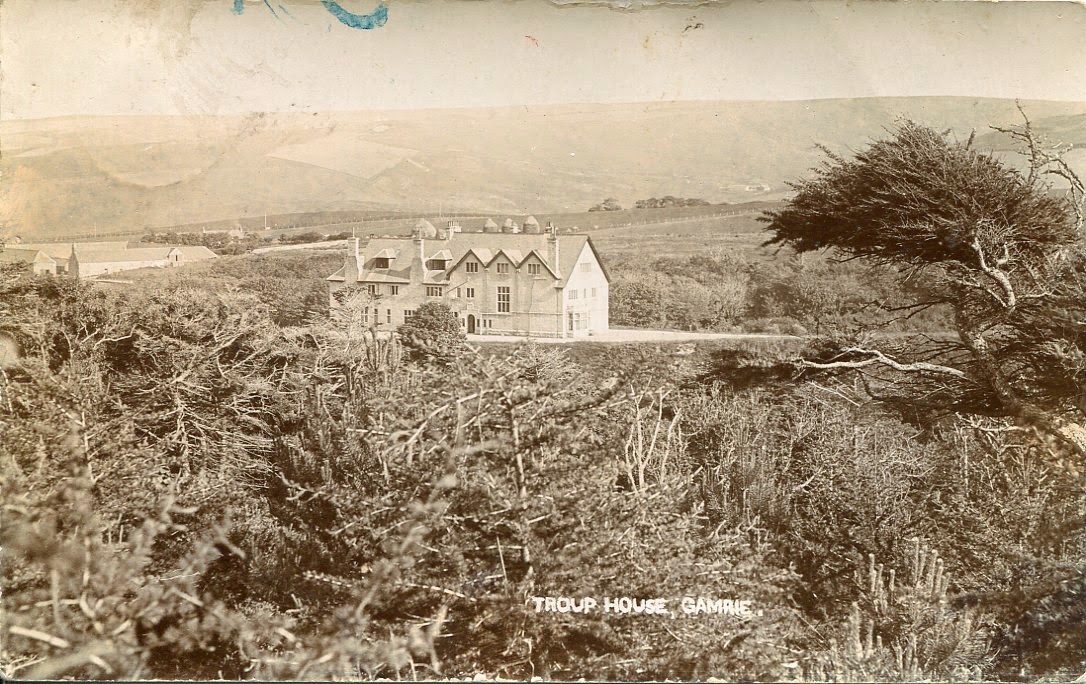 This was the back of the house - if you look in the aerial shot below, you'll see the three gable windows. 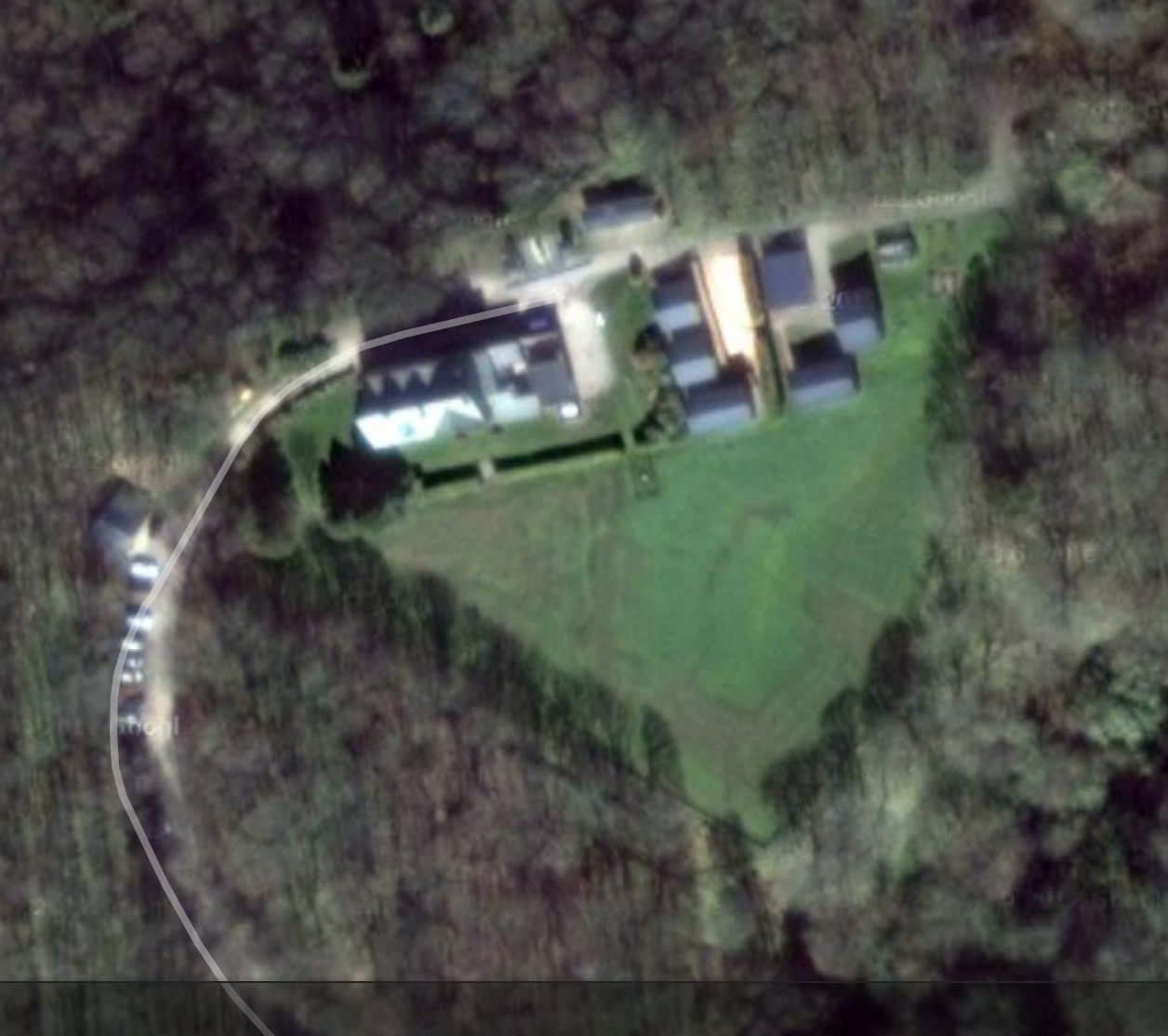 This is the south side or front of the building.  You'll see the large gable central to the building in the aerial shot as well as the small one and the chimneys.  If I didn't have the aerial view, I would not really believe these were the same building. 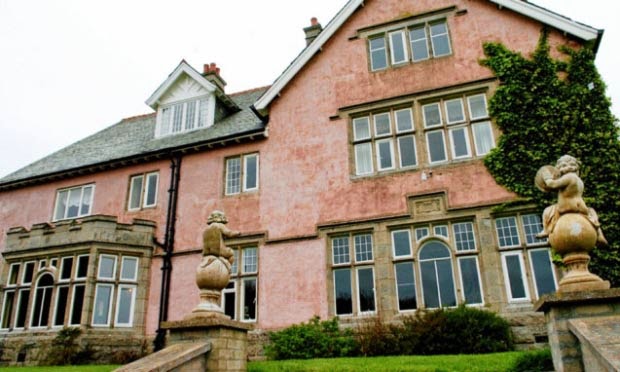 These map sections were found at Scotland's Places, thanks to a reader: 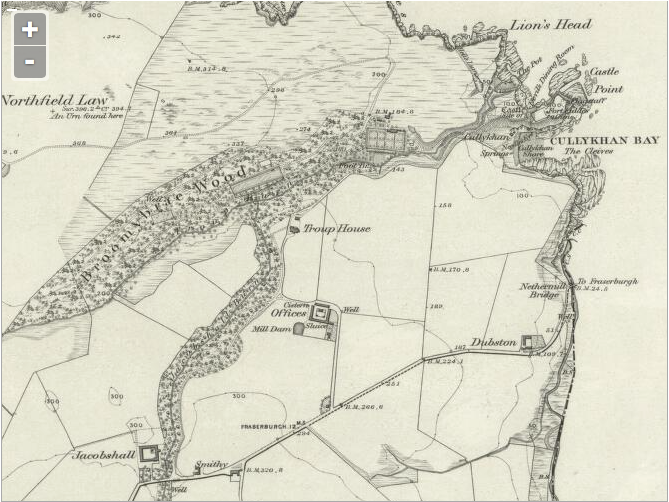 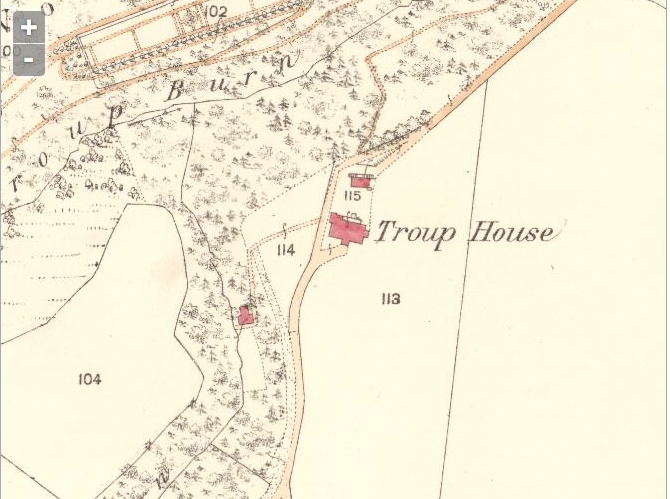 Gardenstown in relation to Troup House: 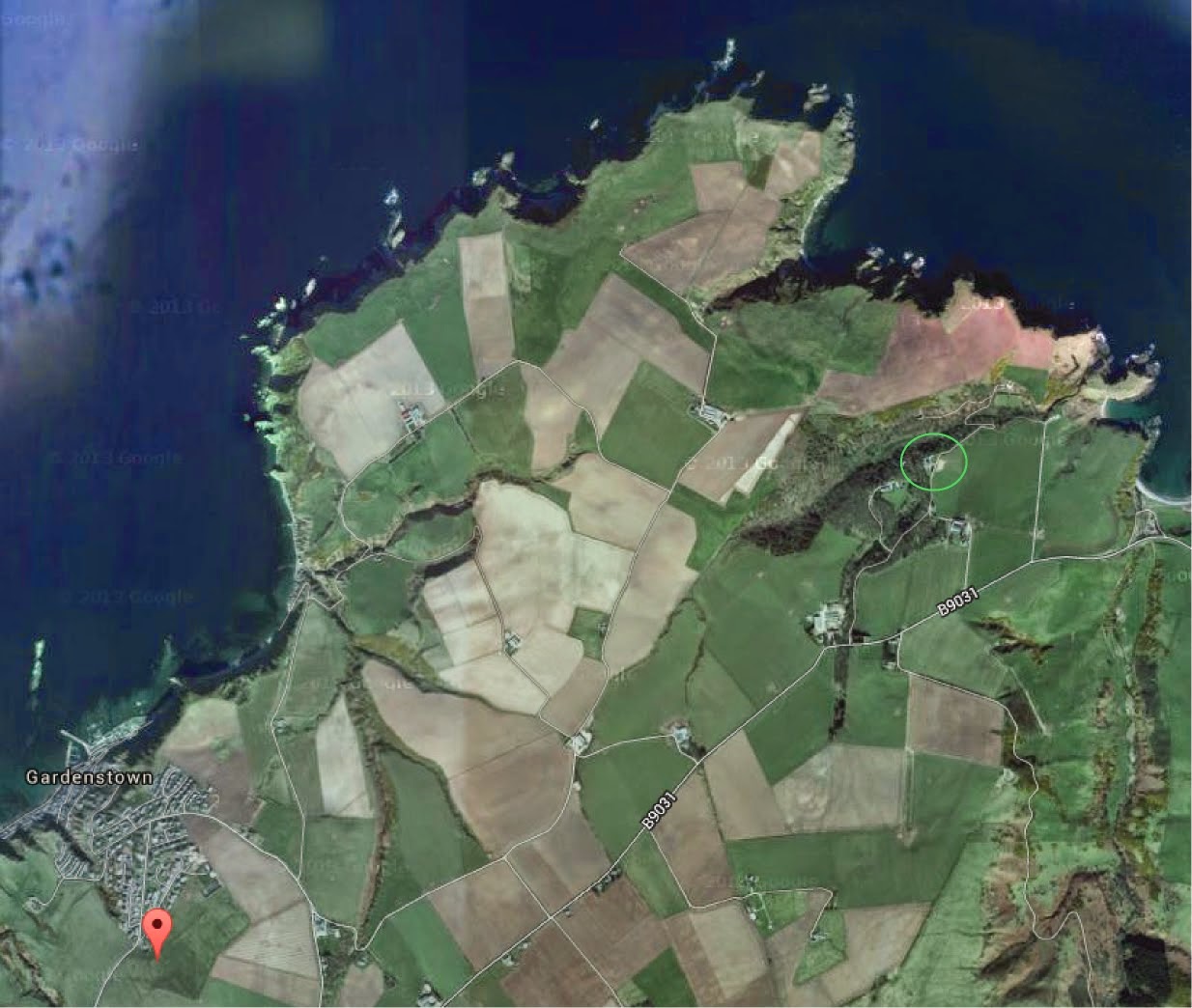 The back of the postcard reads "Kind regards, This would be a nice place to spend a week end.  Yrs etc. Lizzie Steele".  Lizzie was Nellie's older sister.  In 1901 she was a servant to the Melvin family in Banff.  Not sure what she was doing at this time (November, 1909), but she was likely still a servant. In 1912, she became ill while pregnant, and Nellie delayed her trip to Canada to take care of her.  Lizzie died on May 10, 1912.  When the baby was adopted out, Nellie came to Canada in October that year.  My Grandmother told me that the baby was named Peggy Black. 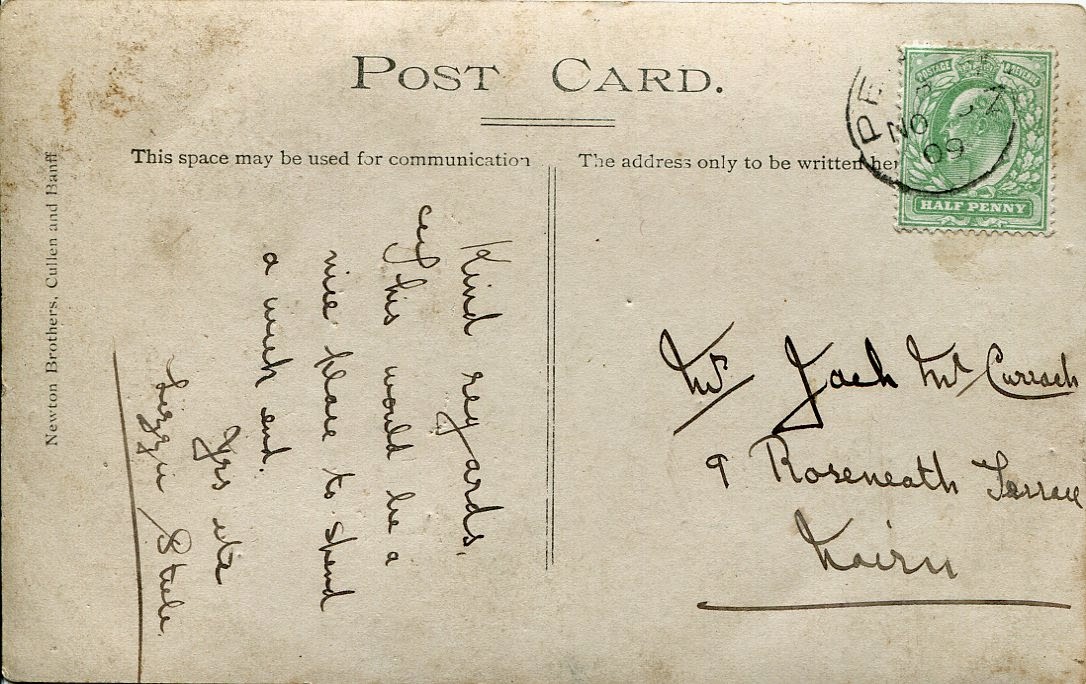