Sent on July 21, 1909, this postcard was from Nellie Steele (my great-grandmother) to Jack McCurrach (my great-grandfather) before they were married.  Jack was living in Nairn with his mother at 9 Roseneath Terrace, and Nellie was in Aberdeen (or at least sent the postcard from there as it was postmarked from Aberdeen at 9:50 AM) waiting for a "place" in Inverurie.  She may have had a position as a domestic in Inverurie, or it might have been something else - can't imagine at this point that she had the means to do a summer rental - and Inverurie wasn't exactly a hot vacation spot.

The text on the postcard reads:  "D.J. Is this how you did when you were at camp I have got that place at Inverurie so I am just staying here until I go to it I go to it on the 31 July N.S."

In 1908, the 4th Battalion was formed, based at Inverness with the Seaforth & Cameron Brigade in the Highland Division.

So, in doing the math, that means that Jack was a member for 1 1/2 years between when it formed on (or after or about) April 1, 1908 and when he left on June 4, 1910.  They had an annual camp which is likely what Nellie was referring to.

In 1916, Jack joined the Canadian Expeditionary Forces (CEF) with the B.C. Bantams - you can read all about that odd little battalion in my published article (self-promotion, self-promotion).  It is on his attestation papers to the CEF that he stated his previous military service with the 4th Cameron Highlanders. 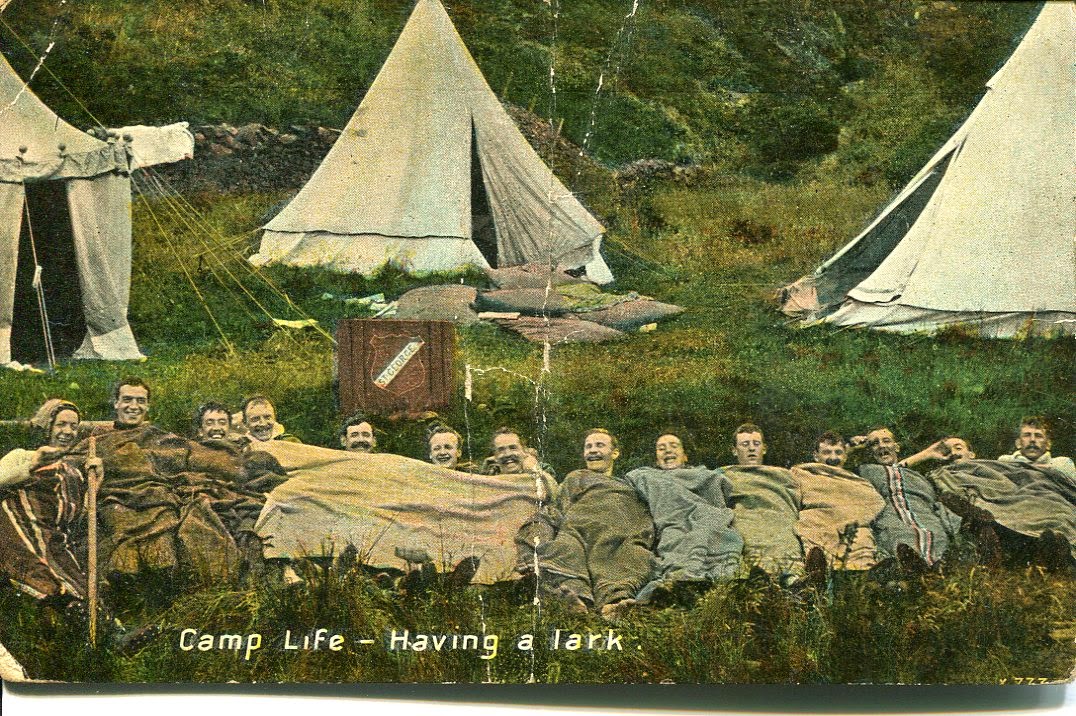 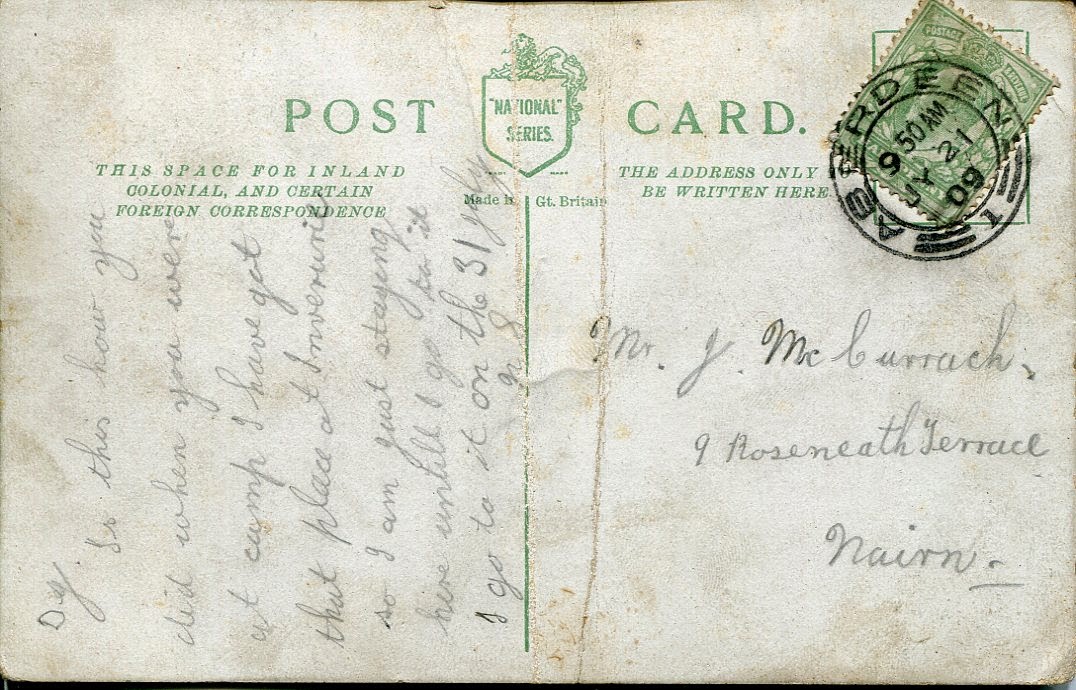 Jack would end up in France on the front lines in Lens during the battle for Hill 70.  He was shot and ended up in hospital for several months before joining the Stationery & Typewriter Service (he was a trained compositor or printer).  He remained in Great Britain until he came home to Canada in August, 1919.