And then Jack moved to Canada.

Jack McCurrach left Scotland June 4, 1910 on the S.S. Cassandra of the Donaldson Line.  The Donaldson Brothers had the S.S. Cassandra built in 1906 (by Scotts Greenock).  The engines were made by Scotts Shipbuilding and Engineering Co.  The ship was part of the Donaldson line (through various names) until 1925 or 1929 (the source isn't clear) when it was bought by a German company (Arnold Bernstein of Hamburg) who used her as a cattle carrier.  She was scrapped in 1934.

During World War I, the ship took part in the Dardanelles and Gallipoli campaign in 1915.  She rescued 700 passengers who were torpedoed on the California.

Jack travelled to Canada with his younger brother, William.  Their older brother, Alexander, had moved to Toronto in 1907.  By 1911 (probably in 1910), they were all in Vancouver.

In the collection I have this postcard sent from Jack to his mother in Nairn, it was not postmarked, but I found the passenger's list (at the Library and Archives Canada passenger list website) that tells us the day they left.  It also tells us that Jack was a printer, and William a postman. 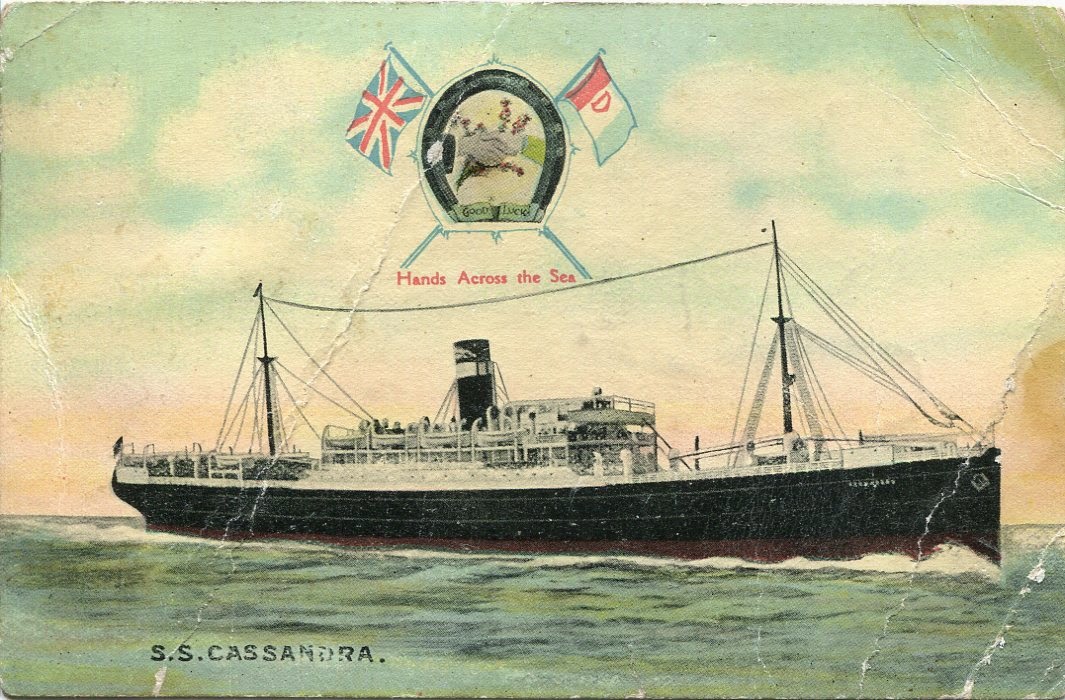 The postcard reads:  "Dear Mother,  This is the boat we sail in.  We have been all berthed together and are just upon (?) starting.  I think will enjoy the voyage all right.  Will write first chance. Remember me to Mrs. Lim.  Love to all Jack.  Tell Belle to mind the spasms.  oXX to Mona." 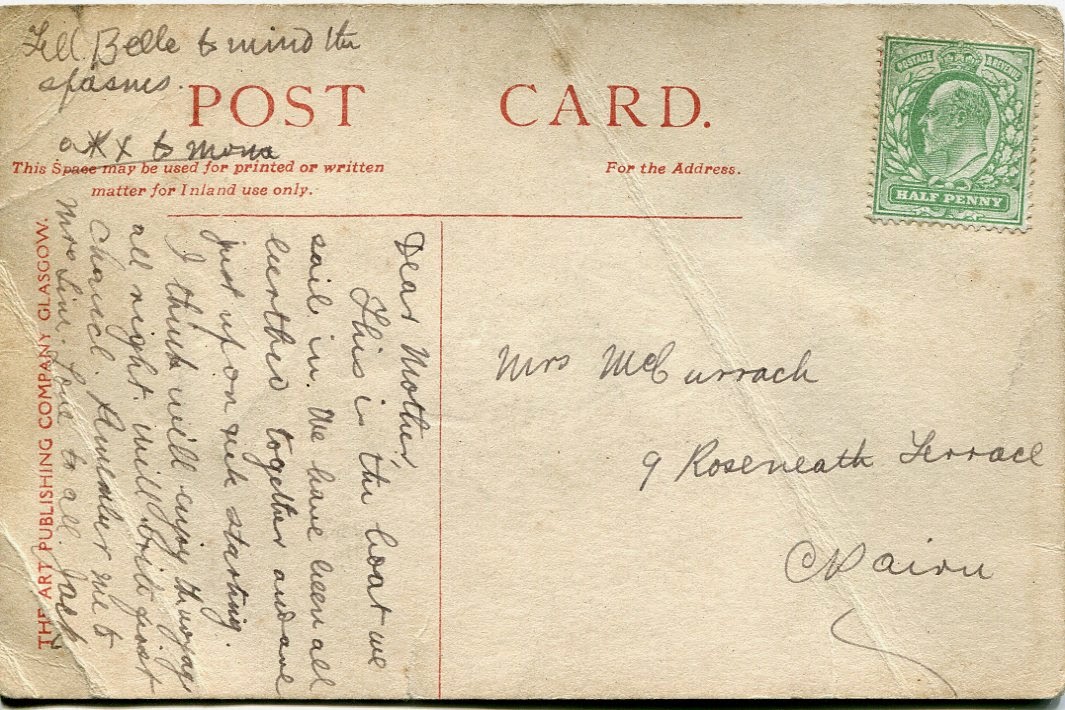 I have no idea who the "all" are who have been berthed together.  In the second class listing of passengers, there are only a few people going to Vancouver.  One man named Peter Ross was single and about the same age.  But I just don't know who he meant besides him and William.

He left Nellie back in Scotland while he went to Canada to get established.  It would be over two years before they saw each other again.  Mail must have taken on an even greater significance with them being so far apart.