This postcard is not really location-based, but shows the colours (flags) of the 6th (Morayshire) Battalion, Seaforth Highlanders. 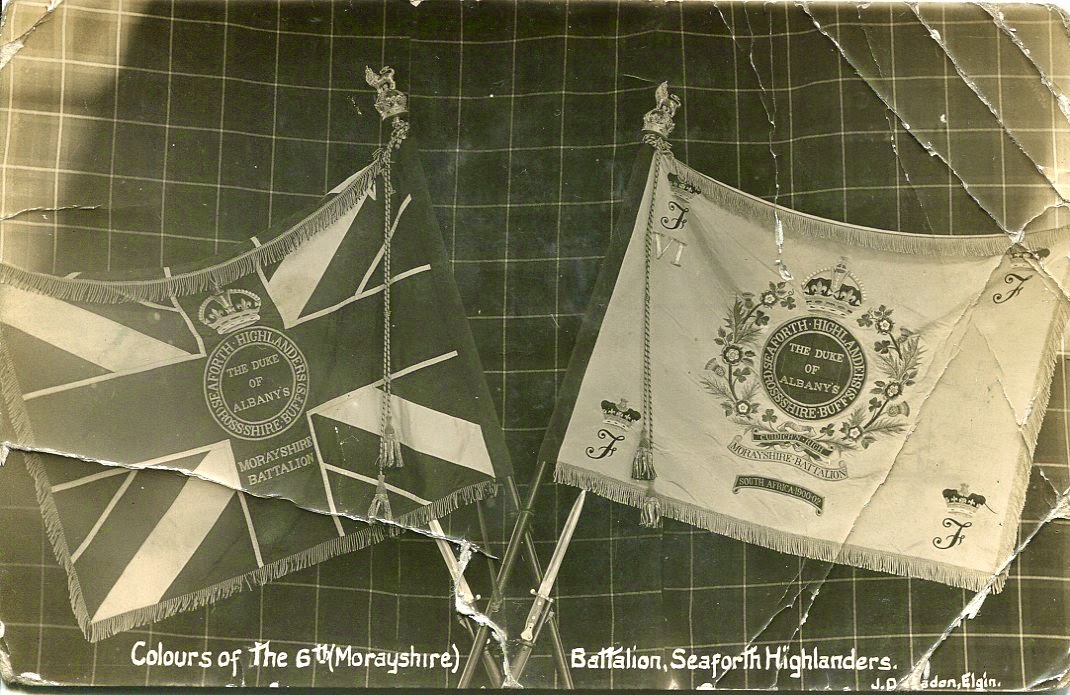 The 6th Battalion, from what I understand, was a reserve battalion - as Jack's regiment would also have been.

This postcard was sent October 27, 1909 from Burghead, Scotland.  Burghead is located to the northwest of Elgin and is in Morayshire, where this battalion was located. 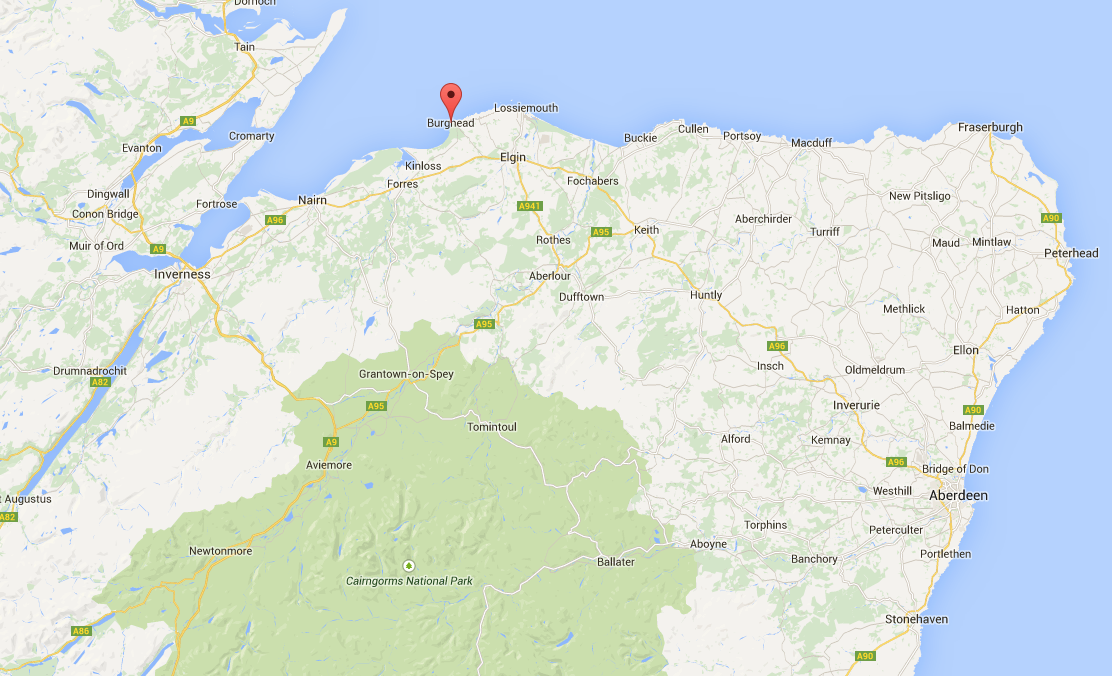 The Postcard was sent to Jack McCurrach in Nairn and was from Sarah - a name we've seen on this other postcard.  It would seem that previous postcard was also sent from Burghead.  Here is the Burghead Post Office.  I can't imagine that it's changed much in 100 years: Written on the back is: "Your photo was awfully good Jack.  Thanks very much for it.  You see my space is limited as I cannot write more.  Sarah" 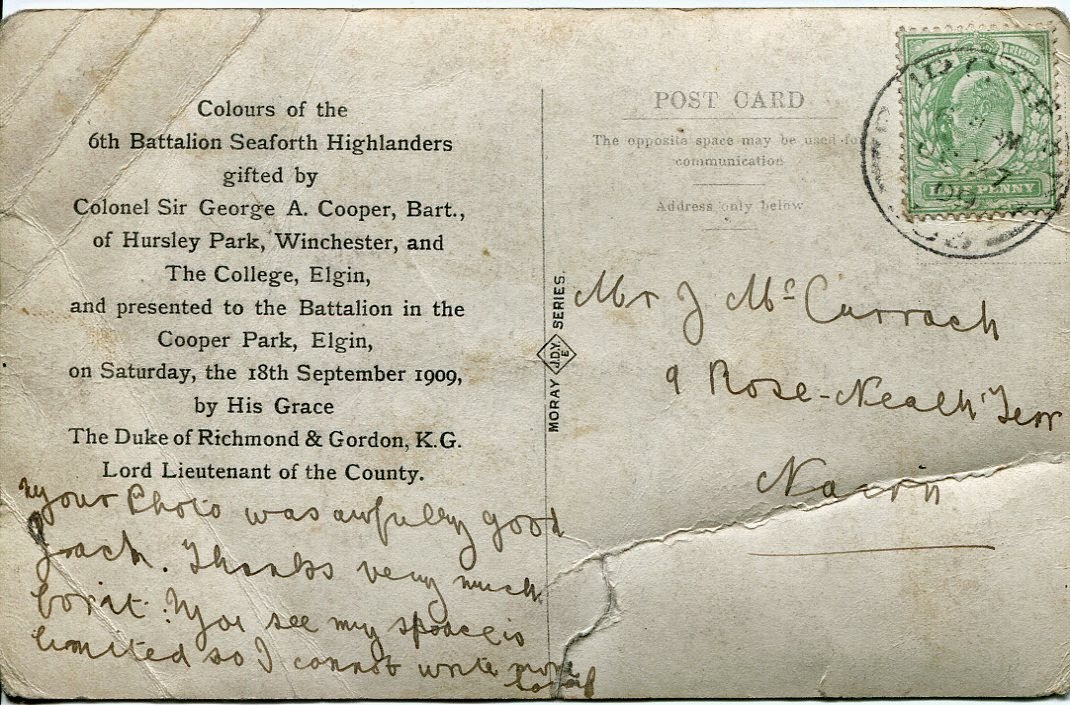 I do wonder who Sarah was.  Was she a relative, or another sweetheart?  Was he trying to decide between his future wife (my great-grandmother, Nellie) and Sarah?  Maybe we'll find out at some point, but right now I don't know.  There are three Sarahs living in Burghead in the 1901 census who are around Jack's age.  Sarah Robertson is the daughter of Donald and Mary, Sarah Sandeson is the daughter of William and Isabella, and Sarah Stewart is the daughter of Alexander and Sarah.  We'll see if there is any clarification with future postcards.

You will also note that the postcard is referring to something that happened on September 18, 1909 ("... and presented to the Battalion in the Cooper Park, Elgin, on Saturday, the 18 September 1909 ...") - and it was sent only a little over a month later.  You can see by this postcard that this type of communication was used not only to pass personal messages, but in a way to pass along news.  This also indicates to me that there was probably a local photographer making postcards that were of local interest.

As an aside, Jack had his birth registered in the Parish of Rafford. 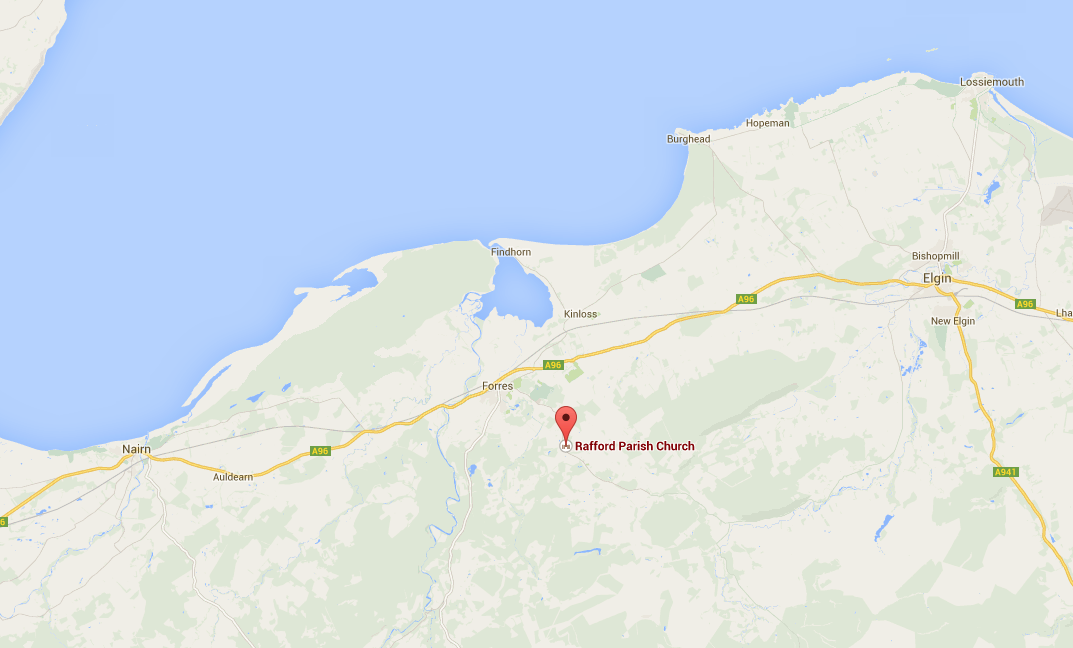 His father, John, was listed as a farm servant and they lived at the Leys of Hillhead in Rafford.  Hillhead was a large farm on the property of the Earl of Moray (who still has farms and properties managed by Moray Estates).  Ley farming consisted of growing grain crops on pieces of land and letting it ley (lay) fallow at times.

In 1901, the family lived in Elgin and John was a Railway Plate Layer.