As you can see from the front of the postcard, this is a photo of the Auld Bridge in Ellon.  Built in 1793, the bridge is category A listed and still used as a pedestrian bridge.  Ellon is a commuter community north of Aberdeen that also hosts the remains of Ellon Castle.  The river Ythan runs under that bridge and through the town of nearly 10,000 people. 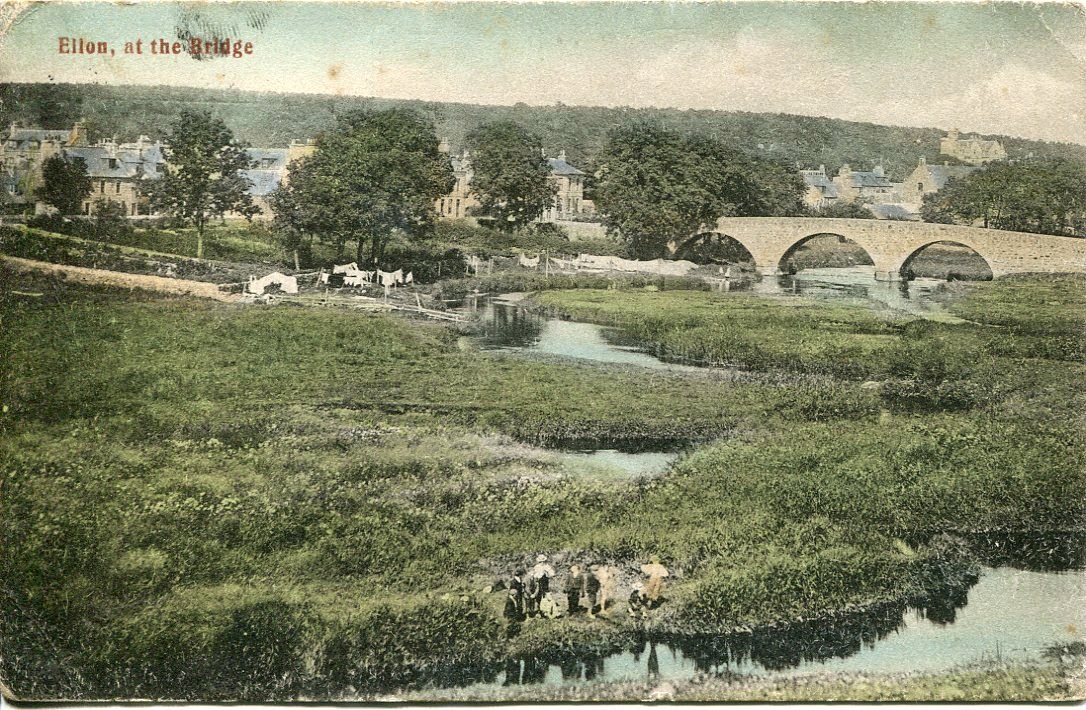 Here's a photo of Ellon Castle - just for fun: 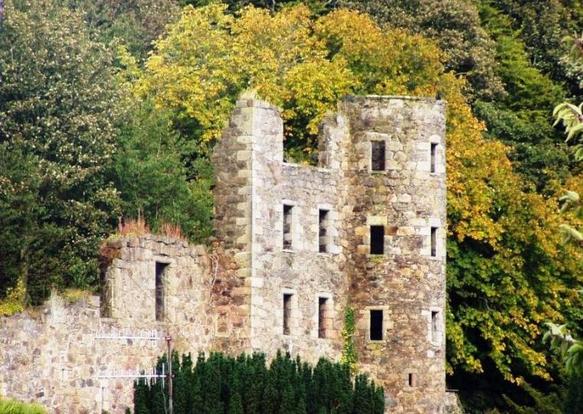 Here's what the bridge looks like today taken from the other side - note the buildings on the right in this photo are the ones to the left of the bridge in the other (care of Google StreetView): 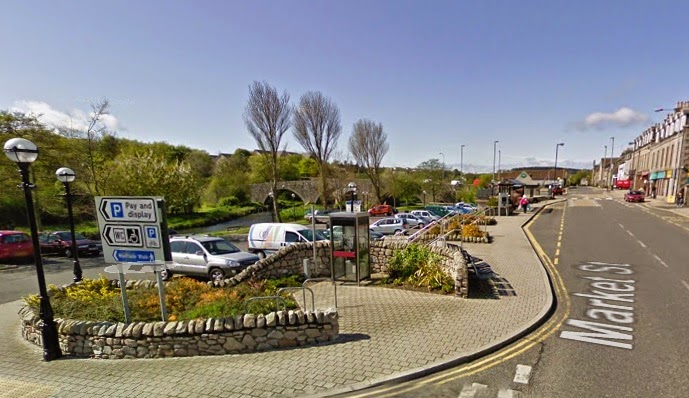 The reverse side of the postcard reads:  "DJ Thanks very much for PPC.  Glad to hear you arrived home all save.  I am feeling the effects of the granite too.  Nellie."  It is postmarked March 3, 1910 from Aberdeen.  I presume PPC is "Picture Post Card," though most frequently people have been shortening it to PC.  But that last line is a bit of a question mark for me.  I can only speculate, but I have to think that Jack had gone to Aberdeen (the Granite City) to visit Nellie and perhaps they had gone to the quarry?   Or if someone from the area has a better explanation, I'd love to hear it. 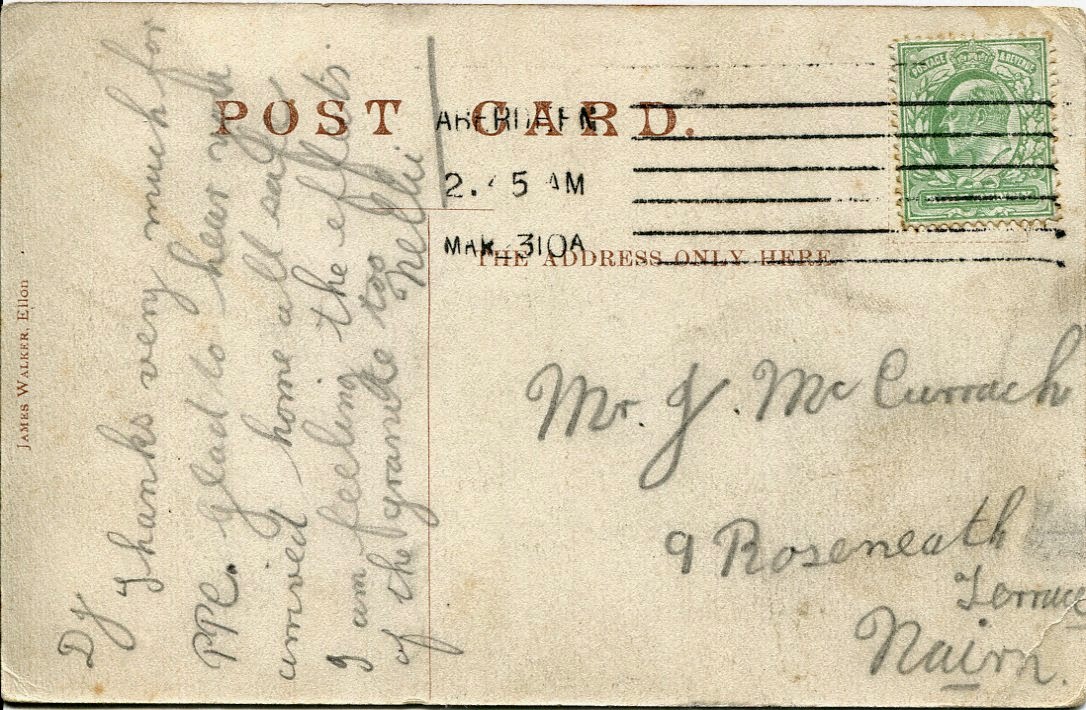 Jack was still in Scotland at this time, but preparing to head to Canada.  A visit (or several) to his fiancé would make sense.

I hadn't really thought of it before, but Jack and Nellie hung onto these postcards for a reason (or two).  My Great-Uncle Jim, the last time I saw him, told me that they used to have these postcards in a big album on the coffee table in the living room - their own picture book.  I'm sure they were wonderful visual reminders of the home they had left forever, but also of that sweet time in a couple's existence:  courtship.