It also was sent to Mrs. McCurrach (my Great-Great-Grandmother, Susanna) at 9 Roses Place, Nairn, like yesterday's.  It was postmarked June 30, 1909, and also from Pitcaple (like the other Keith Hall postcard) - but on the side of this postcard the writer has written "Pitcaple Castle".  Pitcaple is located in Aberdeenshire to the northwest of Inverurie - it's near the lodge in this satellite image: 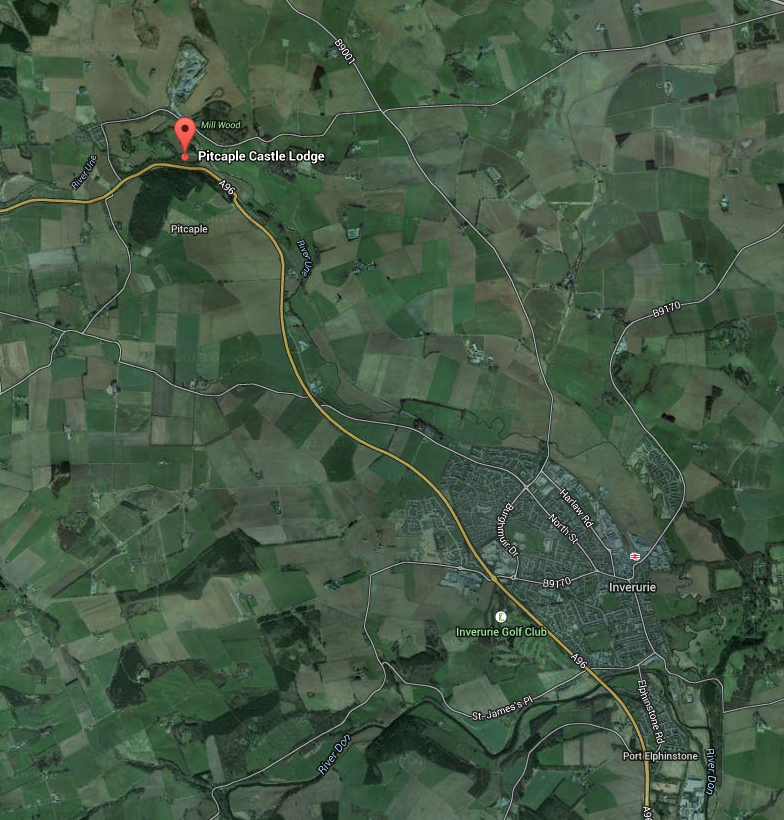 The text written on the P.C. says "Thanks for P.C. we were beginning to think you had been drowned in the rain. glad to hear you are all well. we come back to Nairn on the 27th I must really tell you Lizzie is not behaving very well.  with kind regards to you all from B. Donald."

Obviously, it had been a wet summer - but isn't it always in Scotland??

I'm not sure who Lizzie was - or who B. Donald was.  In looking at the Scottish census, I'm thinking Lizzie may have been a niece to Mrs. McC - she was not a daughter.  I wonder what she was doing and why she was with B. Donald ... 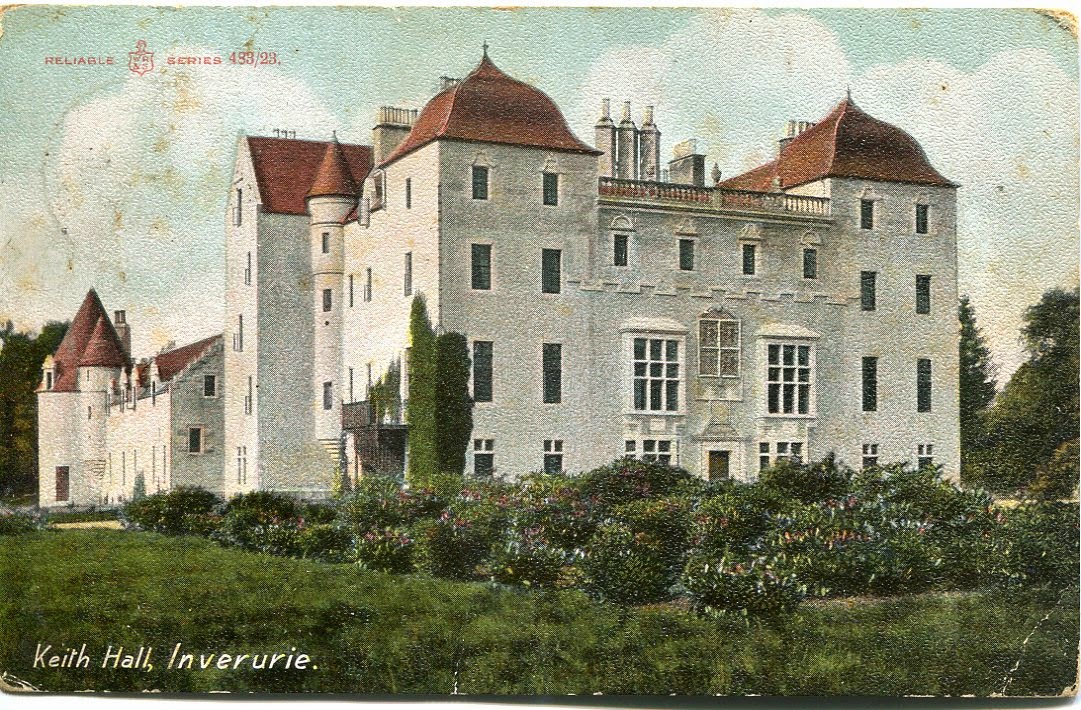 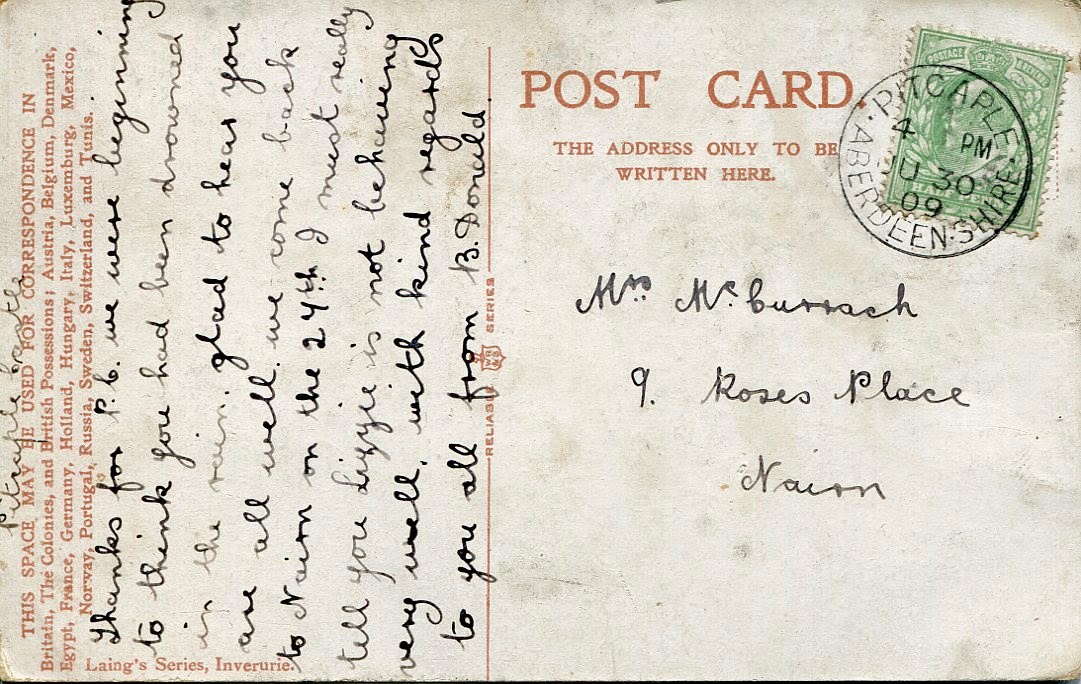 Sir John Johnston the third Knight Baronet of Johnston, is shown in "Genealogical account of the family of Johnston of that Ilk, formerly of Caskieben, in the shire of Aberdeen and its principal branches"as apparently the last Johnston of Caskieben.  It looks like he was only "of Caskieben" by name, not by location.  Apparently, John's father, Sir George Johnston of Caskieben, had lost his estate by "a too generous way of living" (p.236).  John Johnston didn't do any better with his money, and ended up in the British Army in Ireland where he tried to find a rich wife.  Basically he got chased out of the country and, ending up in England short on money, he became beholden to Captain James Campbell.

Interestingly, Johnston was executed in 1690 for his part in kidnapping Miss Mary Wharton so she could be forcibly married to James Campbell.  Campbell did not meet such a fate, but managed to get away "scot free", as they say (page 237).

Caskieben was renamed Keith Hall when it became the property of the Earl of Kintore (Sir John Keith) in 1677 - the same time he was made Lord Keith of Inverurie and Keith Hall.  He was the third son of William Keith, the Chief of Clan Keith (source).

Keith Hall is now the family seat for the Keiths.