I just Love the name of this building:  "Logie Elphinstone." 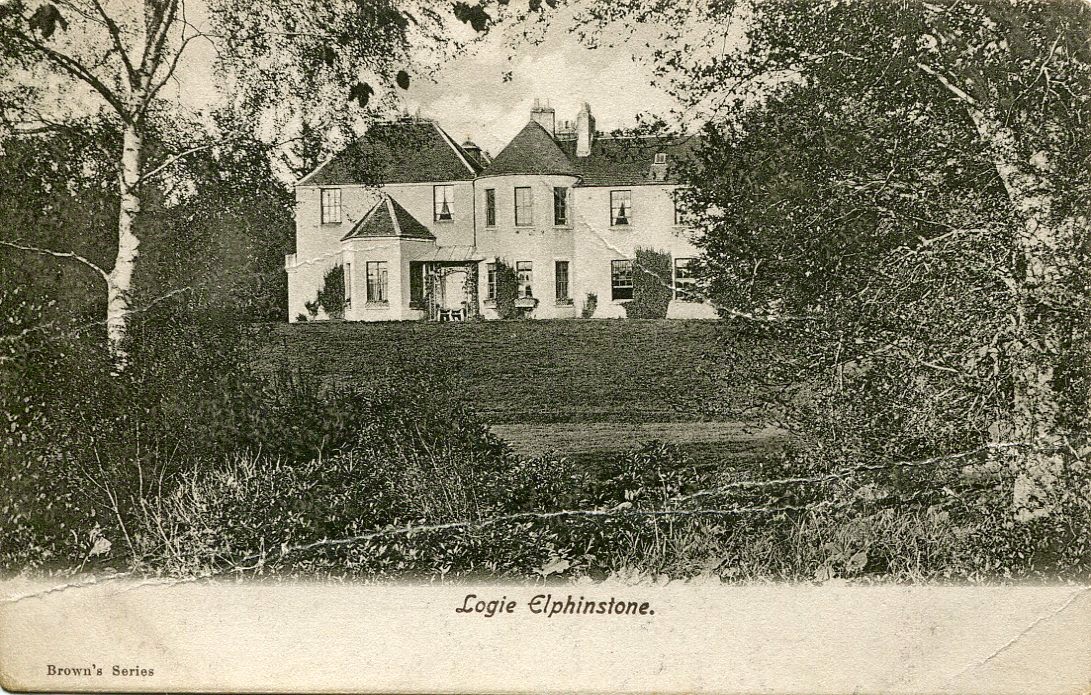 And oh, how easy the research is when you find that the Lodge/House/Castle is indeed still there.  Apparently lots of weddings happen there, and if you want to stay you need to book well in advance (try a couple of years).  You can read all about it here, but the Coles notes version is that it is located about 16 miles west of Aberdeen, and was originally a fortified tower house built in the 1670s and extensively modified in the 1700s.  The property it sits on was originally purchased by Laurence Elphinstone in 1492.  It was at one time on an estate of 7542 acres and now is left with about 130.  A fire in 1975 left much of the house in ruin, but it was restored in 2009.  (They probably didn't have the 9-metre infinity pool that's mentioned on the website when this picture was taken). 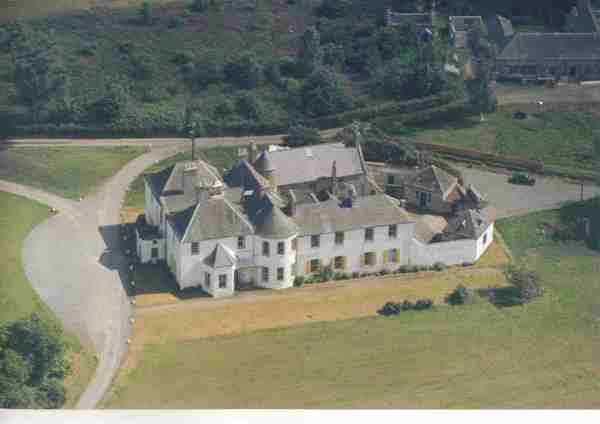 For more photos, check out the gallery at their website!


Here are the floor plans (how about bedroom 1 with a round ensuite?): 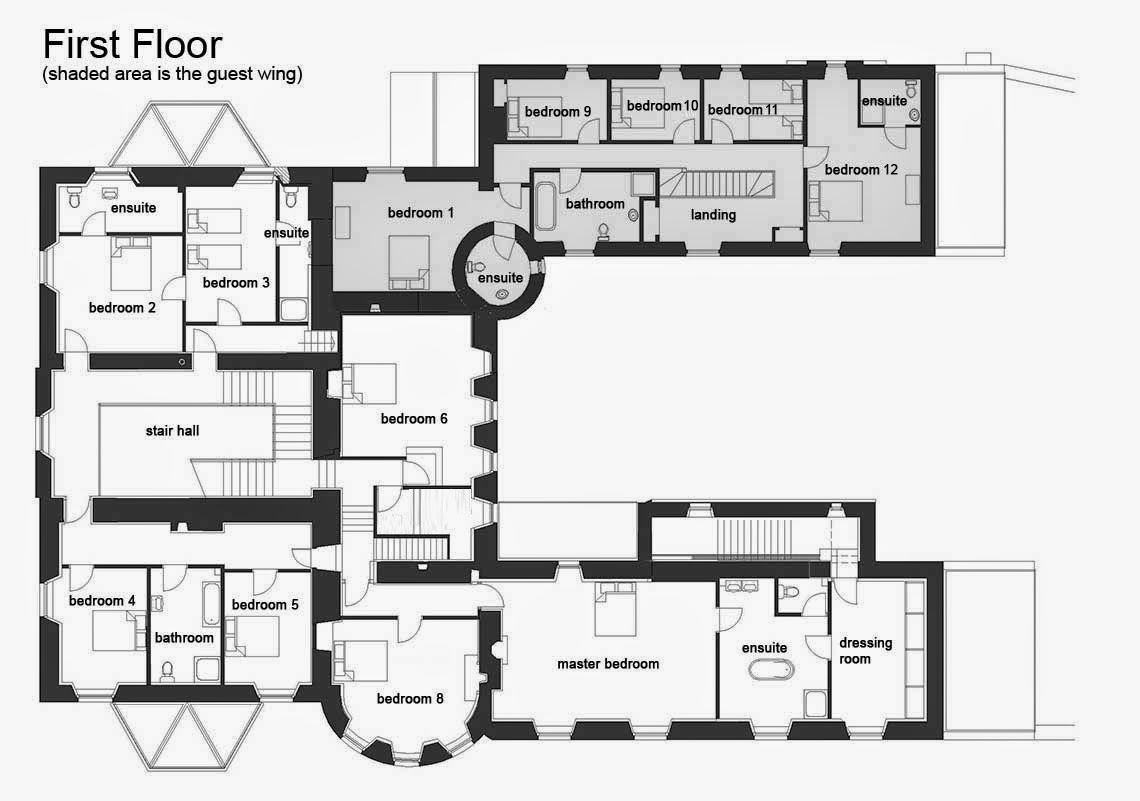 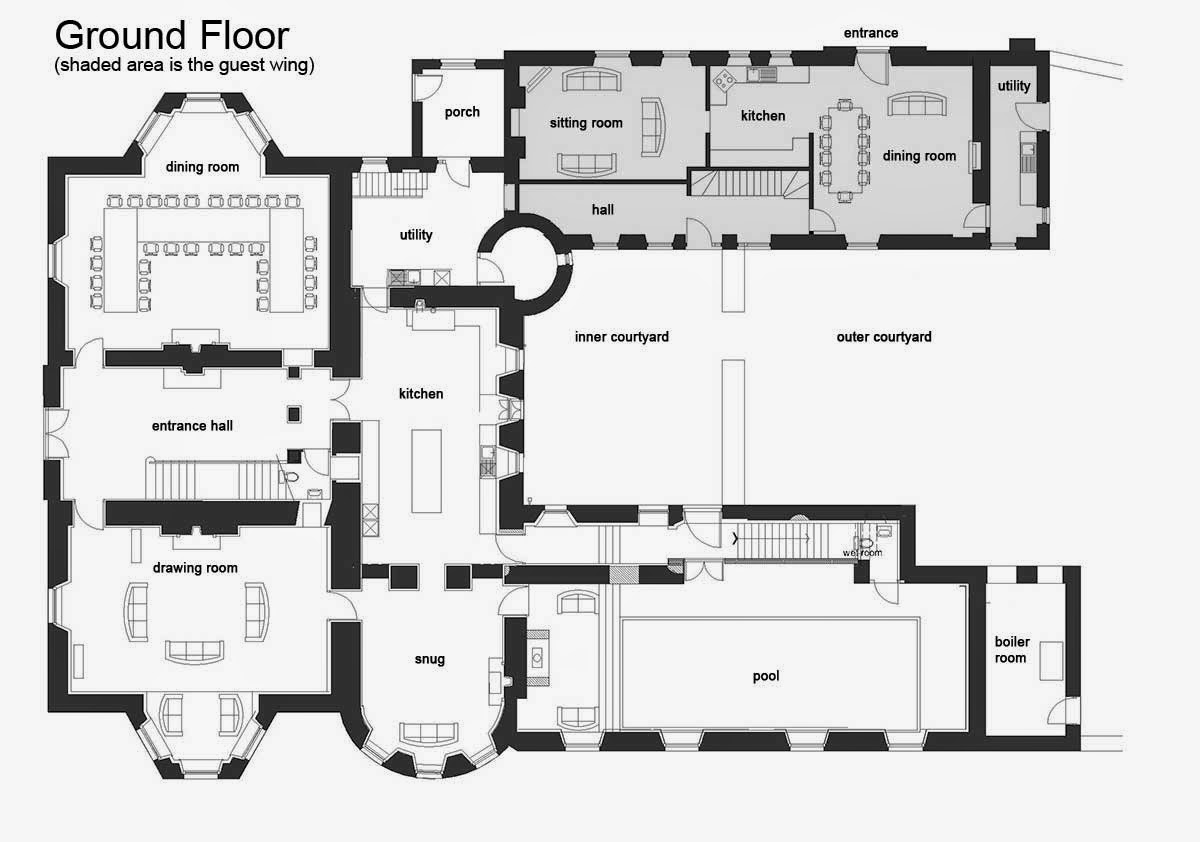 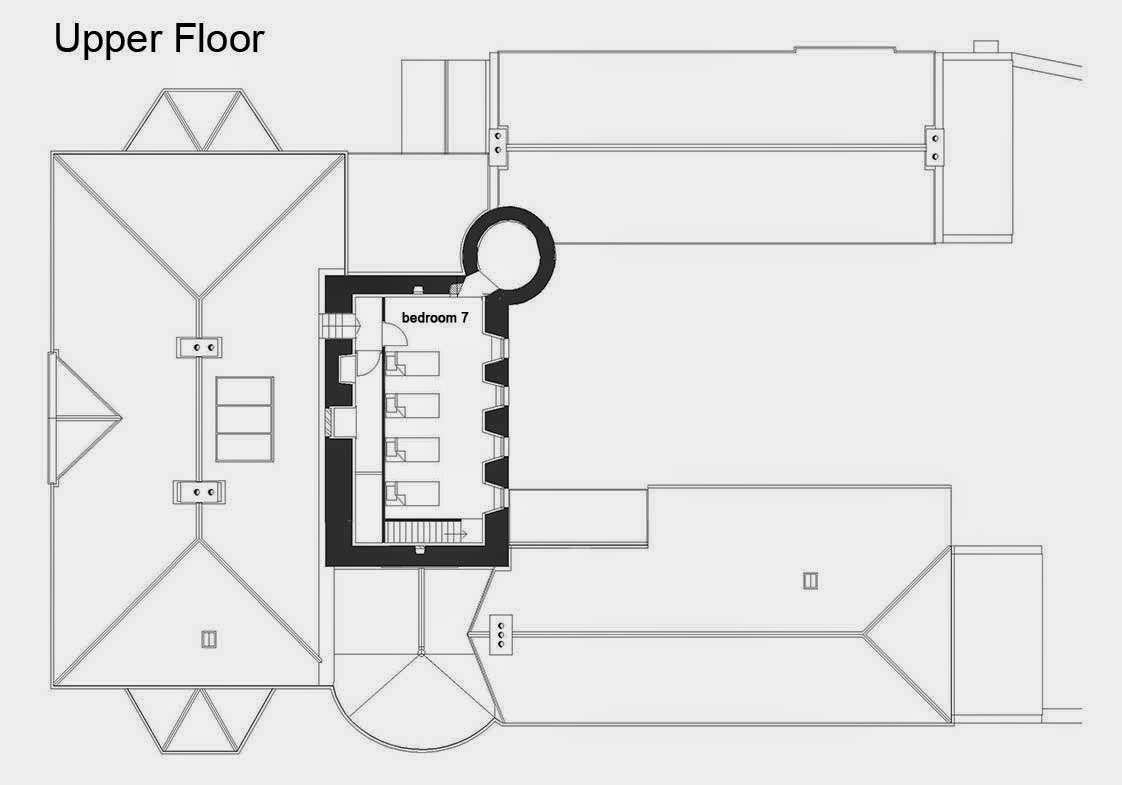 The back of the postcard reads:  "DJ Got your letter this evening, your letter will be late this week will explain why when I write, very stormy.  Nellie"  So it was to Jack in Nairn from Nellie and it was postmarked from Aberdeen.  I don't for a minute think she stayed here.  Not sure she even visited, but she bought the postcard.  Now, by this time Jack was a printer, and since all of the postcards are to him in Nairne, it would make sense that he was a printer there.  Nellie was a servant somewhere - by 1911 she was in Banchory working for a married couple there - with 3 other servants. 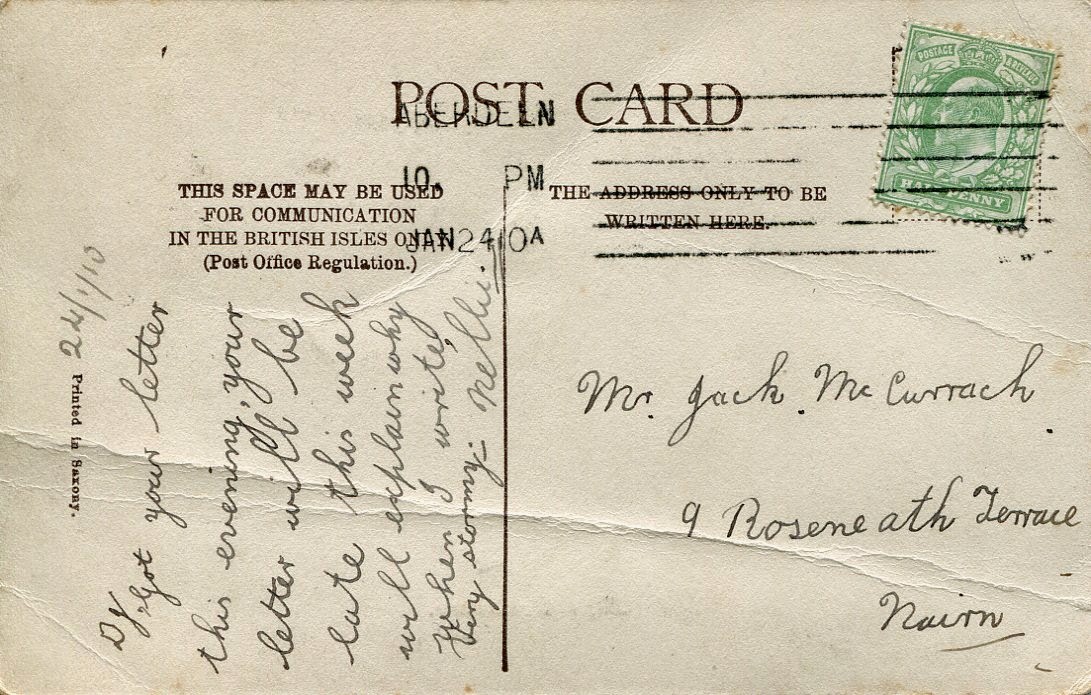 By the way, here's a photo I found of her on Ancestry.ca: 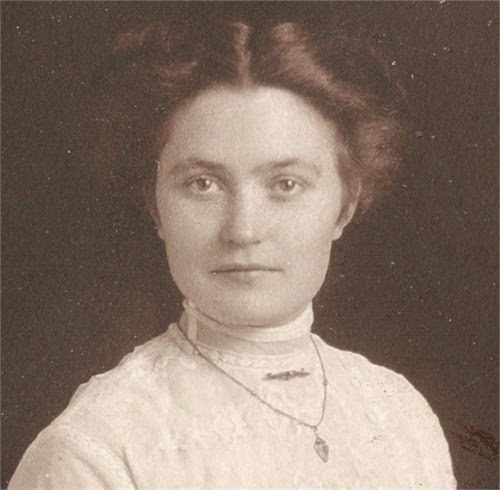 Not sure I've seen this one before, but I've certainly seen one like it (love the hair).