This postcard is of the MacLean Memorial Fountain in Burghead.  As previously mentioned, Burghead is located on the Moray Firth about 8 miles northwest of Elgin.  It juts out into the sea and has ocean basically on three sides.  Burghead is also home to a malting factory and a Whiskey distillery. 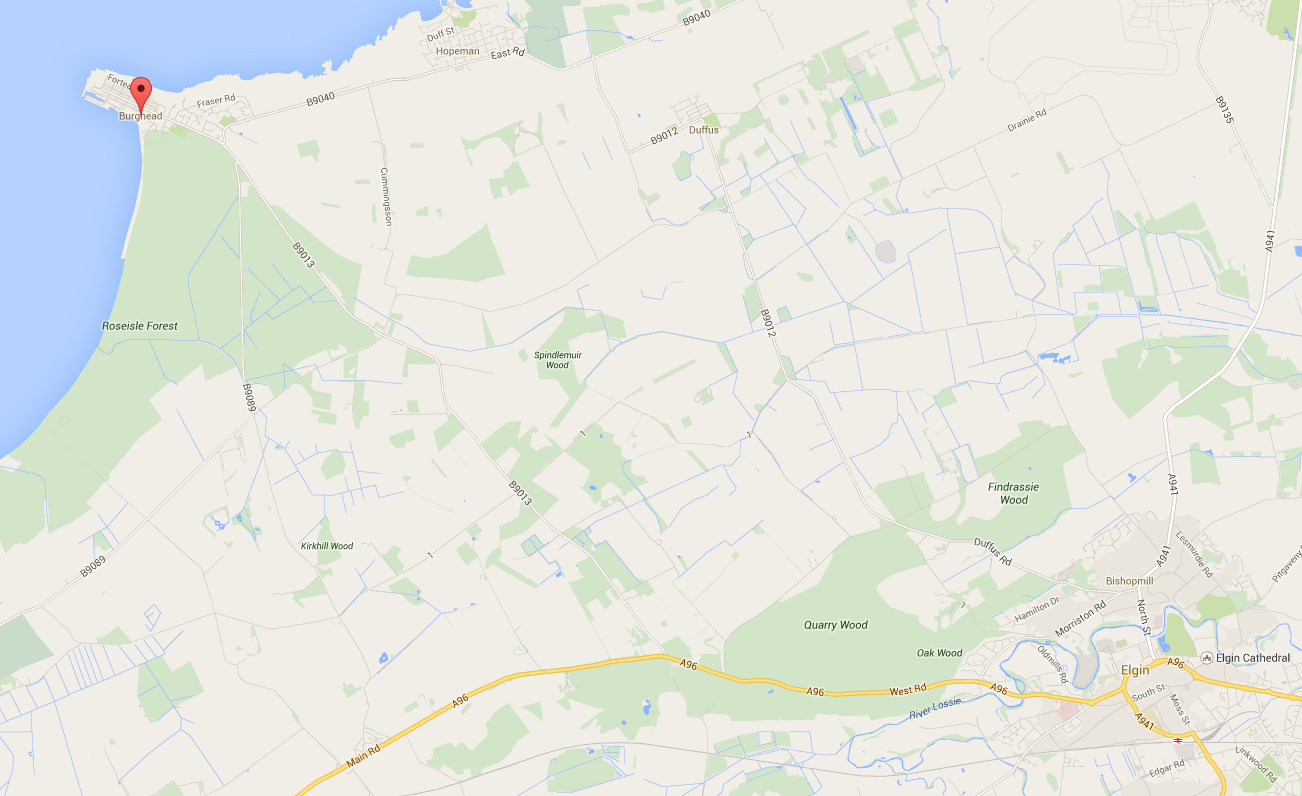 Burghead was built in the early 1800s on top of an old Pictish Hill Fort.  Nearby excavations have also uncovered iron age structures, Pictish building foundations, and Roman coins.

This drinking fountain was built in 1909 or 1910 - so was very recently built when this picture was taken (as the postcard was sent in April, 1910). 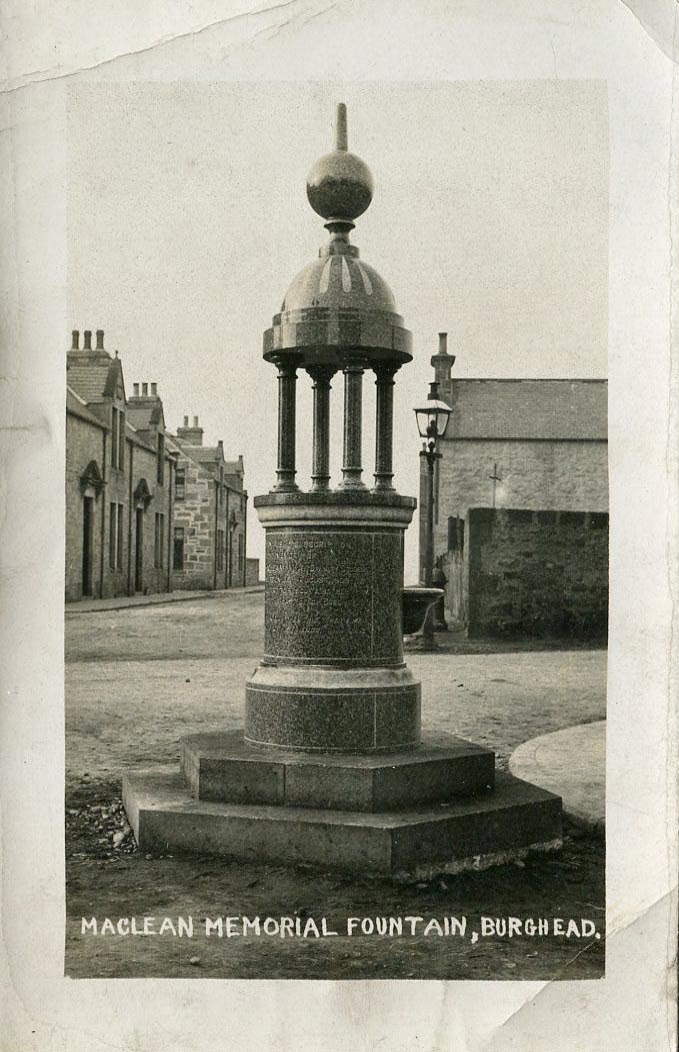 Here is a quote from an information sheet on Burghead: "The small memorial situated behind the war memorial, is to a local young man, Benjamin Maclean M.A. He was a student of Divinity and lost his life on 26th August 1909 in a successful attempt to rescue a young doctor who had foolishly gone swimming at a dangerous point near The Red Craig. The doctor had stated his intention of 'battling the waves' to Benjamin who had warned him of the dangers of swimming in that area, but the warning was ignored. Although Benjamin managed to save the doctor, the effort required caused him to become exhausted, resulting in his drowning. The memorial was erected by the people of Burghead. On the memorial it quotes from The Bible, 'Greater love hath no man than this, that a man layeth down his own life for his friend' (John 15)." 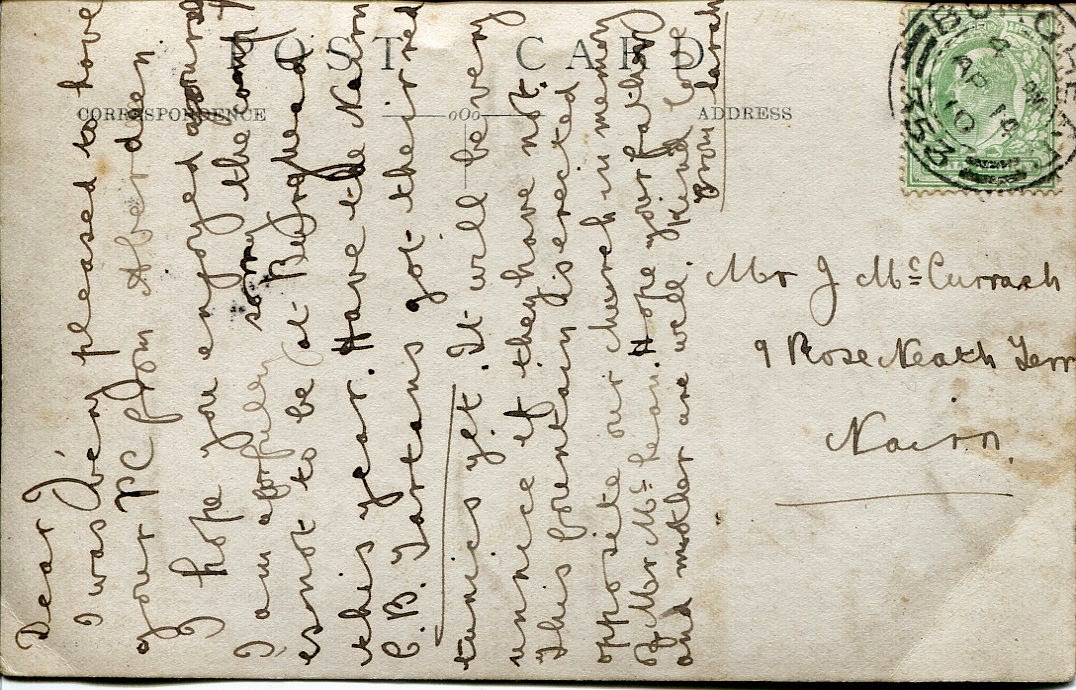 The back of the postcard reads:  "Dear J, I was very please to have your PC from Aberdeen.  I hope you enjoyed going (?)  I am awfully sorry the (?) is not to be at Burghead this year.  Have the Nairn C.B. Tartans got their red tunics yet.  It will be very unnice if they have not.  This fountain is erected opposite our church in memory of Mr. McLean.  Hope your father and mother are well.  Kind love from Sarah."  This is the third postcard from Sarah.  She is obviously an important person in Jack's life, but I am no closer to knowing who she is from this postcard.

I can only guess that the C.B. Tartans were a football (soccer) team - as Sarah is taking about tunics and Jack was an avid football enthusiast.  The trip to Aberdeen that she mentions was likely to visit Nellie.