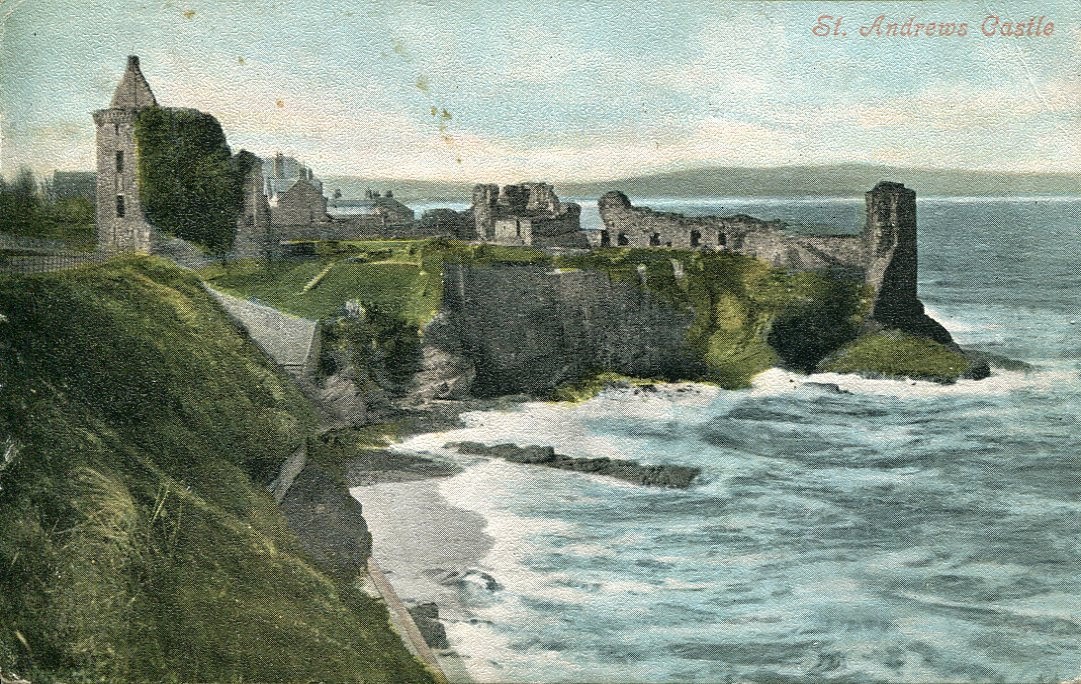 The 9th postcard in the collection was sent to Mrs. McCurrach at 9 Roseneath Terrace in Nairn, Scotland, from someone who signed "M. McL" (or maybe it's "McJ", could be an "S", "I", or "P".  Damned early 20th century hand-writing!)

The postcard was sent from Nairn on August 10, 1909 at 9am - so it was sent to Susannah from someone in the same town.  It would be odd today to send a postcard across town, and it would probably take a week, but postcards were popular before the ubiquitous use of telephones (after WWI) because they were a way to mail a short note cheaply.  If you didn't have the time to walk over, postcards were one of the few alternatives.  Postcard popularity declined after around 1920, and I would guess it was because of the widespread accessibility of the telephone.

The back of the postcard reads:  "I shall send 3 pints currants on Tuesday with Baker.  Please call there for them. These are all I have to share now all well."  This was just the best way to send a quick, impersonal note in Nairn in 1909. 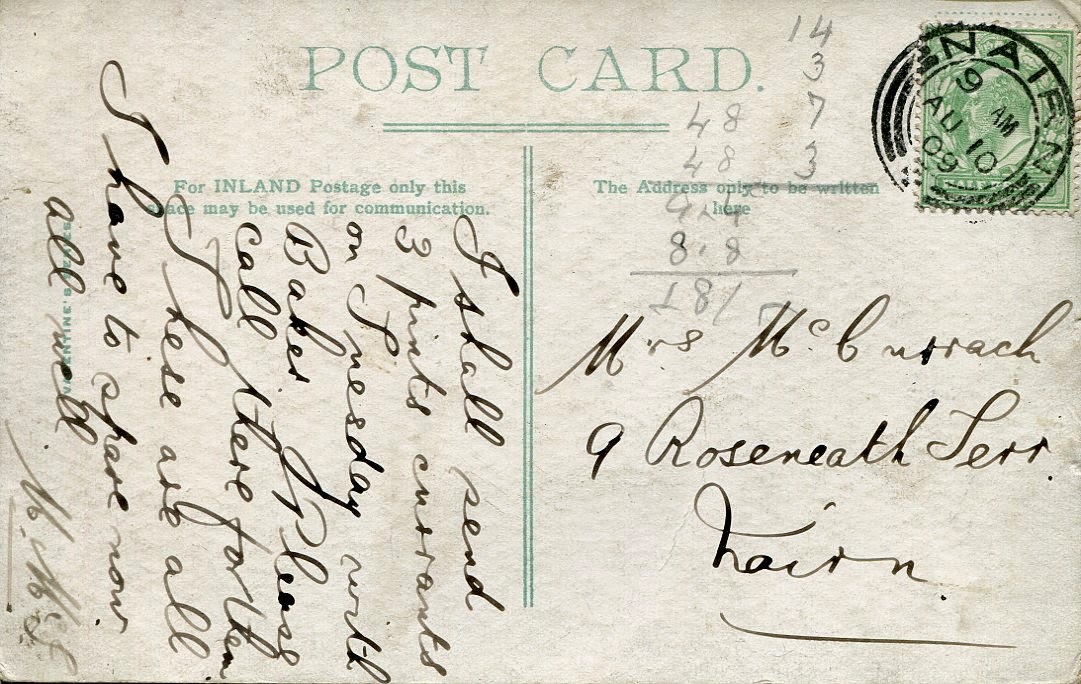 Black currants have been cultivated in Britain for the past 400-500 years - they are native plants that have grown there for a long time, though, and herbalists have known their benefits for far longer than that.  Black currants are a source of concentrated Vitamin C and are known to help cure scurvy.  During WWII, black currant syrup was provided to children as citrus fruits were hard to obtain.  My grandmother always put black currants in her scones and had a bush in her backyard in the Okanagan Valley (British Columbia).  Good way to ruin a scone, but if I grew up having to eat them, I think I might feel differently.

Communications like this postcard make me think of how little we would communicate if we had to consciously put a stamp on every e-mail or Facebook post - and how spoiled we are with our electronic communications in this day and age.

As you can see, the picture on the postcard is of the ruins of St. Andrews Castle - a 13th-century Medieval castle that served to house the bishops and archbishops of St. Andrews Cathedral.  There has been a castle at this location since 1189.  After the Reformation, the castle fell into disrepair, and the cathedral's structures mined for housing materials (I would think the castle's, too).

Located on the east coast of Scotland, south of Aberdeen and north of Edinburgh, St. Andrews is probably best known today for its golf course.  Here is a modern image of the Castle (thanks, Google Earth!!).  It hasn't changed a whole lot - as a heritage consultant, I'm glad to see the ivy growth has been taken off the structure on the left. 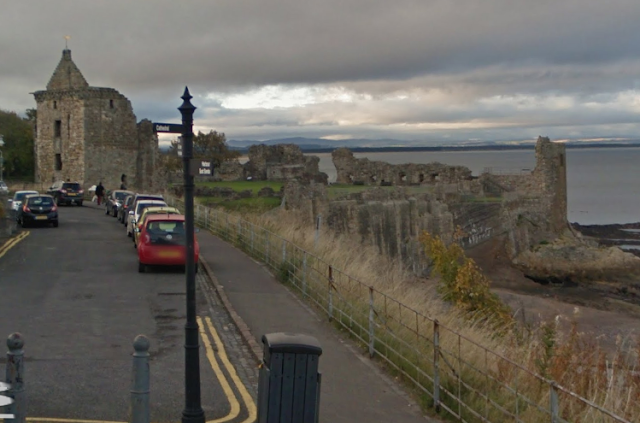 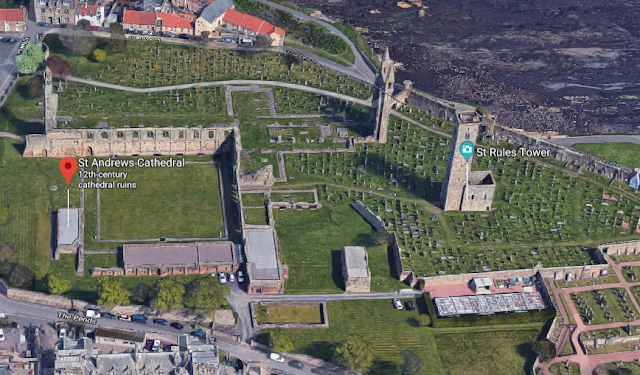 Location of St. Andrews in Scotland 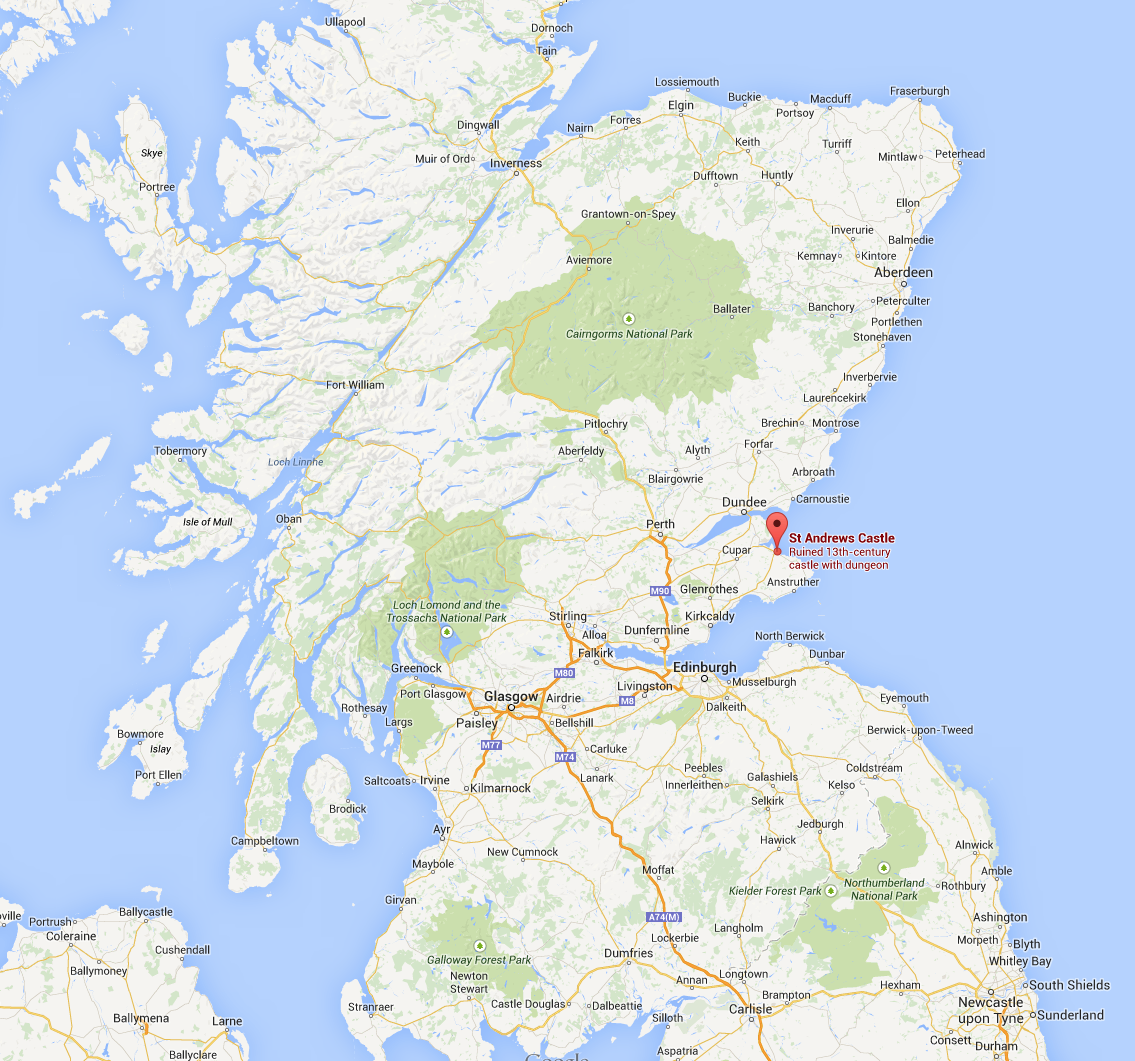 Obviously M McL (?) had an extra postcard hanging around that she used for a short note.  Very interesting behaviour, actually.  I wonder if she collected them from the places she visited or just bought them at the local shop.